This is a follow up to my last orchid-hunting post. Last week was my first official orchid-hunting expedition of the year, and I followed the suggestion of a fellow orchid-hunter to check out a new area (for me) – Fidalgo Island near Anacortes, Washington. In most places that aren’t very remote, it can take a bit of effort and searching to find that first colony. When I first reached my destination on Fidalgo Island, parked my truck on the side of the forest road and my foot touched the ground, I almost crushed the first spotted coralroot orchid of the day. They were everywhere! I continued to find them one after the other until it got so dark I could only see the sky above me through the trees. I also found the western fairy-slipper orchid in an equally surprising number just going into flower…. perfect timing!

click on any image to enlarge or for more information 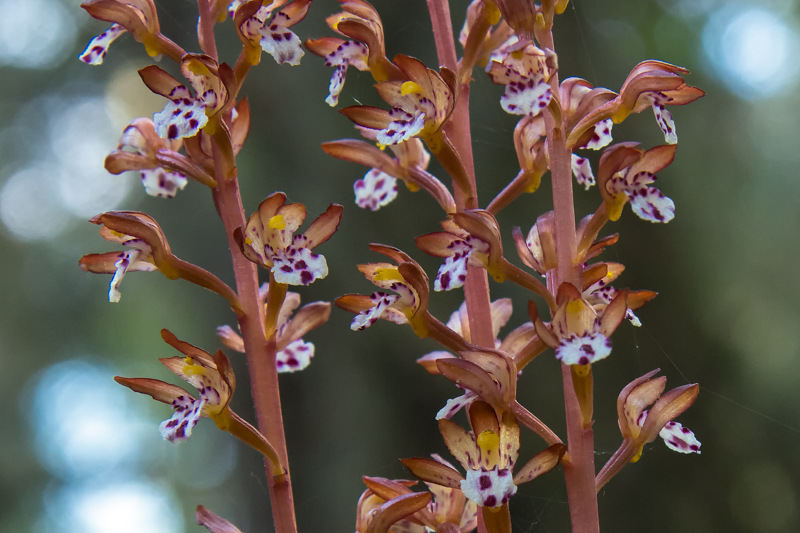 A spotted coralroot orchid growing in the coastal forest on Fidalgo Island. These beautifully spotted terrestrials are found across North America in northern forests from the Pacific Northwest to Newfoundland. Like most coralroots, they are often found on the forest floor in areas devoid of other low-growth/forest floor vegetation. I usually find them by habitat-type, as they seem to grow best in places where a bit of sunlight reaches a permanently dark forest floor, and can be spectacular when a beam of light penetrates the darkness to reveal this beautiful orchid standing tall. Because it lacks chlorophyll, the leaves of this plant do not use photosynthesis to create its own food, but unusually the ovaries of the flower can, in very small amounts. The main source of nutrients is like that of many other non-green plants (called myco-heterotrophs) – they parasitize the vegetative part of underground fungi, in this case – the mushroom family Russulaceae. 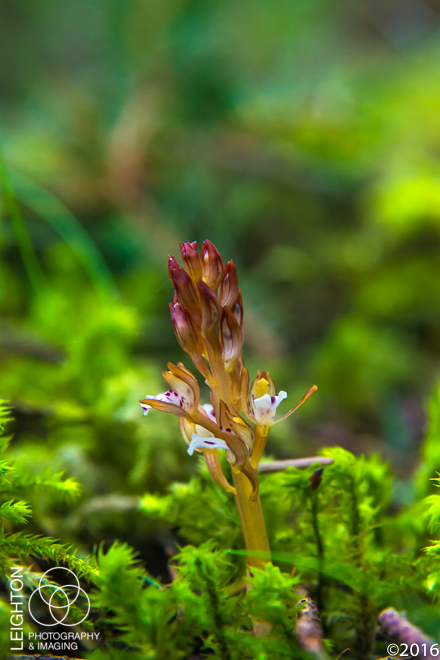 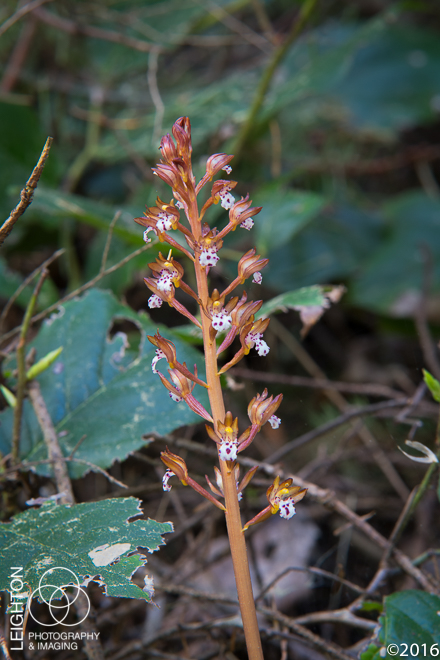 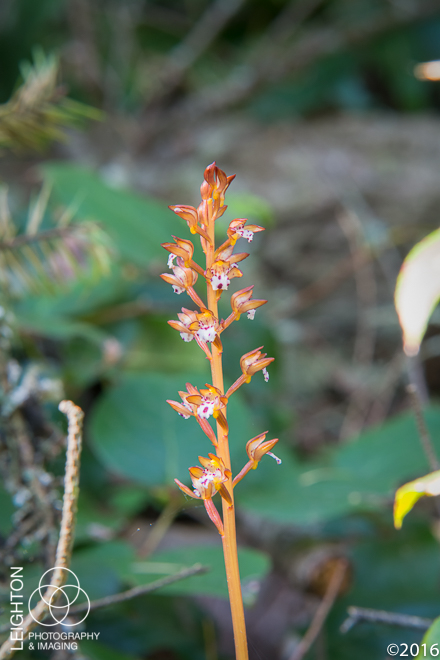 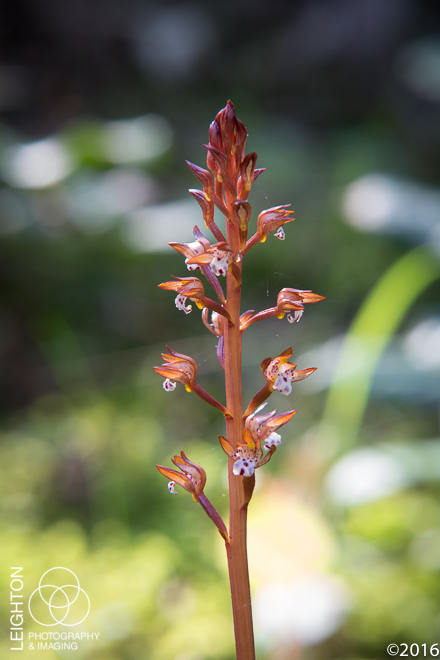 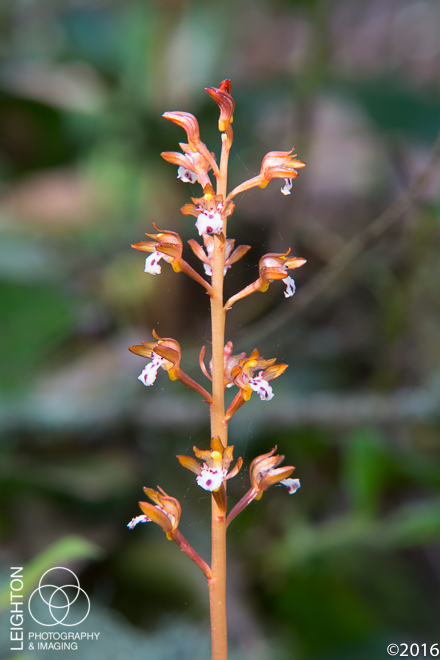 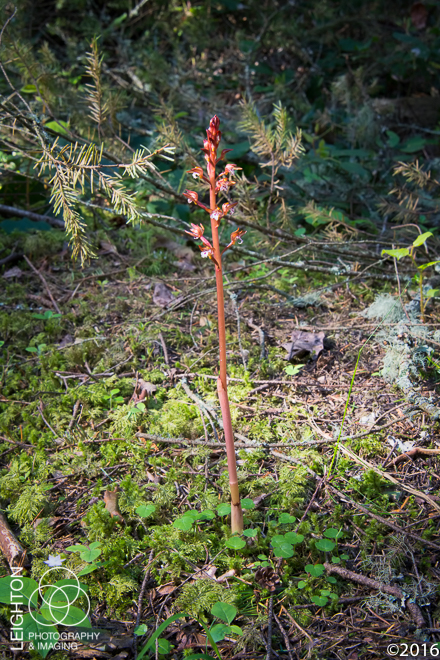 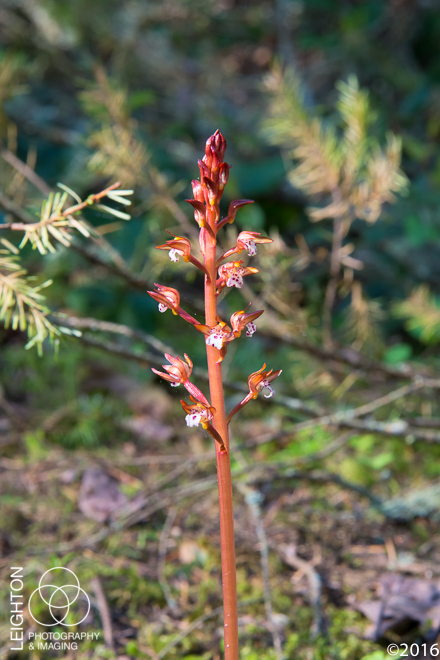 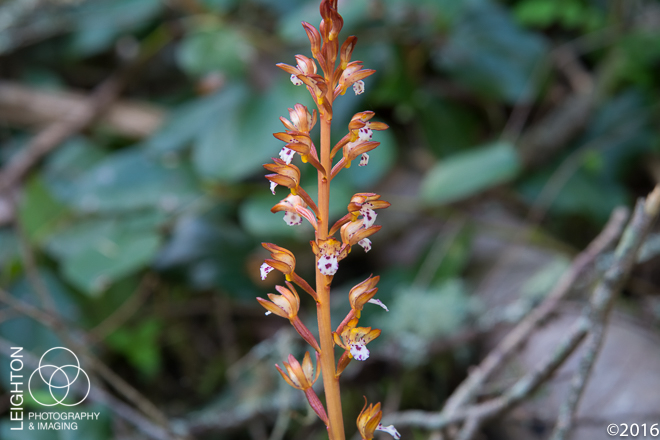