Last week was my first official orchid-hunting expedition of the year, and I followed the suggestion of a fellow orchid-hunter to check out a new area (for me) – Fidalgo Island near Anacortes, Washington. In most places that aren’t very remote, it can take a bit of effort and searching to find that first colony. Not on this trip. I found my first western fairy-slipper orchid on the side of the road while still driving through the coastal douglas fir forest. Not only were these everywhere in several locations I visited, I also found the spotted coralroot orchid in an equally surprising number just going into flower…. perfect timing!

click on any image to enlarge or for more information 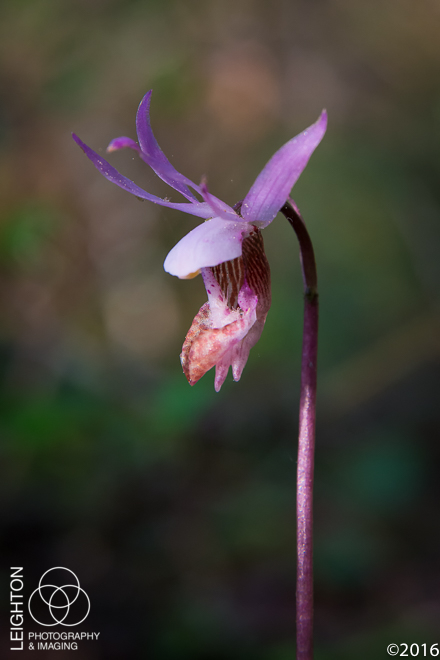 One of the most distinctive and favorite of the wild orchids of the Pacific Northwest is the western fairy-slipper. Also known as the calypso orchid, is primarily found in Northwestern California, Oregon, Washington, British Columbia, Alaska, Idaho and Montana in forests with rich, organic soils. One of the first of the springtime orchids to flower, when you find one, there are usually many, many more in the vicinity even though they can be hard to spot. Once you train your eye to the color and the diminutive size, they can suddenly appear in the hundreds. This one was one of many hundreds found growing on Fidalgo Island among the douglas firs within view of Rosario Strait. 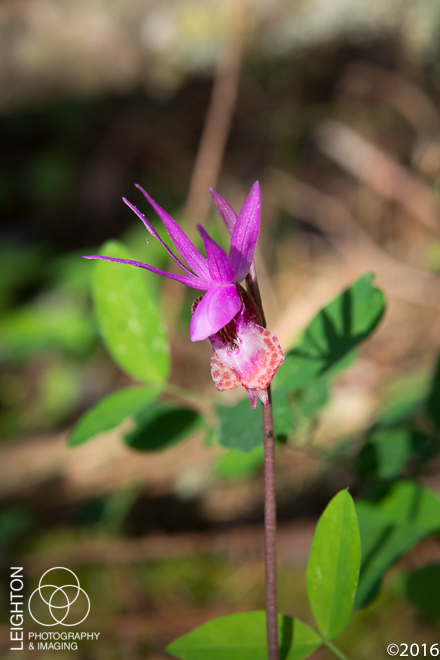 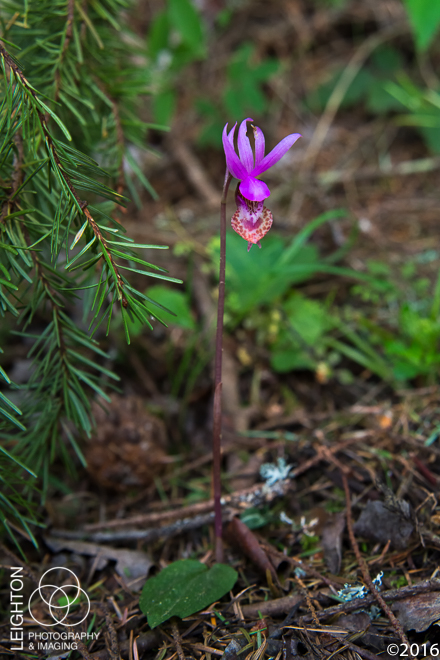 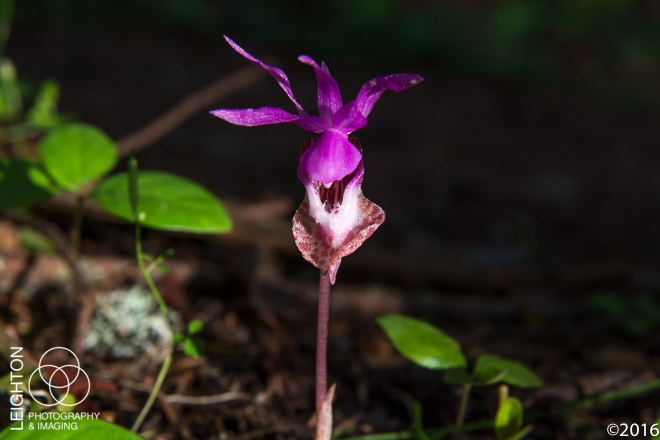 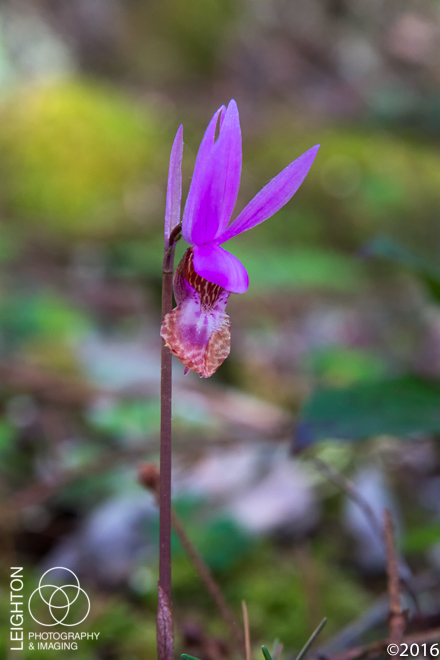 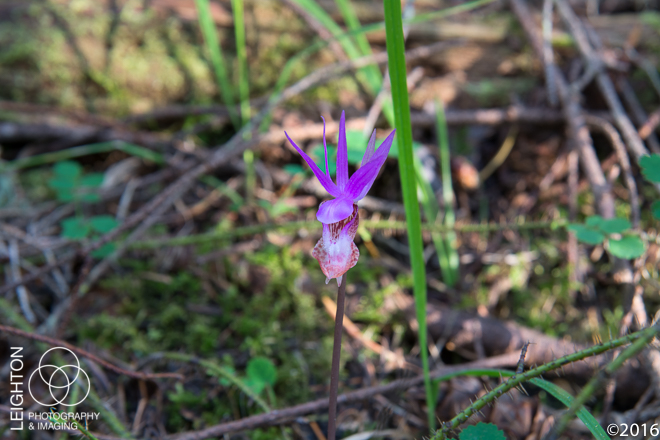 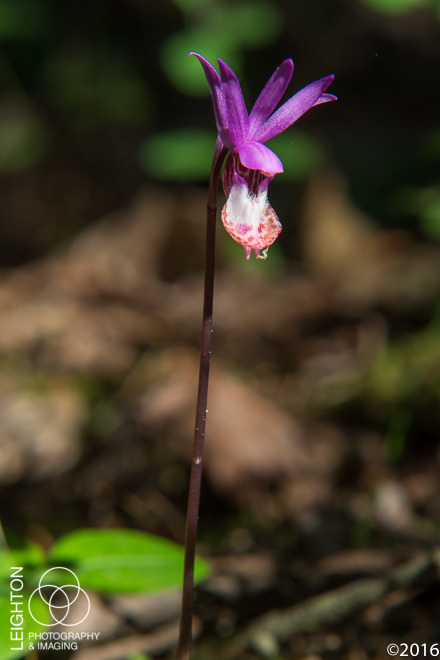 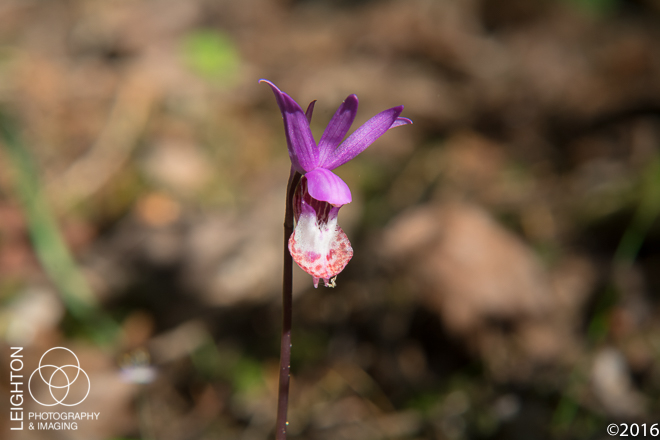 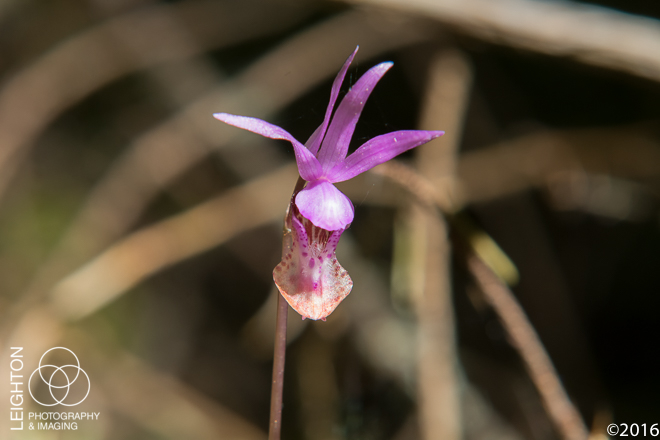 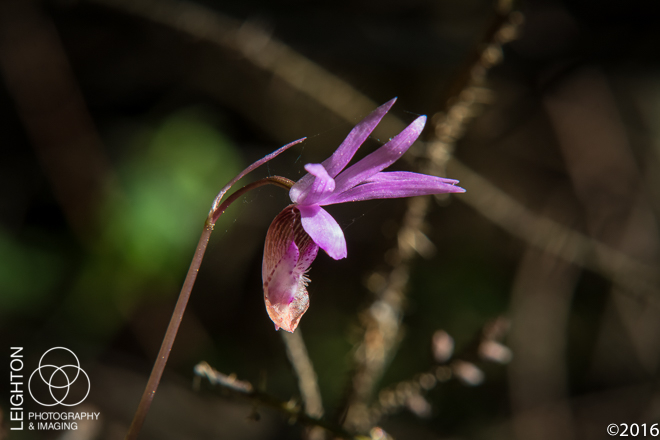