“If it looks like a duck, and quacks like a duck, we have at least to consider the possibility that we have a small aquatic bird of the family Anatidae on our hands.” ~ Douglas Adams

There is a park in Medina, Washington that has become my private outdoor office over the past few months where I collect my thoughts, write in my notebooks and generally get some peace and quiet when I need it. Over the past couple of weeks, I’ve been noticing many new ducks visiting the two ponds within the park, and several of them have been species I’ve never seen before – outside of nature field guides. Click any image to enlarge. 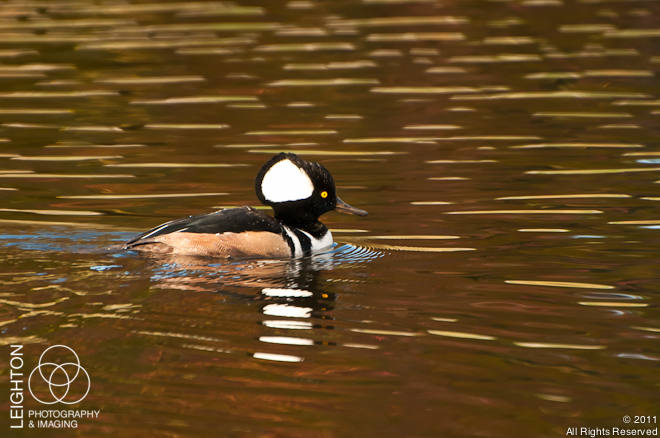 Yesterday, I decided to bring some of my photography gear and see what I could get on camera. To my surprise there were about six or seven species of ducks, two of which I hadn’t seen until that day. My favorite was the hooded merganser – a male resplendent in his winter breeding plumage! 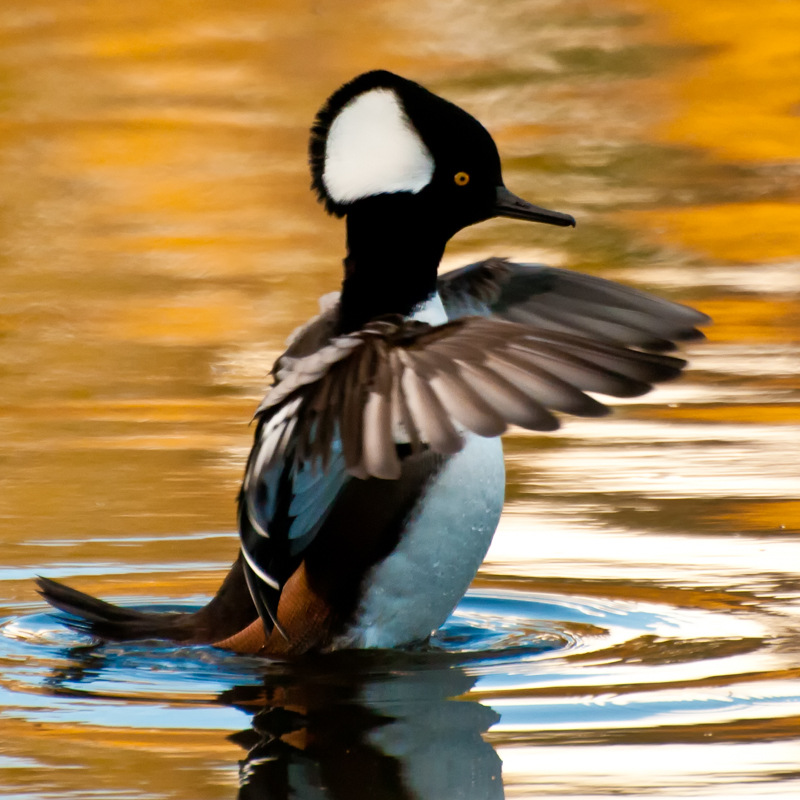 The hooded merganser is aptly named for the crest on the top of its head which when raised is a beautiful sight. It is also the second smallest member of the merganser species. 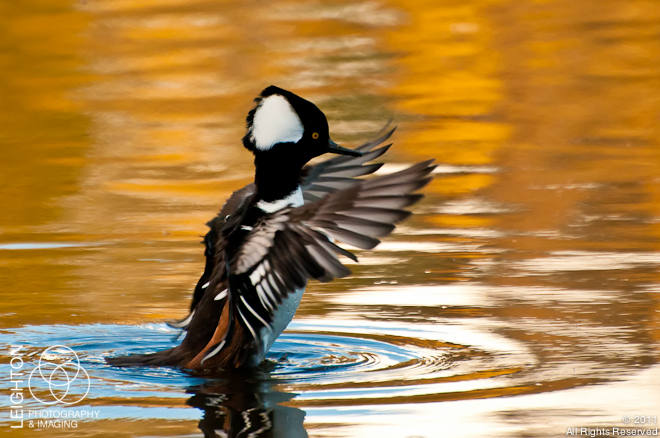 The striking black & white pattern and coloration of this breeding adult were made only more beautiful by the golden and copper trees reflected in the cold autumn water. 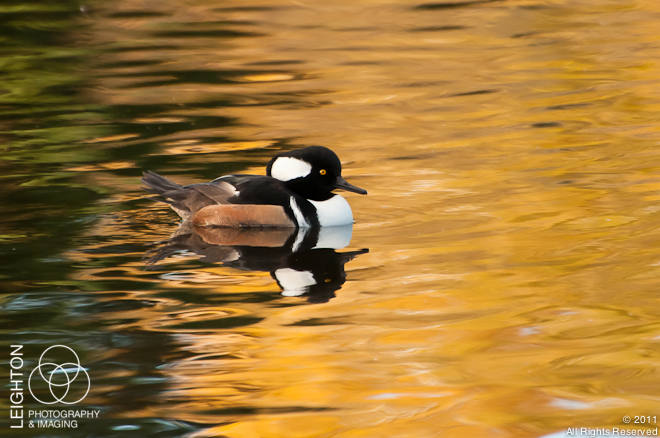 As could only be expected, this handsomely dapper hooded merganser had attracted some females, which are quite different in appearance. Missing are the bold patterns, striking golden eye, and the frantic activity which no doubt got this particular female’s attention. (Below) 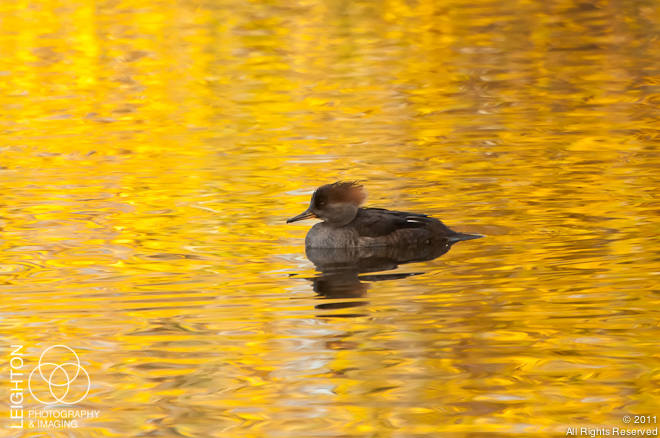 Since my web gallery for Ducks & Geese has been embarrassingly bare, I think now this one pond will give me the opportunity to fill it up with new images!