Today I visited a new place as I continue exploring Washington State and move farther and farther from my home to look for native wildlife to study, photograph, and eventually hope to write about with some degree of authority as I become more familiar with my surroundings and its natural rhythms. Sometimes new and previously unvisited locations seem to have a kind of “phantom familiarity.”  I had that experience today as I visited the Nisqually National Wildlife Refuge.

In North Florida over the past several years, I was a regular visitor to the St. Marks National Wildlife Refuge on the Gulf of Mexico, famous for its spectacular abundance of wildlife – particularly in migratory species of birds. Over the years I came to know all of the trails very well through all the different seasons. The primary habitat was estuarine mud flats surrounded by salt marsh. At roughly 2800 miles to the northwest, the Nisqually National Wildlife Refuge is very much the same. The only difference being instead of warm Gulf waters dictating the natural rhythms, here the Puget Sound and the cold waters of the Pacific Northwest are in charge. 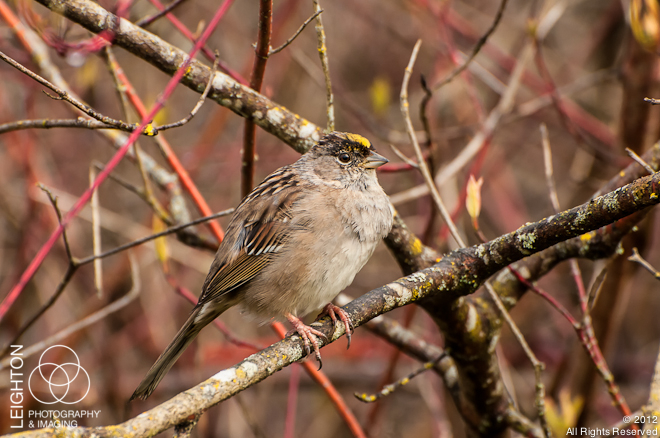 Even some of the wildlife is the same, but of course there are many new species of which I’m only beginning to see for the first time. Similar  animals I’ve seen at both locations after my first trip are: great blue herons, ovenbirds, greater yellowlegs, American coots, American bitterns, mallard ducks, ring-necked ducks, American wigeons, buffleheads, northern shovelers, song sparrows, American robins, red-winged blackbirds and bald eagles.

What was new today was seeing for the first time: northern pintails, green-winged teals, common mergansers, all sorts of new seagulls (I’ve always been horrible at identifying them), yellow-crowned sparrows, a different-looking yellow-rumped warbler (different species?), possibly two different types of swallows, a huge turtle that was completely unexpected, and the first mink I ever saw that conveniently popped up by me for about three seconds as I was changing lenses on my camera.

I think I’ve found a new future stomping ground….. many more photos on the way, I thought I’d just get one of them out on the same day while the memory was still fresh.