“Consider the Lichen. Lichens are just about the hardiest visible organisms on Earth, but the least ambitious.” – Bill Bryson

Lichens are very interesting when it comes to the silent natural world. Instead of being dumb, timeless decoration on rocks and trees, consider this: over the ages this blend of fungus and algae has evolved from scavenging and invading molds, mildews, mushrooms and other fungi for a living to actually cultivating, propagating and using a symbiotic relationship to sustain itself. These are agricultural engineers that are working hard slowly and silently for future generations: algae produce the photosynthesis, carbohydrates, vitamins and proteins, and the fungus provides the protection and support structure in which the algae can thrive. Collectively, this is called a lichen. 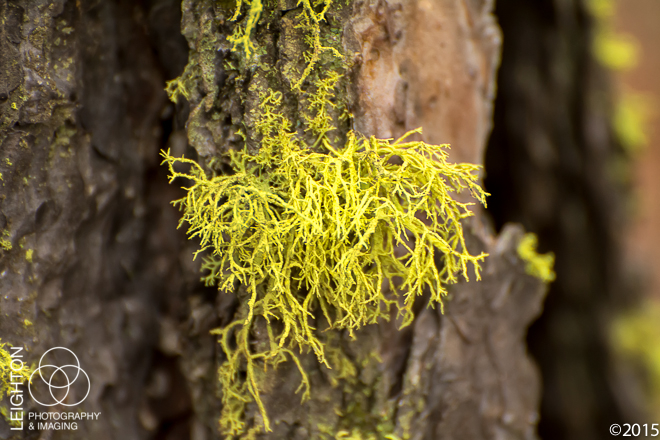 The so-called wolf lichen is a native fruticose lichenized fungus found in the Rocky Mountains, the Pacific Northwest and western Europe that gets its name from its historical use as wolf and fox poison in European cultures centuries ago. When mixed with meat and ground glass, it is reported to be deadly to all canines. Native tribes in the Pacific Northwest are said to have used it to make a yellow dye for furs, animal skins, feathers, etc. It was also used by some tribes to make poison arrowheads, while others it was used as a weak tea to treat stomach and other internal disorders. This one was photographed in the Turnbull National Wildlife Refuge just outside of Cheney, Washington. 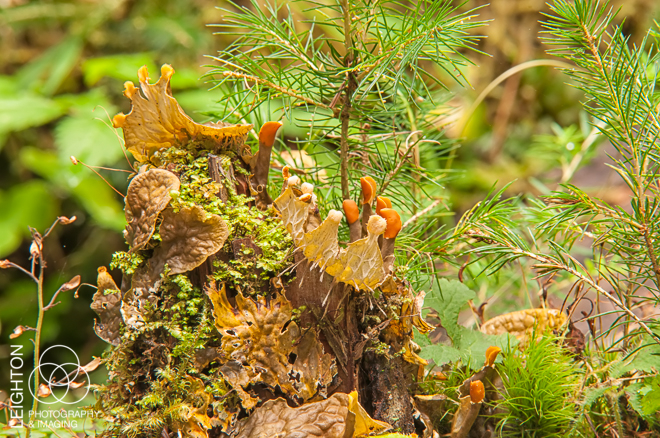 One of the more interesting and unique lichens found in the forests of the Pacific Northwest is the frog pelt lichen. It is rather common here, and can range in color from bluish green to olive brown, and is found growing on both rocks and dead wood, in shady, open forests at varying altitudes. 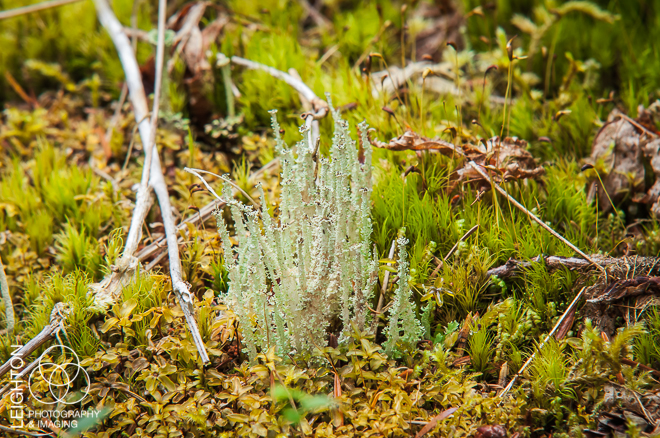 The dragon cladonia is an upright, scaly lichen that is found in wet, dark forests around much of North America and Europe, usually growing on rotting logs. This one was photographed near the Hoh River in the Olympic Mountains in Western Washington. 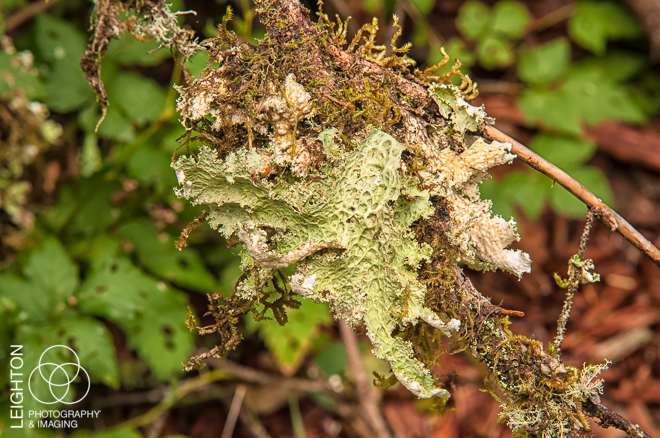 This strange and seaweed-looking lichen is very common in the dark wet forests on the Pacific Northwest. It grows in old-growth conifers, then eventually falls to the forest floor where it is often eaten by elk and deer. 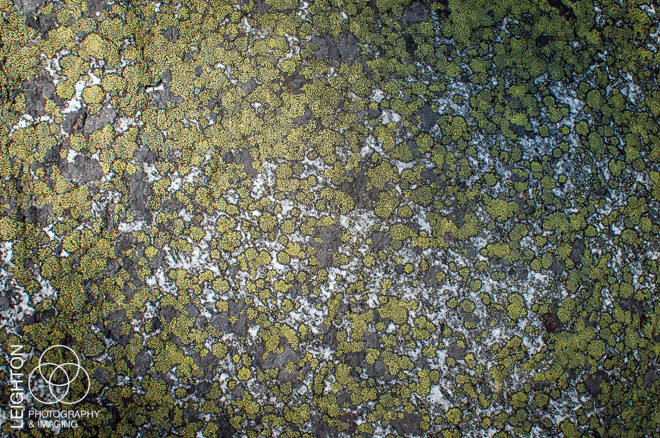 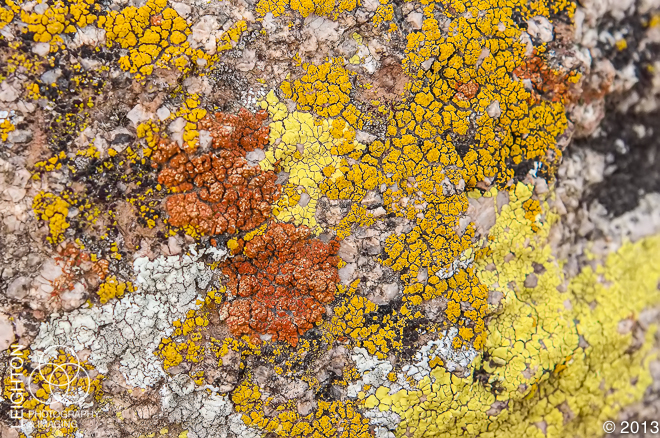 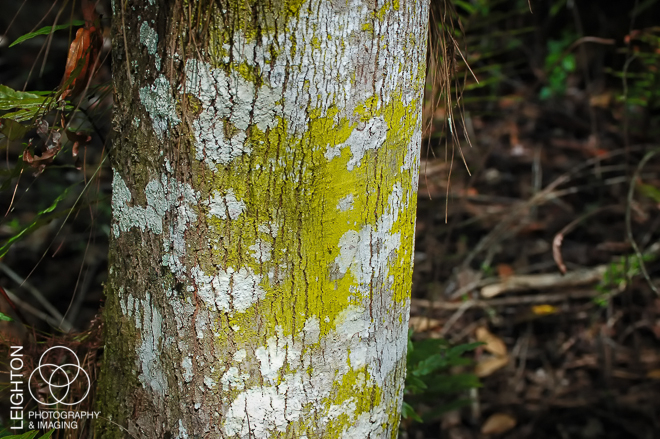 The bright yellowish-green patch on the cypress trunk consists of Chrysothrix candelaris, a species of crustose lichen. The greyish-white lichen is Cryptothecia evergladensis, a different type of crutose lichen. This tree with both species is growing in the Fakahatchee Strand of the Northwestern Florida Everglades. 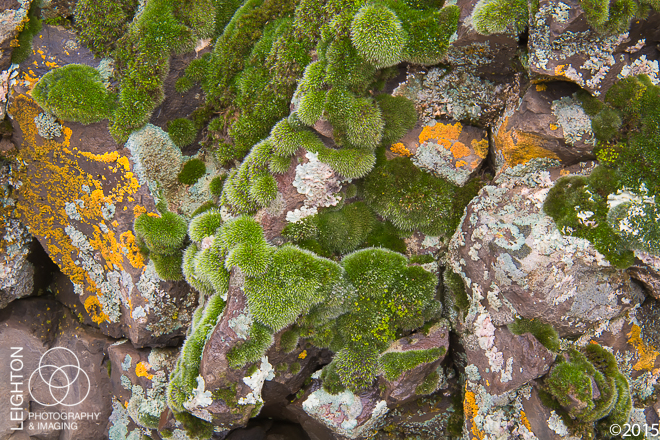 This wildly colorful community of mixed lichen and an (as yet) unidentified moss covered the basalt cliffs in rural Central Washington north of Ephrata in the middle of January. 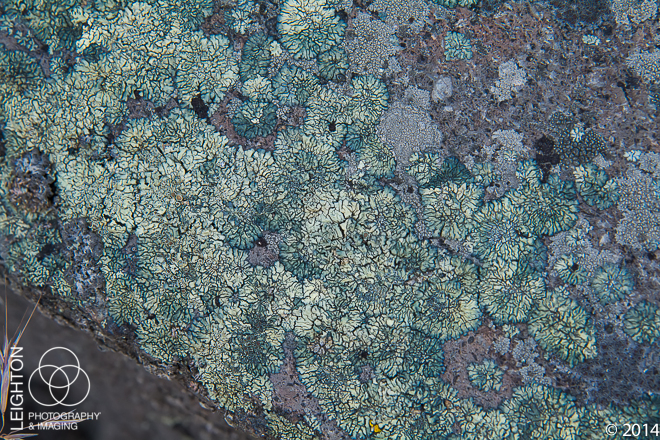 This beautiful teal-green bullseye lichen was found growing in the Oak Creek Wildlife Recreation Area just west of Yakima, Washington. If you look closely, you can see the small fleshy fruiting bodies in the center of each lichen that will eventually release its spores to propagate the next generation. This region of the Pacific Northwest is very dry and rocky, and most of the basalt surfaces are covered in multiple types of lichen. 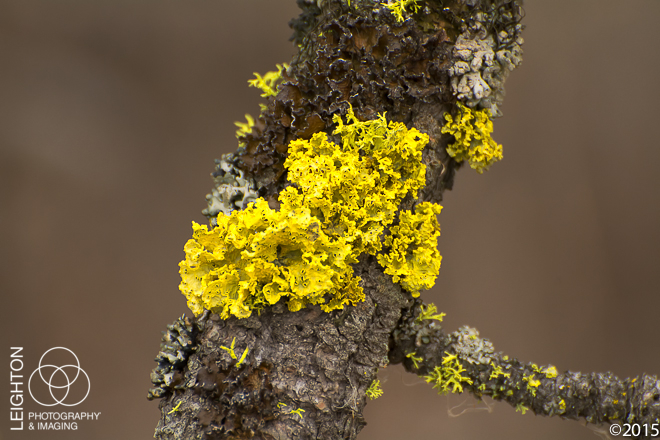 This striking yellow fungus seen here in Eastern Washington near the Idaho border is a type of lichenized fungus found growing on trees. The bright yellow color comes from pinastric and vulpinic acids – two substances only found in lichens that are believed to repel the insects and other wildlife that might eat it. According to Swedish peasant folklore, this lichen will kill foxes, but is completely safe for wolves and dogs. 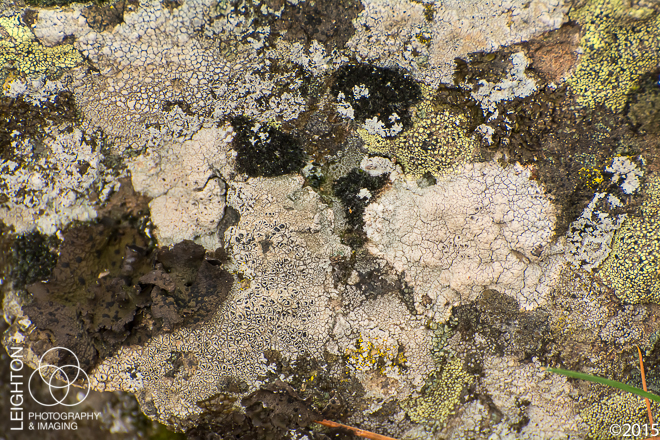