Forest F’owl! A Barred Owl in the Cascade Foothills

Yesterday I was spending a nice family day/Memorial Day with my wife and kids and we went for a late afternoon/early evening hike through the old-growth forest around Deep Lake in Nolte State Park which is about 40 miles southeast from Seattle in the foothills of the Cascade Mountains. Oftentimes when it’s a family day I don’t bring my camera because I like to have that separation between family time and work time, but since I recently had a very essential work lens (70-200mm f/2.0) repaired and returned and I wanted to run off some shots to to see if the focus was working properly. With it I brought along my new backup camera that I’m not completely familiar with, so I could get a little practice time in.

~ click on any image to enlarge or find out more information ~ 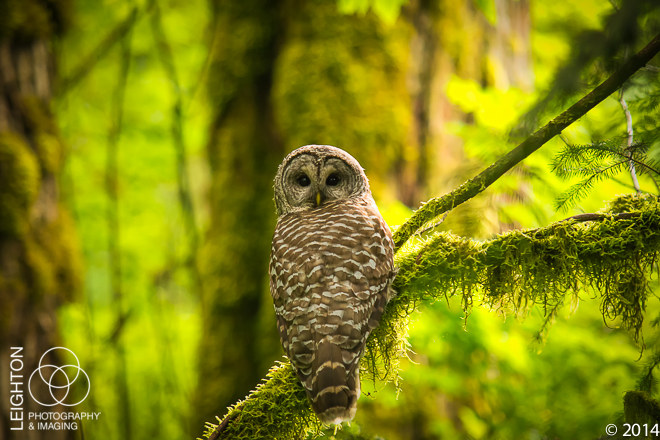 About five minutes into our hike, there was a cacophony of angry birds just up ahead. Dark shapes were swooping through the darkening forest limbs and it was a very unfamiliar bird call to me. Another couple of steps after a pause to listen, then I saw American robins swooping aggressively over a particular patch of the forest where there was a small clearing. In the middle perched a huge barred owl that was looking straight at me from about 25 feet away, and dipping its head from time to time as another dive-bombing robin swooped in. I think I was probably more surprised by the aggressive behavior of the robins which I’ve never seen before, but this was also the first barred owl I’ve seen up close in the state of Washington. My guess is that the robins were nesting closeby and didn’t appreciate an unwelcome bird of prey so close to home. 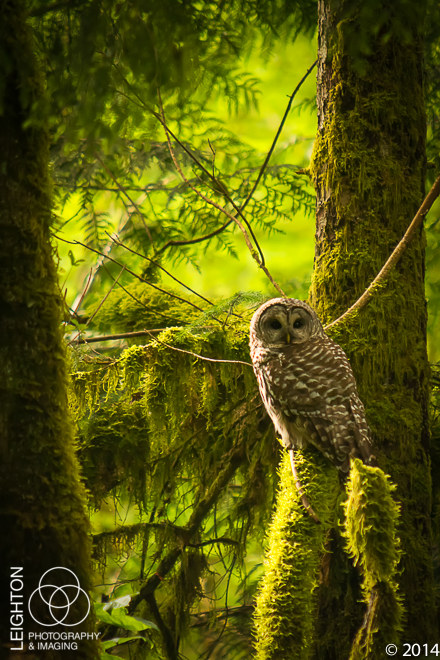 I had about a minute to run off some shots and test out some different ISO settings before the owl finally had enough of the kamikaze assault and silently took flight and gracefully melted back into the darkening forest. 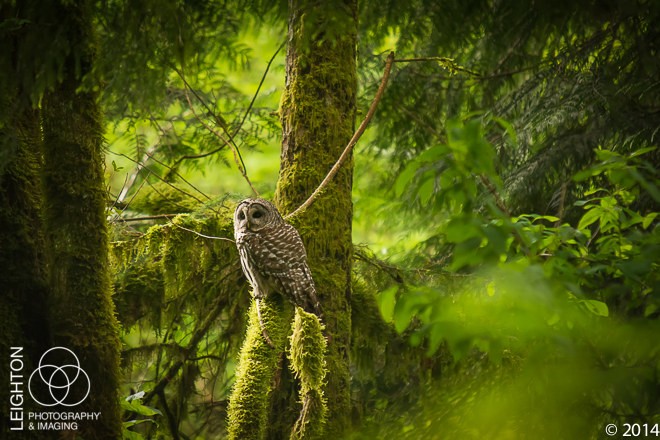