Hey everyone! Welcome to the first official Florida Nature Photography post. I’m just letting everyone know that the new website is up and online and that there is finally a new batch of photos from all over the sunshine state. Since our last posting of new photos – I have traveled to more than half of the counties and most of the state forests and been suffering from poison ivy nearly continuously as a result! Go to www.floridanaturephotography.com to see all the new features, photos, galleries, and layout.
Now, for the new photos …….. 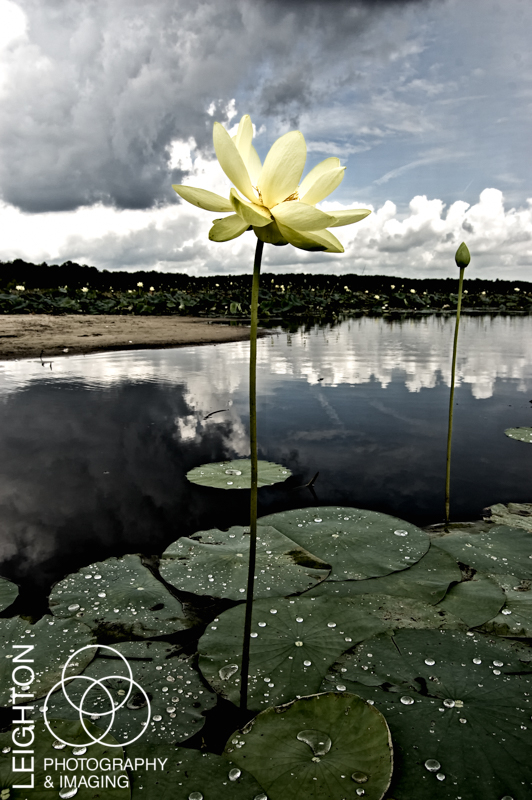 Dramatic photograph of an American lotus with approaching storm on Lake Jackson in Tallahassee, Florida. 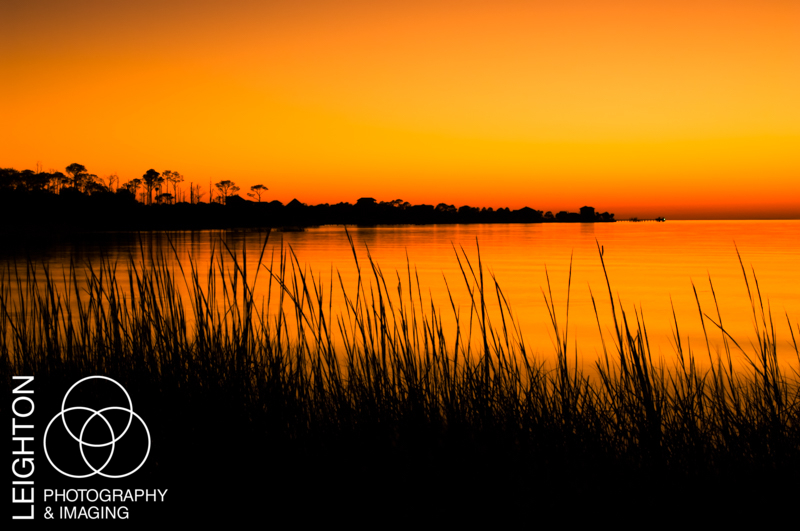 A wildly orange sunset over St. George Island on the Florida Panhandle. Even though the mosquitos were awful and something big was buzzing around my head, the end result was very worth it. 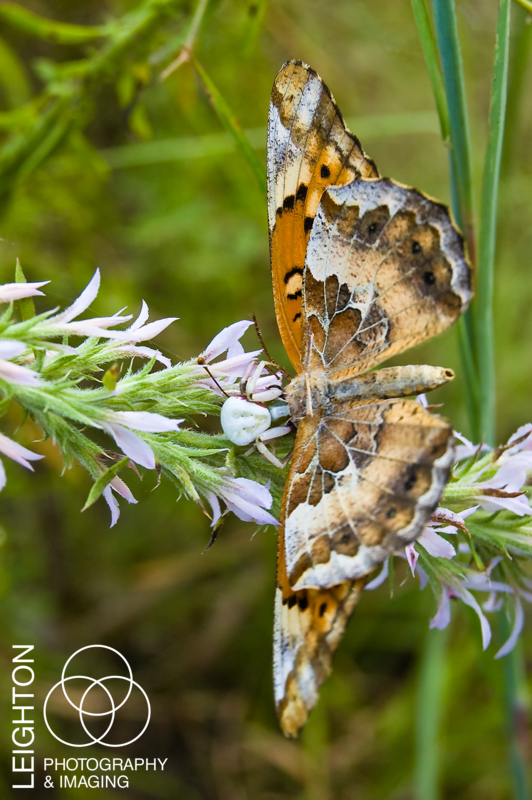 Goldenrod crab spider eating a variegated fritillary butterfly in the Lake Talquin State Forest. This little camouflaged spider really blends in with these flowers where the butterfly feeds. 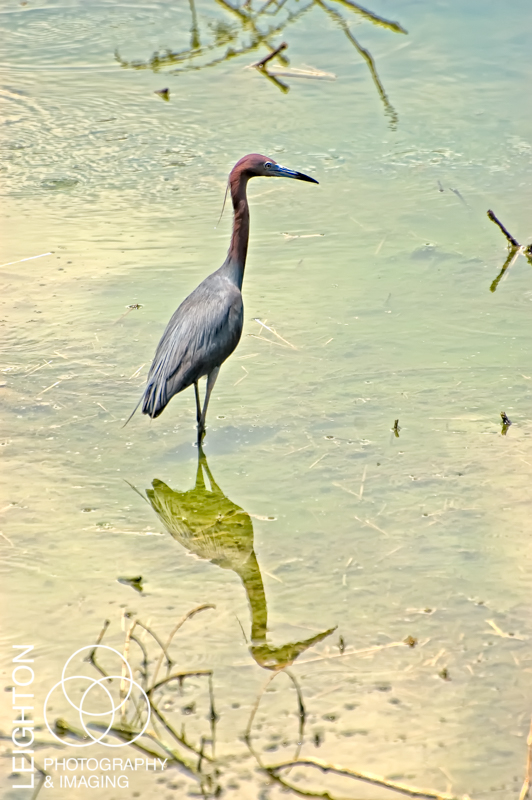 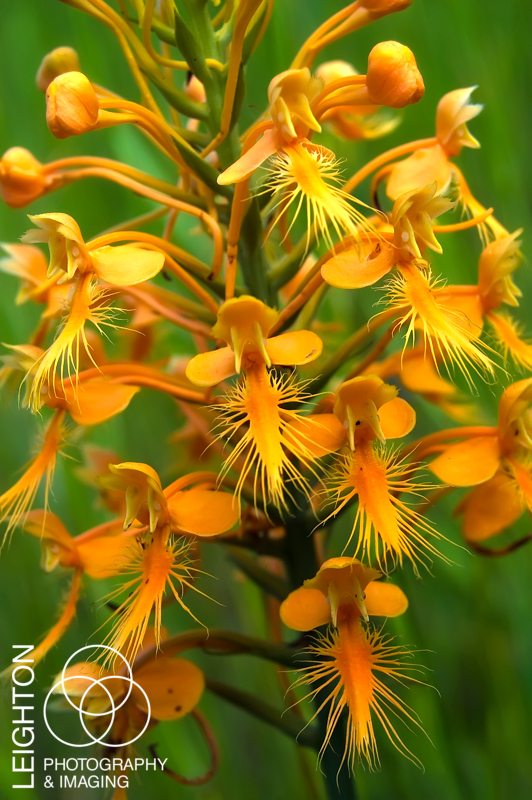 Orange fringed orchid close-up (Platanthera ciliaris) in its natural environment in North-Central Florida. This was the largest of a colony of about fifty or so of these beauties found. 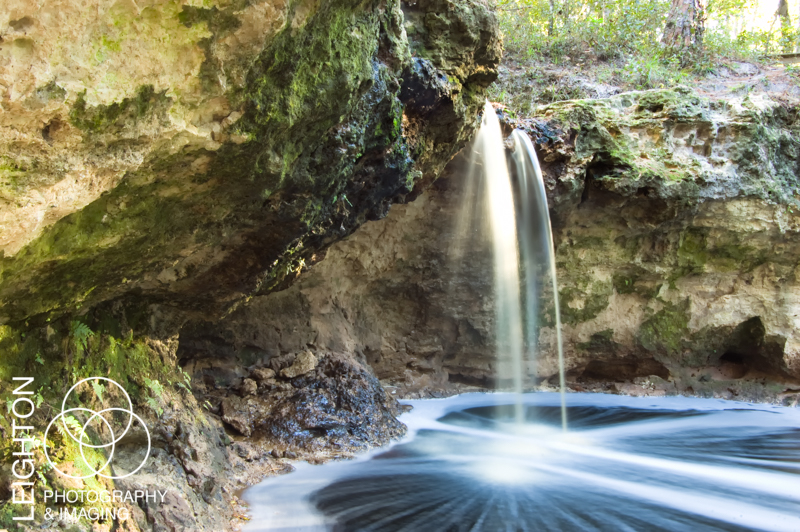 This rare natural waterfall is found on the edge of the Osceola National Forest in Columbia County, north of Lake City. This is just one of the many extraordinary sights to be seen in rural Florida! 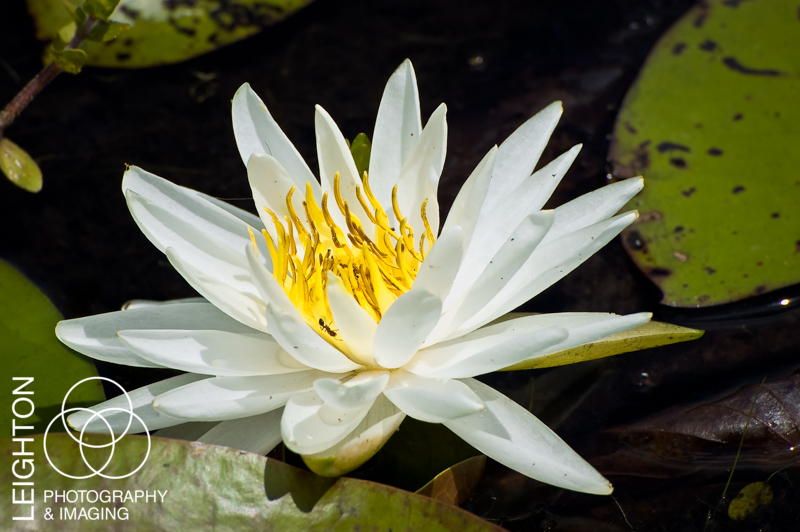 Water lily with fire ant. These classic flowers are common all over Florida where the water is shallow, clean, and has a nice “mucky” bottom – all the organics needed to support them. 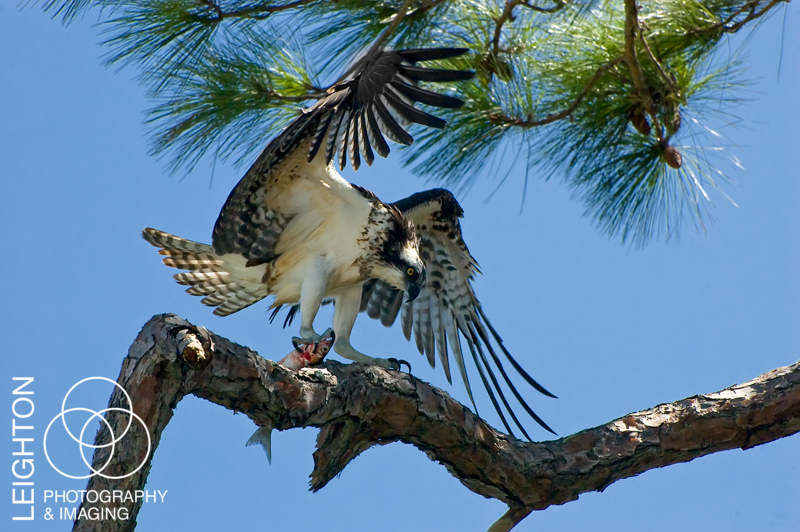 Osprey with a fresh mullet in the Apalachee Bay area in North Florida. This large bird of prey was photographed with my favorite technique to getting close to birds – using my car as a blind, and balancing the zoom lens against the door frame – I didn’t even have to get out of the car! 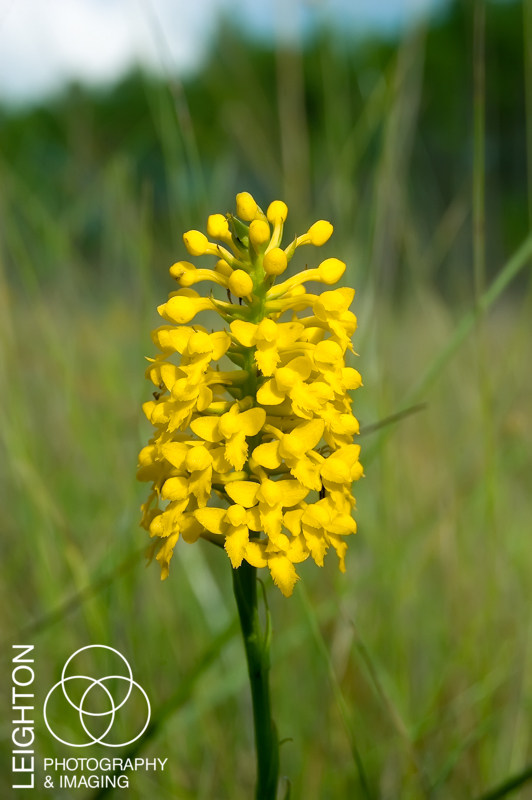 The brightly yellow fringeless orchid (Gymnadeniopsis integra) growing in a seepage swamp in Liberty County. This is one of the more rare orchids of North Florida. At first one was found, then scanning the prairie – I found another, then another, then nearby I there were over one hundred more – all in the same stage of blooming. The color of these is exactly like that of a yellow Crayola crayon! 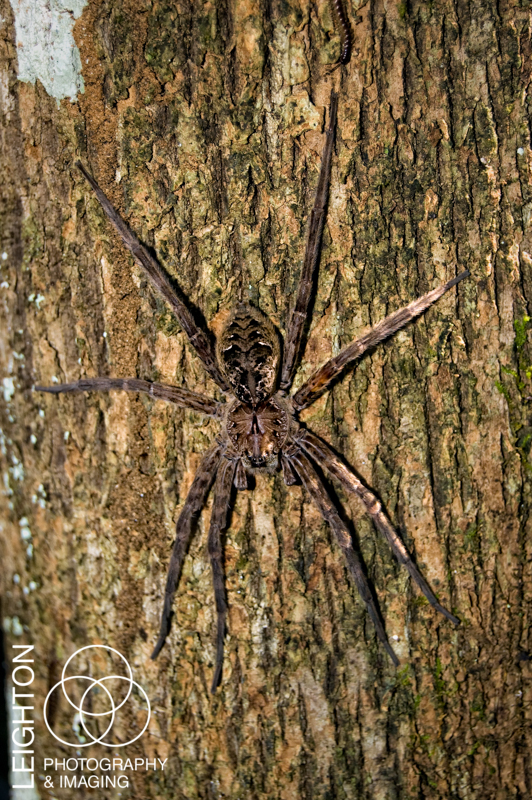 Huge fishing spider carefully photographed in the Fakahatchee Strand. These guys can get aggressive and do bite hard! For those familiar with bald cypress trees and its bark – you can see how big this monster was! 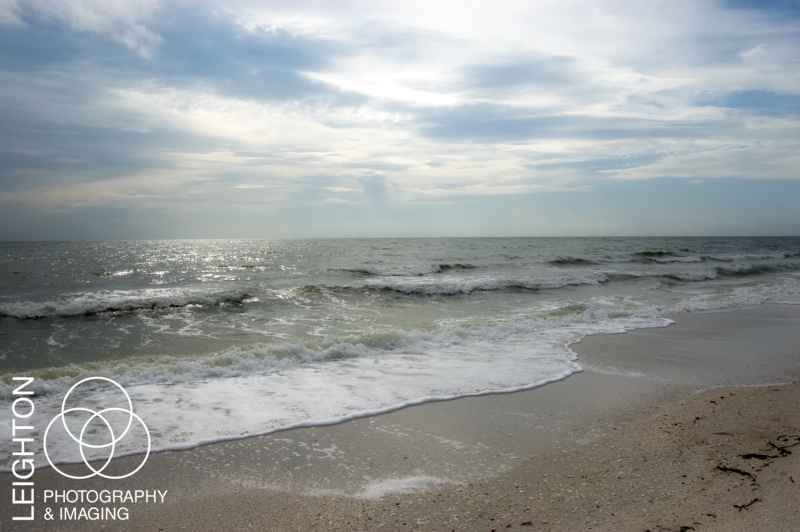 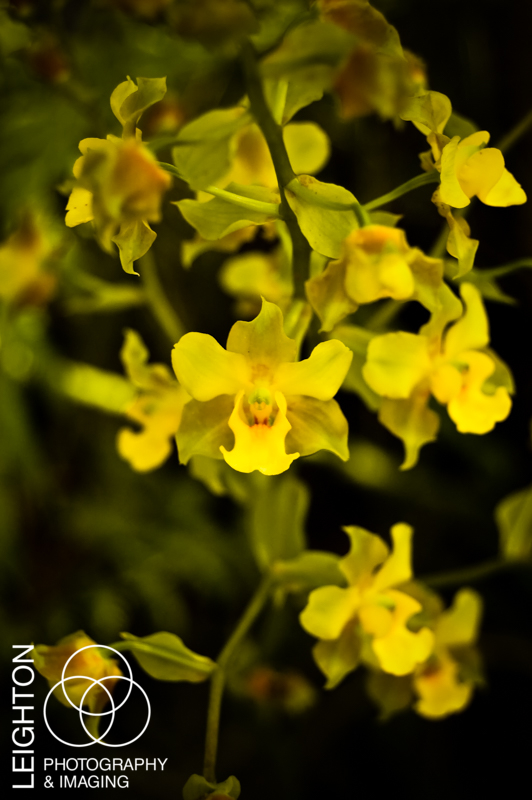 Yellow cowhorn orchid (Cyrtopodium polyphyllum) photographed in the pre-dawn in South Florida with a ring-flash. Hopefully this one will be safe from poachers! A fellow orchid enthusiast pointed another one out to me this past summer that has since then been stolen from the Fakahatchee Strand. 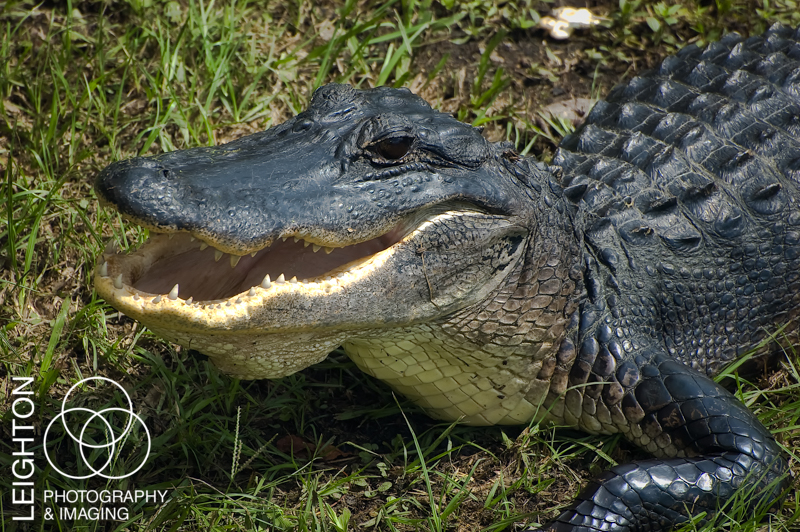 Young alligator warming up in the fall sun by a pond in Jefferson County. This one was about four feet in length. 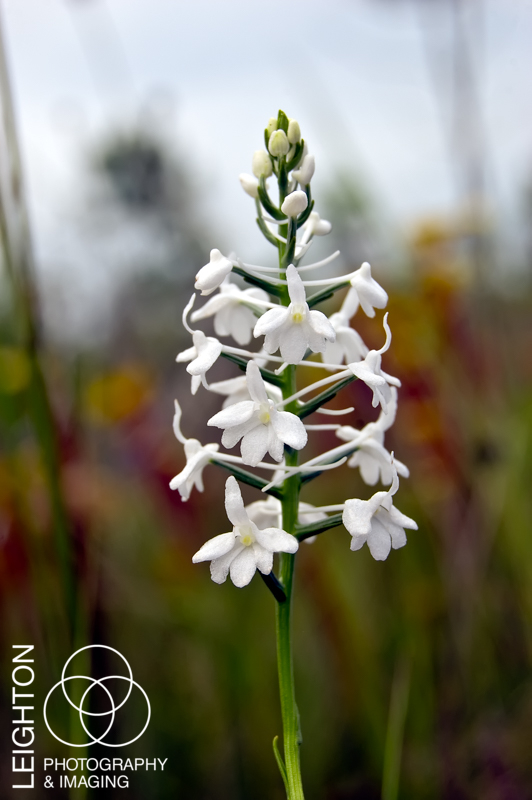 I hit the jackpot in the bog where I photographed this beautiful snowy orchid (Gymnadeniopsis nivea)…. there were upwards of 3000 or more in bloom within an area the size of a football field! A week later I only found three of them that still had flowers. Timing is everything! 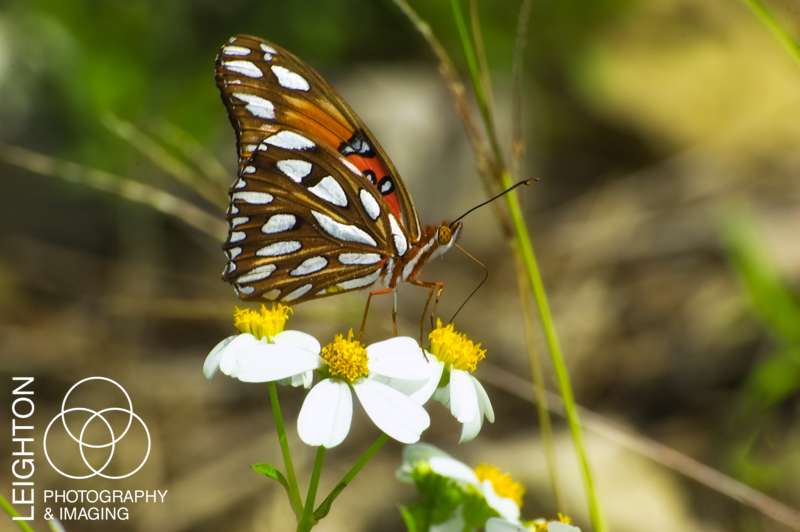 Close-up of a gulf fritillary feeding on wildflowers on the Florida Panhandle. 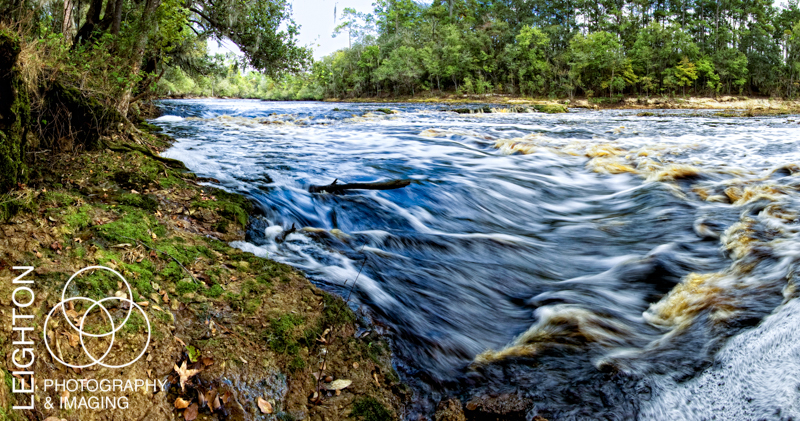 Big Shoals along the Suwannee River in North Florida. Panorama photo composed of five stitched images. This was an experiment is making a panorama with a long exposure, and with the camera turned vertically to make a huge image. A little distortion occurred – but I liked the effect! 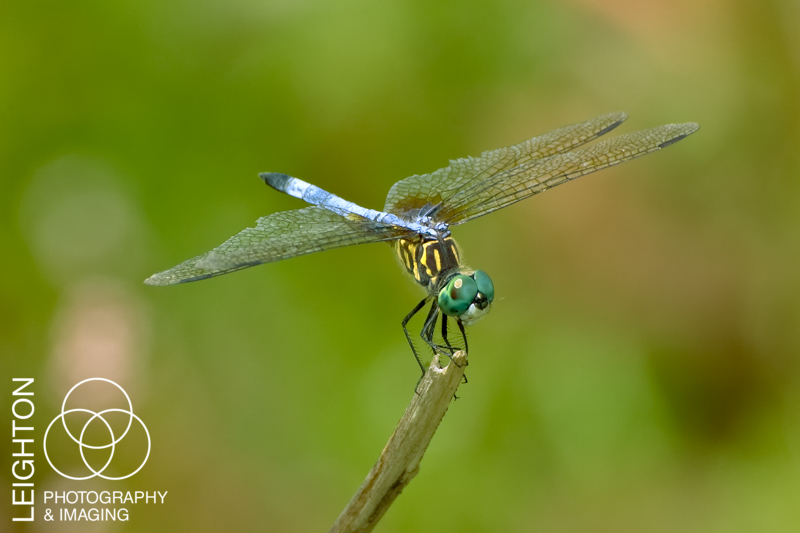 A beautiful male blue dasher posing on a stick in Tallahassee, Florida. Males are bright blue with green eyes, and the females are a drab brown with dull yellow stripes. 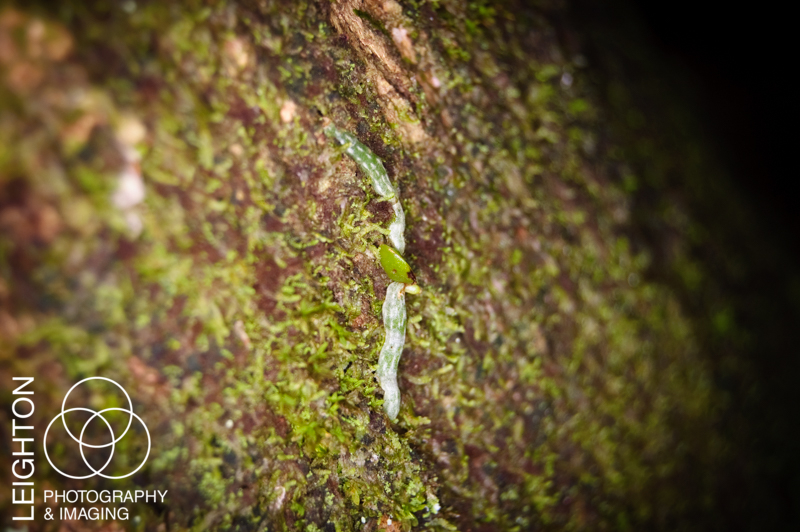 A very rare sight!!! Although the ghost orchid (Dendrophylax lindenii) is known as a “leafless orchid” – when it is just sprouting its recognizable and distinct roots on its host tree, there is a tiny vestigial leaf – an evolutionary throwback to an earlier ancestor – or (and/or) a source of chlorophyll to help get this little seedling started before the chlorophyll in its epiphytic roots can take over the job or converting sunlight into energy. 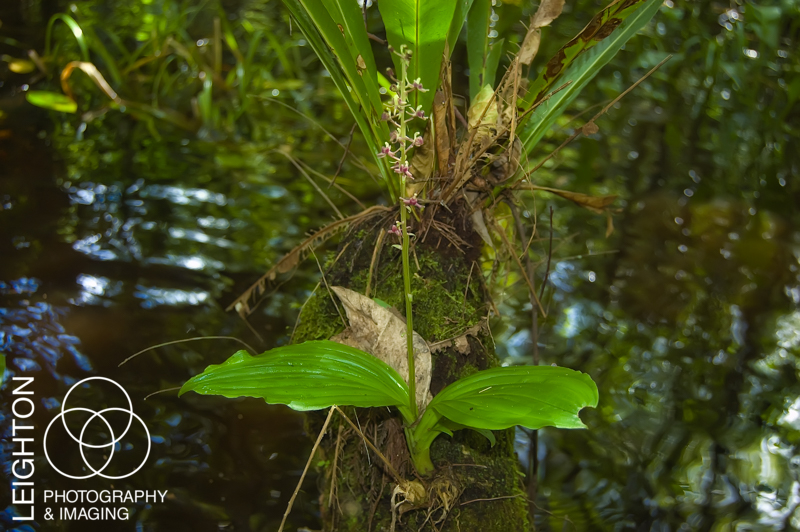 The tall twayblade (Liparis elata) is a common orchid in the Fakahatchee Strand during the hottest part of summer, and so far I have not seen it anywhere else but here. It is easily spotted by its large lettuce-like leaves growing from any submerged log or cypress stump. 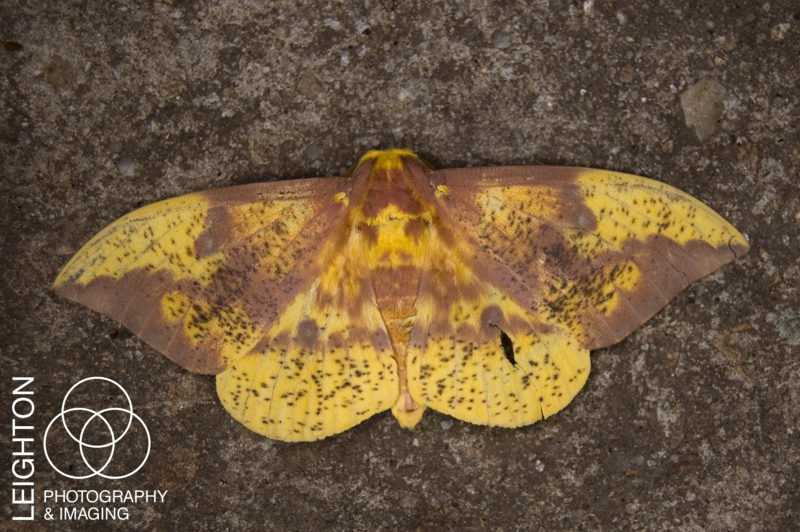 This large four-inch yellow imperial moth was hanging around our front porch for a couple days in Tallahassee. After several bad attempts at photographing it, I finally got it right with a ring flash at about 2AM on the sidewalk. 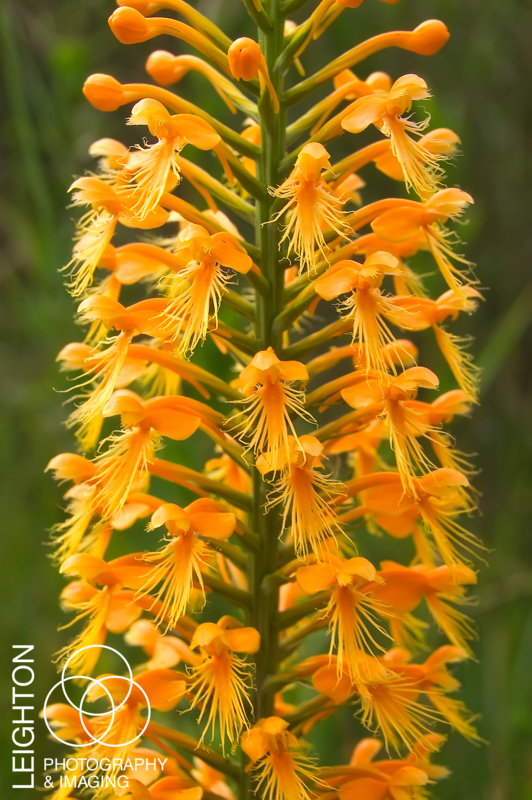 A massive specimen of the Chapman’s fringed orchid (Platanthera chapmanii) in the Apalachicola National
Forest growing next to a small water pool in the edge of a pine stand. These are quite difficult to find, and I’ve only found them in two locations so far. Luckily you can see the bright orange from a long distance! 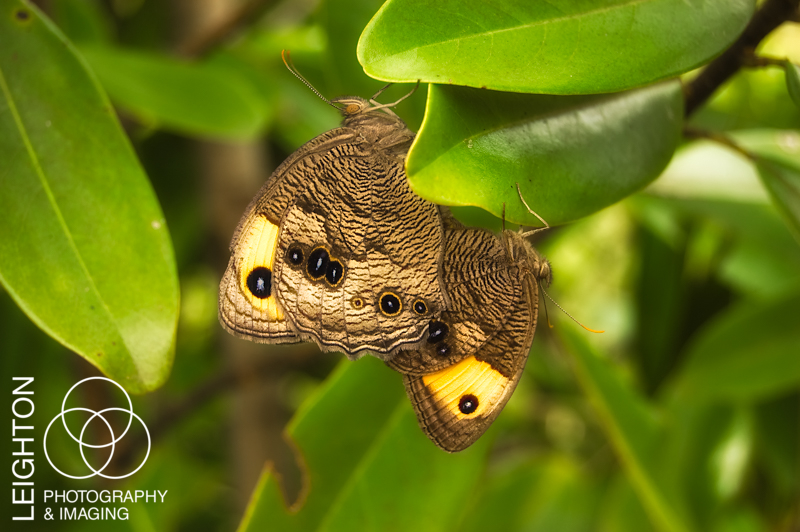 While uncommon in Florida, this pair of common wood nymph butterflies was obviously preoccupied from their normal habit of flying away and landing on the other side of pine trees to escape being photographed. These were found after I’d completely given up on trying to photograph this species. 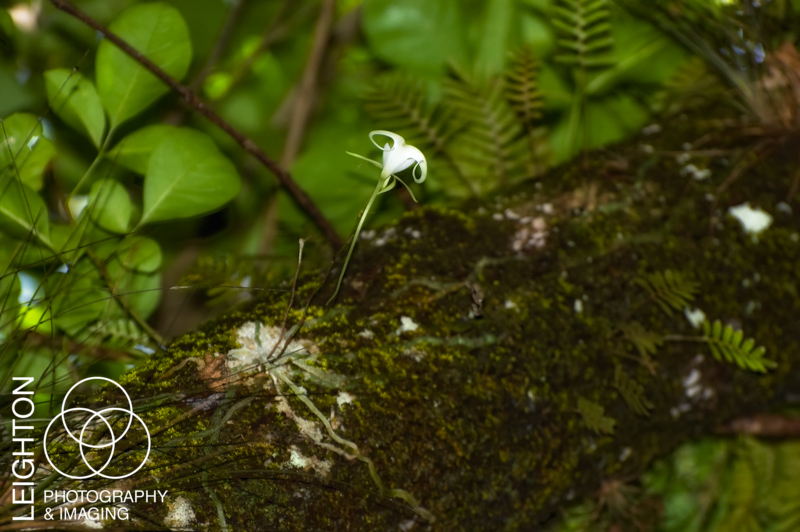 A ghost orchid (Dendrophylax lindenii) high in a pop ash tree in a secret location in Collier County. It’s good to know that they do in fact grow quite well outside of the Fakahatchee Strand and the Corkscrew Swamp!

Viceroy butterfly posing on a leaf in Tallahassee, Fl. 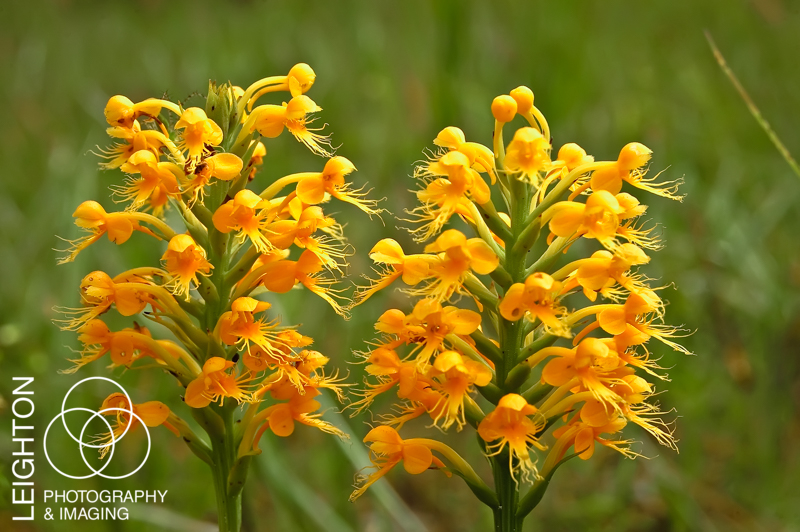 A short pair of orange crested orchids (Platanthera cristata) were found growing along the side of the road in Liberty County in a colony of about thirty. Although many of these orchids can look the same – there is a “spur” or nectar tube on the back of the flower that is quite different between these terrestrial species and is used as an identification tool. The spurs are very short on these, as opposed to long or curved/curled in other closely-related orchids. 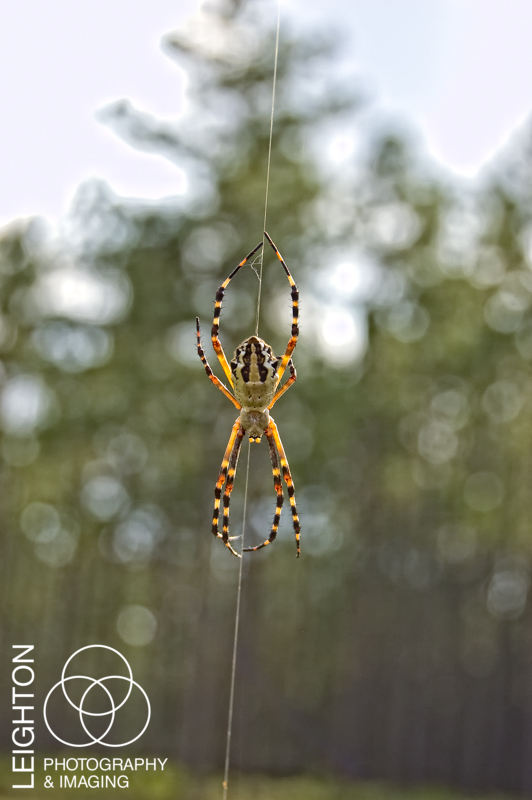 This big spider was actually seen from the car while driving through the Apalachicola National Forest. I just had to pull over! 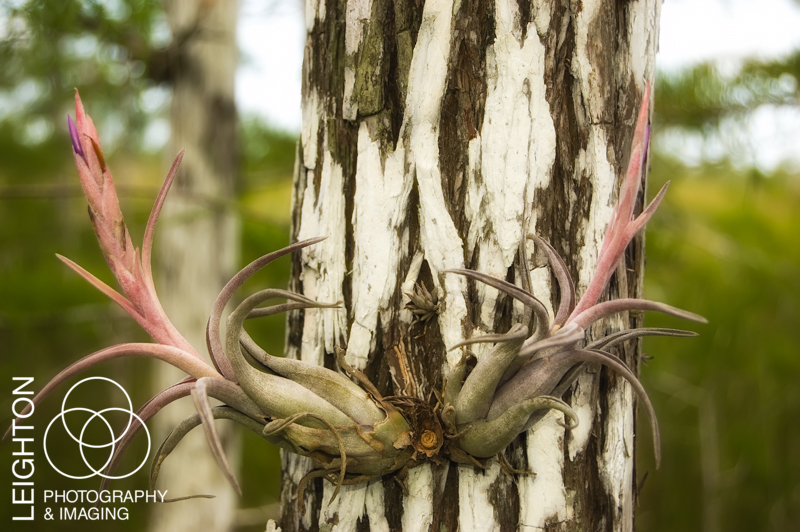 Hoary air plant growing in the Everglades National Park. These are very common in the wetlands of South Florida, and are most often found on cypress trees. 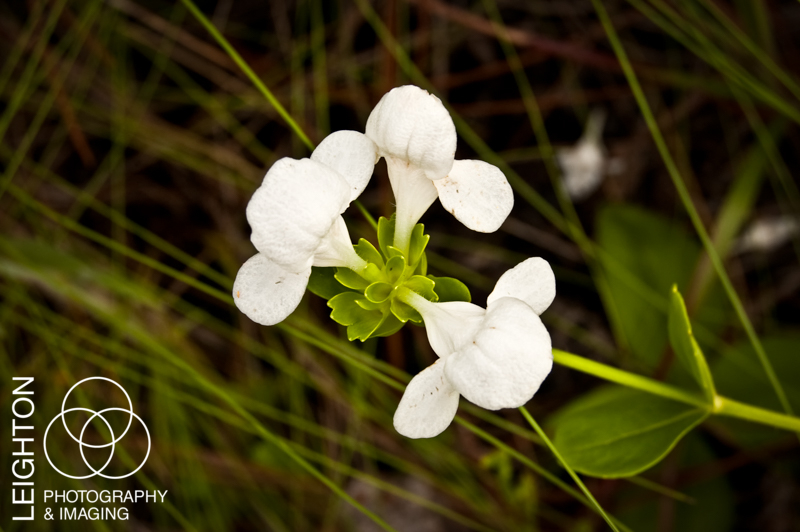 White birds-in-the-nest flowers viewed from above look exactly like what they are called. This is a very rare summer wildflower endemic to North Florida. Luckily for me I just happened to stumble into a field full of these in the Apalachicola National Forest.

THANKS FOR LOOKING AND WE LOVE HEARING ALL YOUR COMMENTS!!!