The rocky coastline of Cape Flattery is located at the most extreme northwestern corner of the contiguous United States on the Olympic Peninsula, where the Pacific Ocean joins the Strait of Juan de Fuca. Millennia of pounding waves, tides and erosion have sculpted the landscape into something from a fairytale. Click on any image below to enlarge. 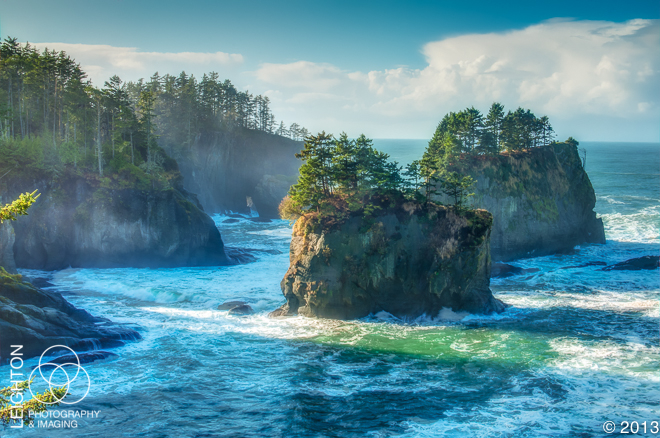 This shot was made almost immediately after arriving, as there was a brief half-hour of morning sunlight before the storm brewing offshore was threatening to turn the morning into a soaker. 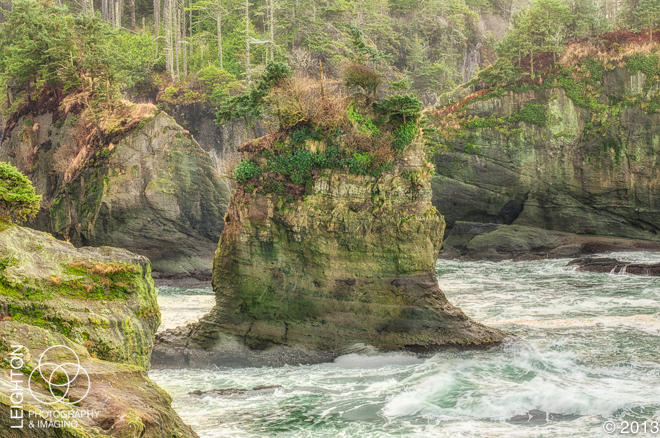 As the clouds came rolling in, the light changed dramatically later in the day and that “big softbox in the sky” turned on, and I got to work. This is one of my favorite aspects of landscape photography in the Pacific Northwest. The light is very often soft and gentle, with minimal overly bright highlights, and shadows are very easy to control with the appropriate camera settings. 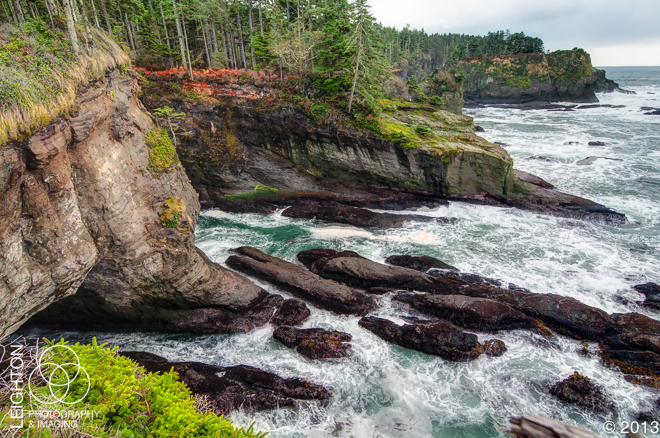 Shooting as wide as I dare with my toes overhanging the ledge of the cliff, I wanted to recreate a look and style that I had in a waterfall photograph I sold to Seattle Magazine this past summer. Shooting at 11mm causes a bit of distortion, but I kind of liked how it looked.

I’m making myself get more involved with with video, and I shot this quick video clip of the beauty of Washington’s Cape Flattery and the power of the Pacific Ocean as I was waiting for the light to change to continue shooting stills. This is one of those moments when the landscape is so alien to my own experiences and travels that without the sound and movement, much of the experience is lost.

I hope everyone enjoys these images as much as I did making them, and stay tuned…. many many more images are backed up in my cue just waiting to be released!

Video! The Nature and Wildlife of North America

Photographs of North American nature and wildlife from the wilderness, suburbs and cities around the continent.