It’s been a whole month since I last did a post, and as I just expressed in my August 2014 monthly newsletter I just sent out today (you should subscribe!) I’ve been in my typical month-long hiatus that occurs every four years when the World Cup happens. Then I had family in town…… In a nutshell – I got nothing done.Now that we’ve moved past that, here is the next batch of images I’ve collected in my travels along the Pacific Northwest coast on several outings. Because of some limitations of time and distance, I will only be covering those beautiful states of Washington, Oregon, and California while omitting British Columbia and Alaska. Those will come at a future date – I promise!

Click on any image to enlarge, see more details or find out ordering or licensing information. 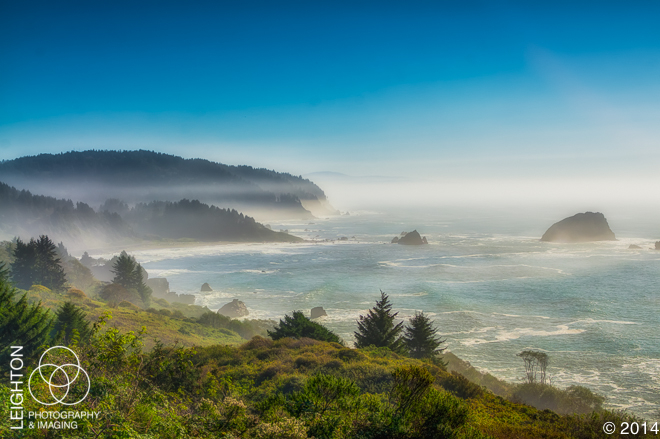 There is nothing like the California Coastline. That was evident here as I climbed high atop the cliffs in the Del Norte Redwoods State Park on a windy, hazy November afternoon. It just takes your breath away to stand in this spot in person! 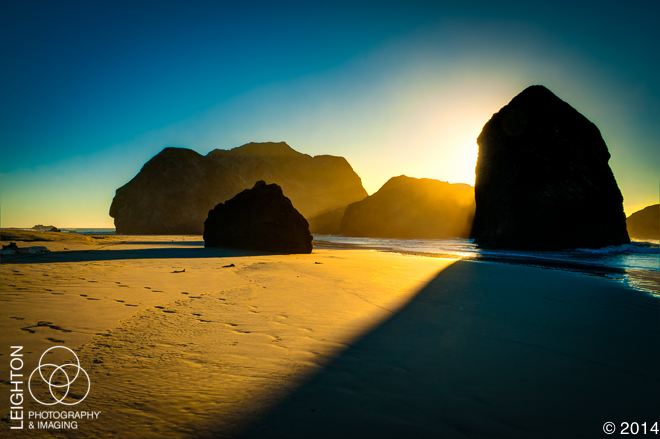 The Oregon Coast is renowned for its natural beauty, sea stacks, and gorgeous sunsets. I caught this rock formation in the late afternoon “golden light” and focused on the interplay between light and shadow. 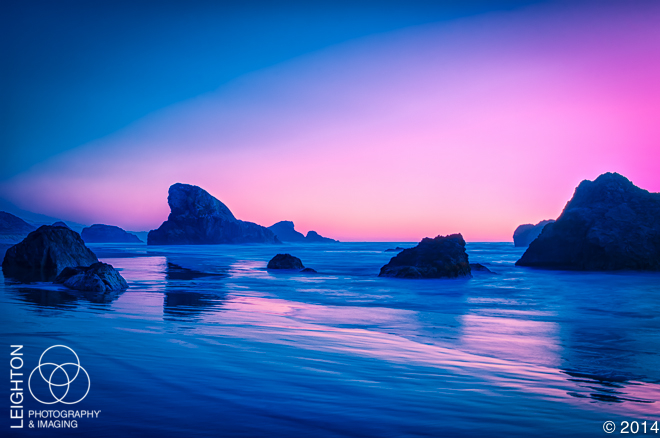 A truly breathtaking sunset with a wildly-colored sky was my reward for waiting out the sunset on this otherwise, hazy/foggy evening on the Oregon Coast near the Pistol River. Just as the light was fading and nearly gone, the fog cleared up just enough for me to wade out into the surf with a heavy tripod to get this shot. 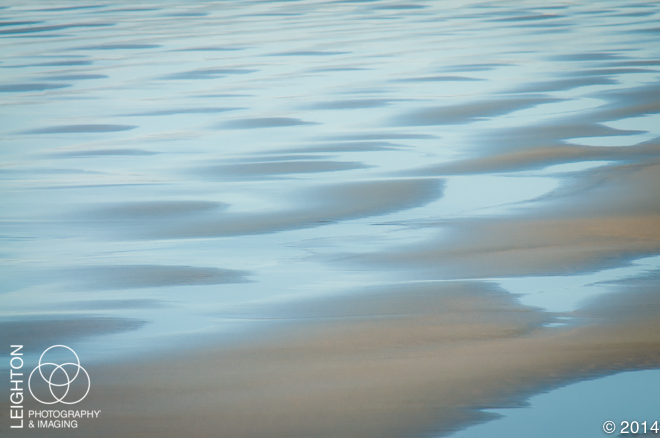 Sometimes there are patterns that emerge in nature that you can’t help but notice. I saw this wavy, wet pattern of sand and salt water at Crescent Beach just outside of Crescent City, California. 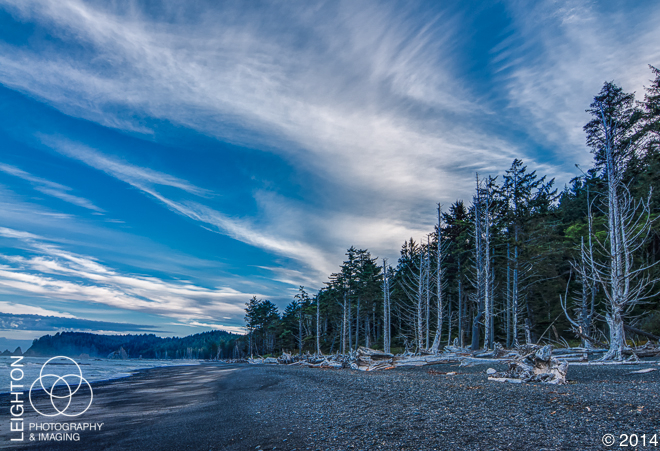 Very early on a chilly fall morning, just before sunrise on the Olympic Peninsula’s Rialto Beach on Washington’s Pacific Coast. Stands of dead douglas fir trees line the shore (standing and fallen or washed ashore) on one of North America’s most spectacular remote beaches. 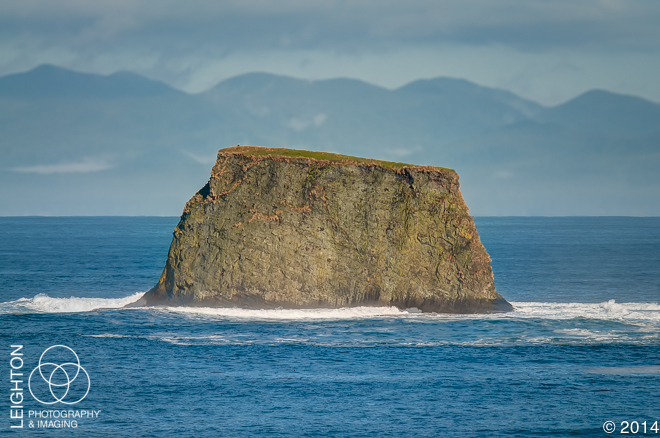 Snail Rock with a lone bald eagle perched on top on the Makah Indian Reservation near Neah Bay, Washington. This huge rock stands in the Strait of Juan de Fuca which separates Washington State from British Columbia, Canada (which you can clearly see in the background). When the tide is lower, more exposed rock on either side of it (where the surf is) makes it look like a giant snail! 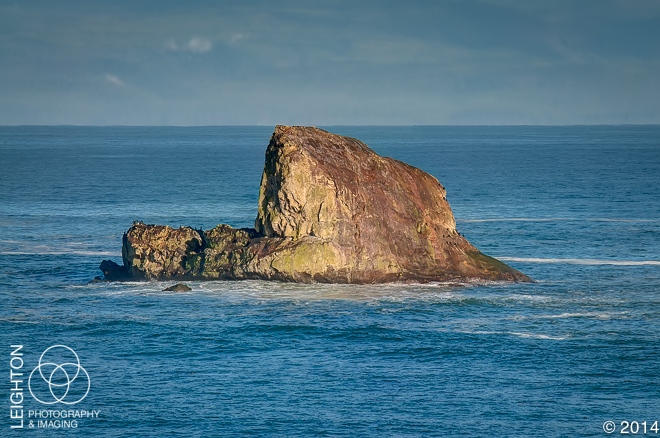 Standing in the Strait of Juan de Fuca, Seal Rock is a favorite resting place for various species of seals, sea lions and seabirds on the on the Makah Indian Reservation near the Northwestern tip of Washington State. 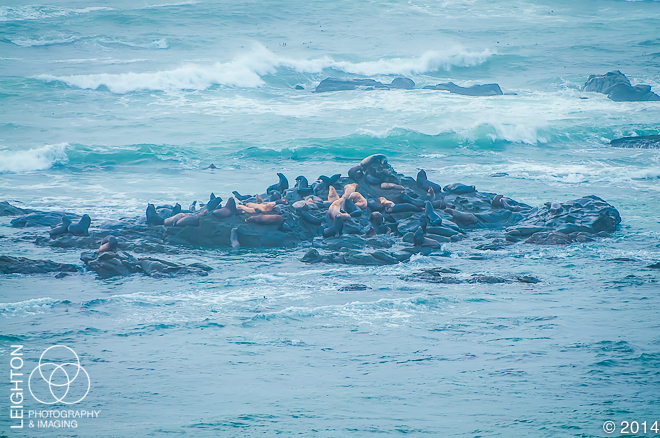 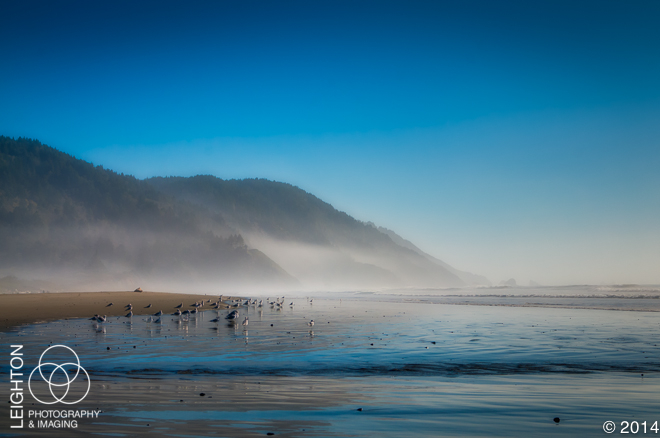 After spending much of the day waiting for the fog and haze to lift, I managed to get this shot while walking up and down the beach just outside of the Del Norte Redwoods State Park in Northern California. 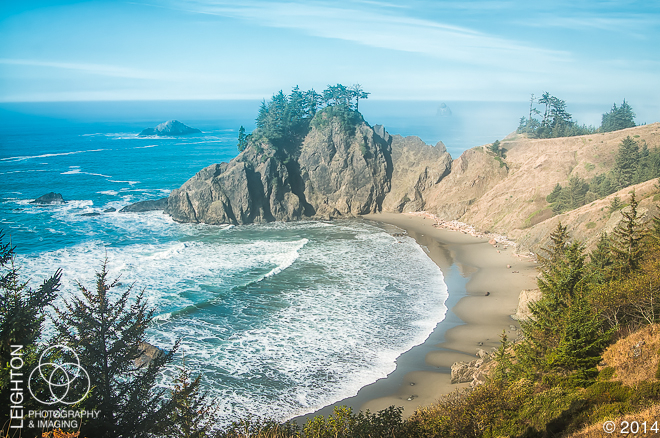 The Devil’s Backbone juts out into the Pacific Ocean on the Southern Oregon Coast making a shallow protected cove and sandy beach. It seems that just about every mile along this coastline has jaw-dropping views and  rock formations (called sea stacks), even if the weather is just a little bit hazy, like this day was. 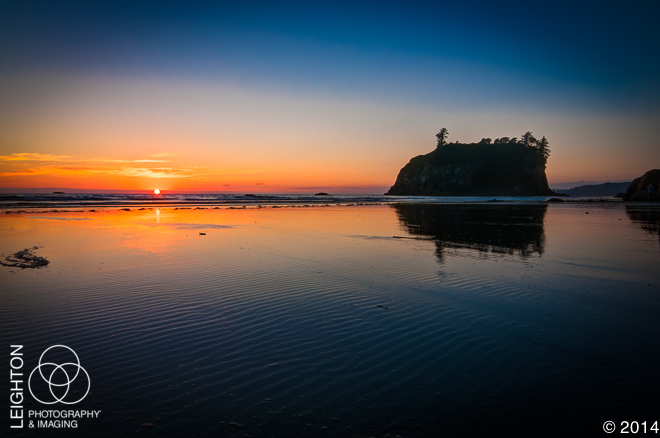 A perfect combination of low tide, the last rays of sunlight, and a spectacular  location made for a very satisfying photograph with rippled sand and ultra-vivid colors as I waited out the sunset on Washington’s Ruby Beach in the Olympic National Park on the Pacific Ocean.