Recently I made yet another foray into the deserts of my increasingly favorite area of the Pacific Northwest, the Oak Creek Wildlife Area in Yakima County, Washington. As I’ve stated in other posts across the years, I am a big fan of cacti – and especially when they are in bloom. What I never would have imagined prior to resettling in the state coming from Florida would be a vibrant and healthy cactus community with several species across the eastern two-thirds of the state. On this trip I was just on the outskirts of the rural Naches, WA about a mile or two south of the junction of the Yakama and Tieton rivers in White Pass. 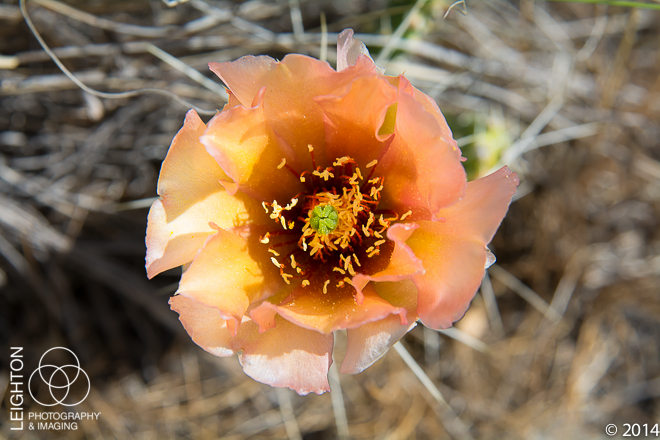 The area here is very dry, with volcanic basalt cliffs and rocky, sandy soils typical of a sagebrush steppe as the Cascade Mountains are just high enough to stop the wet climate the Pacific Northwest is famous for from reaching. Here you find many of your expected desert wildlife – rattlesnakes, bighorn sheep, scorpions, badgers, hares, red-tailed hawks, etc. And there is one particular colony of cactus that is not exactly pinned down taxonomically. That is the Grizzly bear prickly pear, Opuntia columbiana – or most likely a subspecies or variant of the typical holotype – or what you would expect it to look like. The spines are extra long and white, with unusually large flowers not normally associated with this species. Possibly a hybrid? Time will tell. What I found most interesting was the variety of flower color, which ranges from Bright yellow, to pink, to even a very nice peach or orange color. From what I understand, these characteristics are only found in this small loosely scattered colony in this one particular location. All of the images here were taken within a quarter of a mile, and on the eastern side of and quite near the Tieton River’s banks. Click on any image to enlarge. 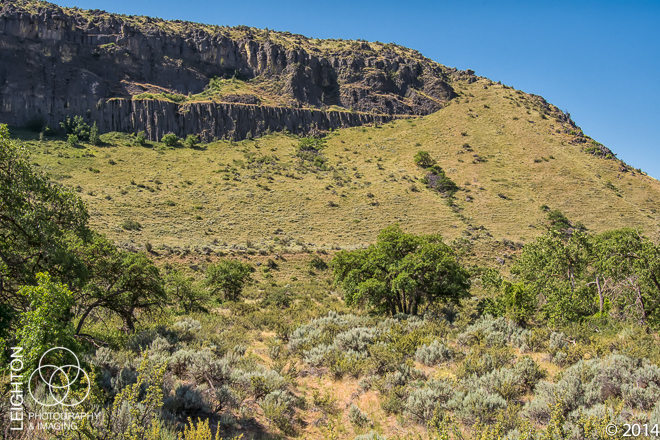 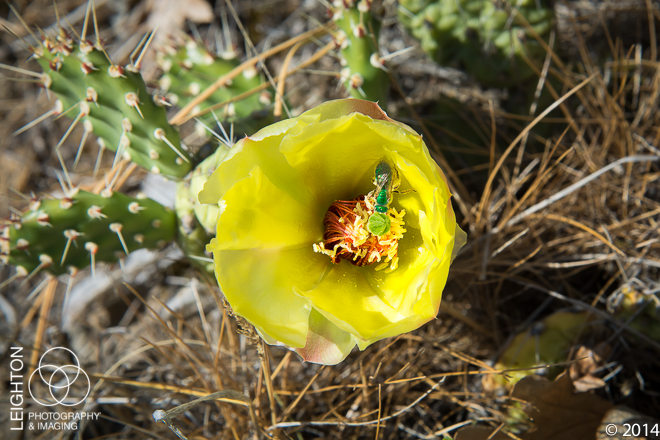 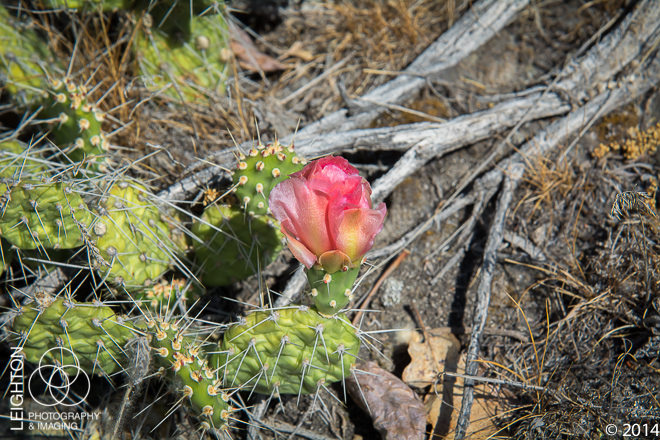 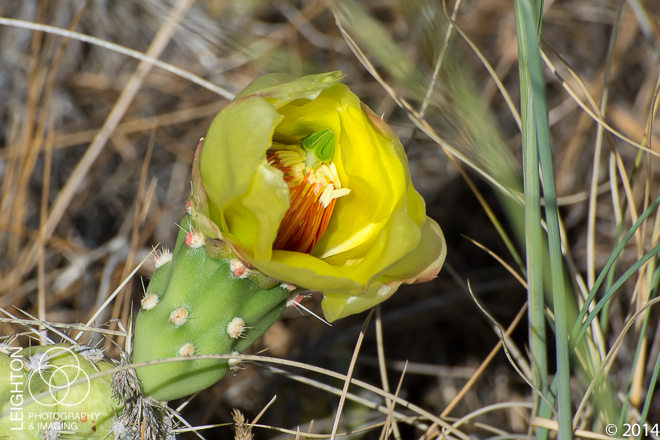 Clear view of a new flower that is just opening. The ovary (the segment where the flower connects to) will eventually become the ripe, sweet fruit. 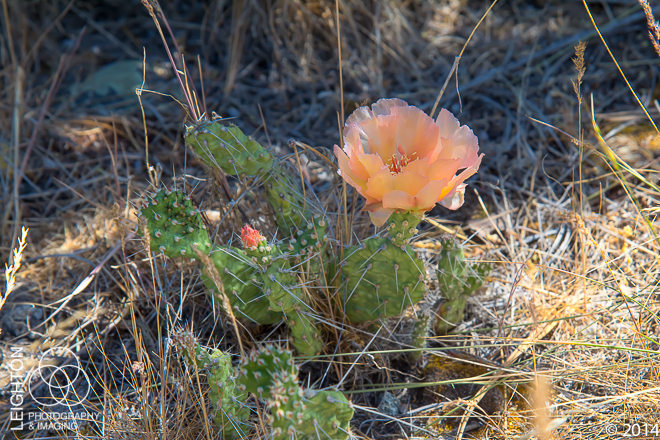 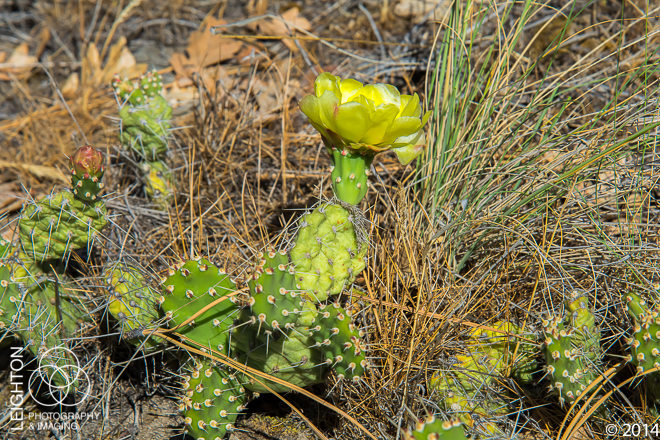 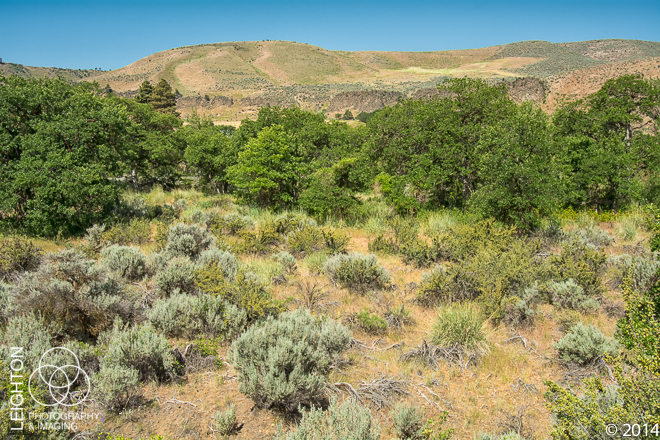 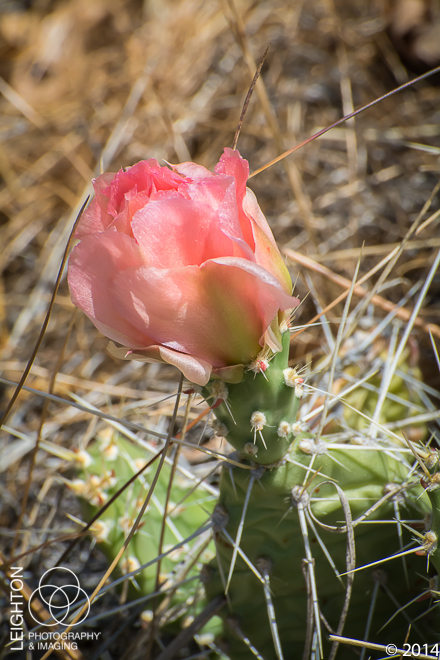 To see more images of cacti from around North America, visit the

My Cactus Project: A Labor of Love…