No matter where you live or travel in the entire world, one of the most common types of mammal you are going to encounter are squirrels (with the exception of Antarctica and the Arctic Circle). There are more than 200 species that not only live, but thrive in just about every kind of habitat. They are found in cities, parks, mountains, swamps, forests, suburbs, rural fields and countrysides, arid and parched deserts, rainforests, and the list goes on.

These hardy and prolific rodents breed once or twice a year and some species can raise quite large broods quickly, especially if it is a species that groups together in a colony. The fossil record for squirrels goes back as far as the Eocene (56 to 33.9 million years ago). Not only are they thriving, many of them are expanding outside of their native ranges. North American squirrels are devastating native species in Britain, Italy, South Africa and America’s own eastern gray squirrel is wiping out other native North American species, such as the fox squirrel and the western gray squirrel.

The following are some images I’ve made of wild and native squirrel species across North America, with a little information about the animal and where it was found. Click on any image to enlarge. 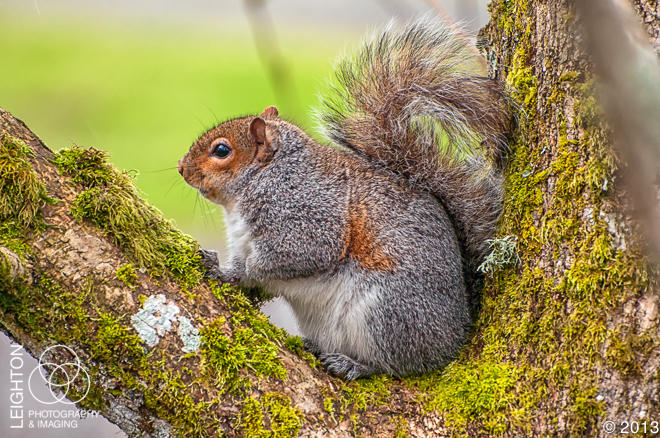 A “fattened-up-for-winter” eastern gray squirrel pauses in a tree long enough for me to make this image in the Nisqually National Wildlife Refuge near Olympia, Washington. 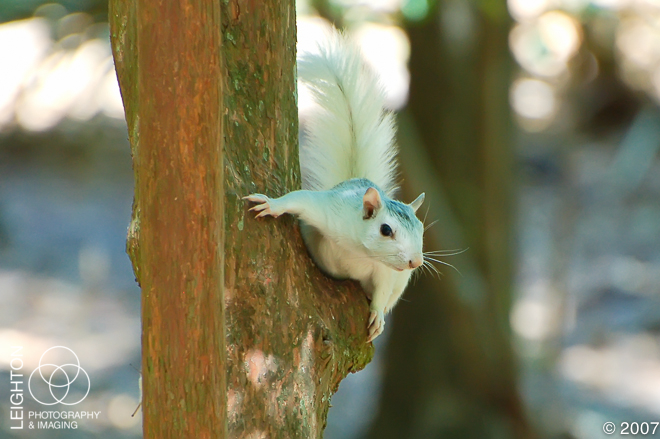 White fox squirrel photographed in Tallahassee, Florida. Its white fur is a leucistic trait – the hair is actually white, not colorless – so it’s not an albino. Most (up to 80%) of the fox squirrels in this area have this trait, which is unusual compared to their typical dark gray to jet black coloring. 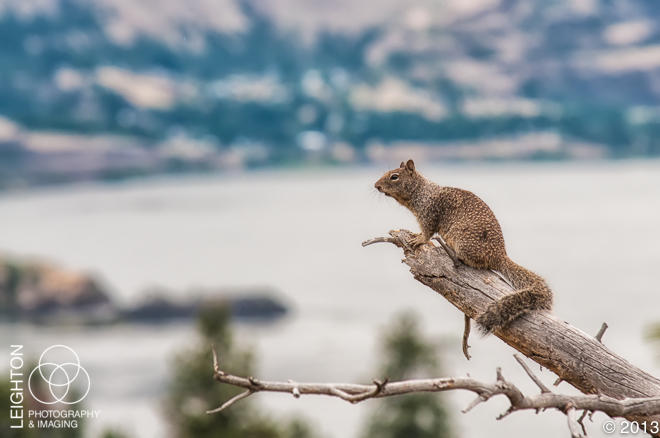 The California ground squirrel is a very common western species that has recently expanded north into Washington, as this one was found in the Washington side of the Columbia Gorge with the Columbia River and Oregon in the background. Highly intelligent, this common prey of rattlesnakes has been known to outsmart attacks using many ingenious methods and is even thought to be somewhat immune to rattlesnake venom. 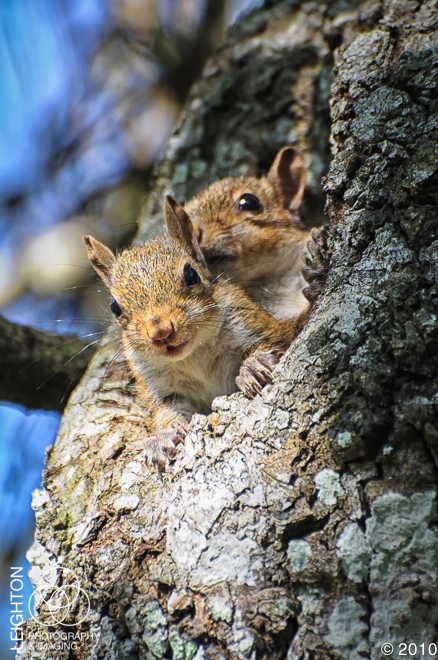 A pair of baby gray squirrels peeks from their nest in the Florida Everglades. Gray squirrels are perhaps the most adaptable and hardy of all modern squirrel species, and can thrive in the most diverse kinds of habitat. Not only increasing their range in North America, but are beginning to spread into other continents too, wiping out or displacing native populations. 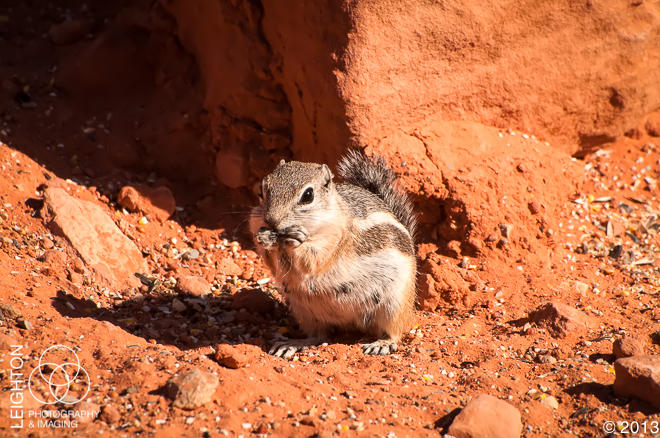 A white-tailed ground squirrel peeks out of its burrow among a pile of rocks in Southern Nevada. These tough little rodents live in very hot, dry environments, and get most of their moisture from their food which includes insects, seeds, fruits, cactus, grasses and even sometimes carrion. 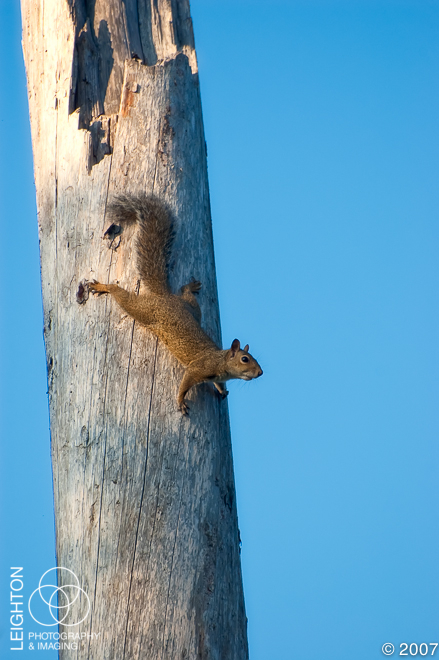 This squirrel was at the top of this dead pine tree barking and chirping and making a huge racket early one morning in the Juniper Springs area in the Ocala National Forest. 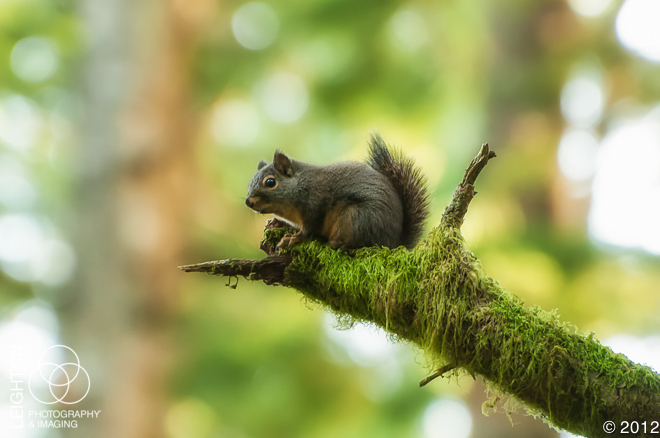 This small and noisy dark squirrel was heard long before I spotted it in the trees. After about a thirty minute hunt, I gave up – only to have it appear twenty feet in front of me, perfectly posed for this image. 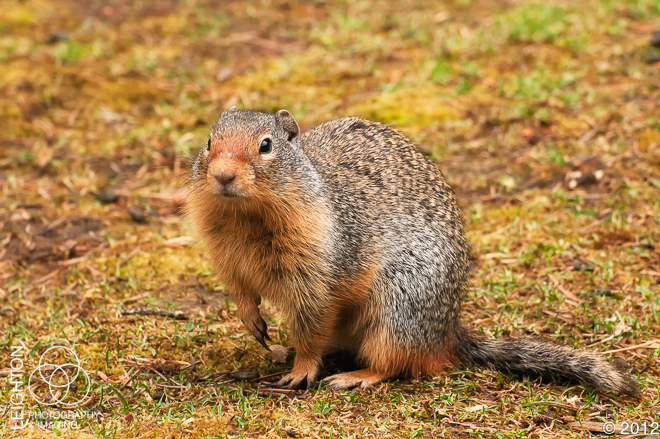 A devious ground squirrel in Saltese, Montana poses for me as its’ sneaky mates search my camera bag for food. These clever and collaborative tricksters live in large colonies and will work together to provide food for all members of their group. 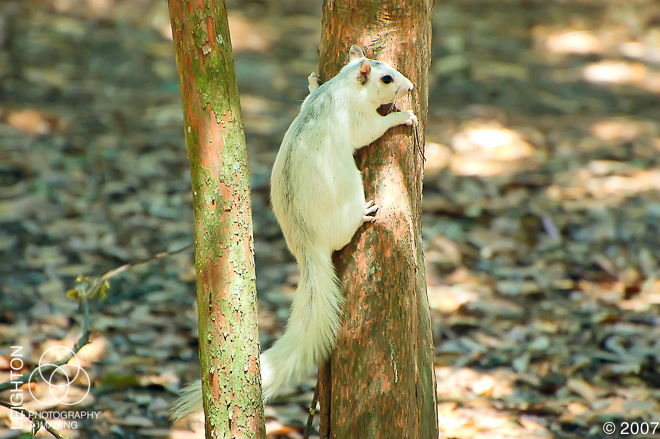 These white fox squirrels can be infrequently seen in the Big Bend area of the Florida panhandle. This image has been published in the books, “Mammals of Florida” and “Mammals of Georgia” – both fantastic field guides by Stan Tekiela. 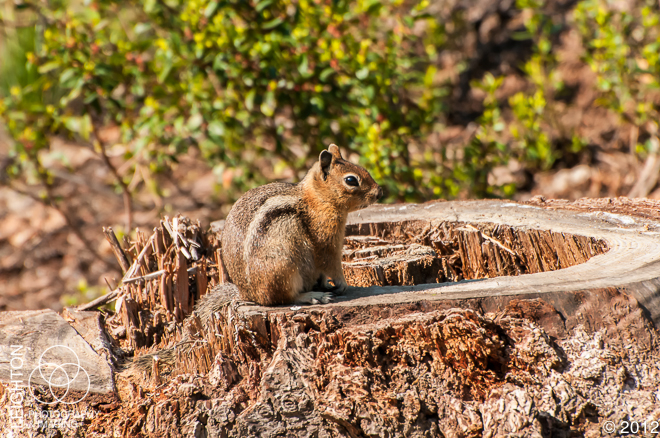 A Cascade golden-mantled ground squirrel tests my patience as I try to get a clear shot of this small and wily rodent on the Eastern side of Washington’s Cascade Mountains near Lake Wenatchee. 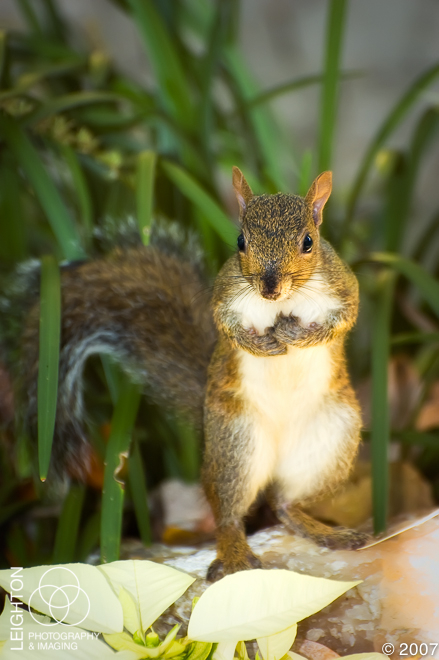 An eastern gray squirrel that is clearly used to human handouts begs for food in Homosassa Springs, Citrus County, Fl. There are many parks across the country where these squirrels have lost all their fear of humans and will actually eat out of your hand.

I hope you liked these images as much as I enjoyed making them. There will be at some point a follow-up to this as it seems like I can’t visit a new part of the country and not pick up some images of one or two new species I haven’t gotten on camera yet. If you liked what you see so far, please help me out by sharing this on your favorite social media site of choice – it helps introduce me to new viewers and buyers, and it keeps me out in the field full-time bringing back new images of North American wildlife that I will always share here!