A few days ago, I was traveling through Oregon and took a little dip into Northern California to spend some time in the wetlands of the Klamath Basin. My aim was to photograph migrating waterfowl as well as check out some of the local landscapes. It was sort of a scouting trip as I wanted to get a good “feel” for the land and area, so that next time I would be well prepared to maximize good shots with some forehand knowledge of where to go and where to skip. The night before I spotted my first muskrat of this region just outside of Klamath Falls, Oregon, and that little sucker was so fast that there was no way I was going to get a clear shot of it. The next afternoon I was driving through Tule Lake National Wildlife Refuge just south of the border and while using my vehicle as a screen, I was able to get a number of shots of this busy critter before it spotted me and dashed into the water, swam around a bit then dashed into the underwater entrance to its den. 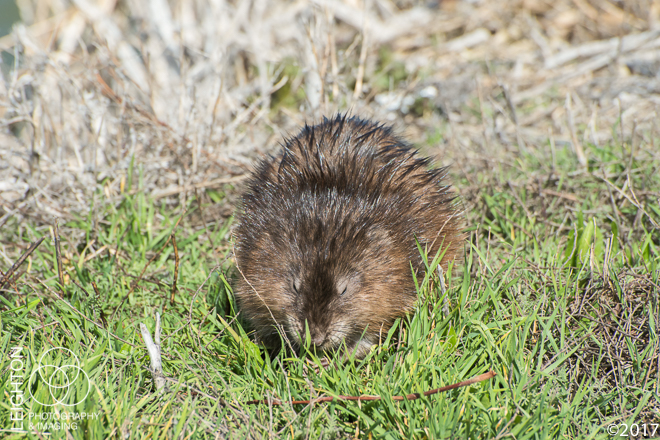 Native to North America, muskrats are semi-aquatic rodents named for their musky smell and rat-like appearance. They are found in most of Canada and the United States, as well as some parts of Northern Mexico where they inhabit extremely variable habitats and altitudes. Muskrats are always associated with wetlands, whether that is a lake, swamp, pond, river, etc. Although the common name contains the word “rat”, it is taxonomically just a very large, semi-aquatic vole, and not related to any rat species. This one was found munching on vegetation at the edge of Tule Lake in Northern California, near the Oregon border. 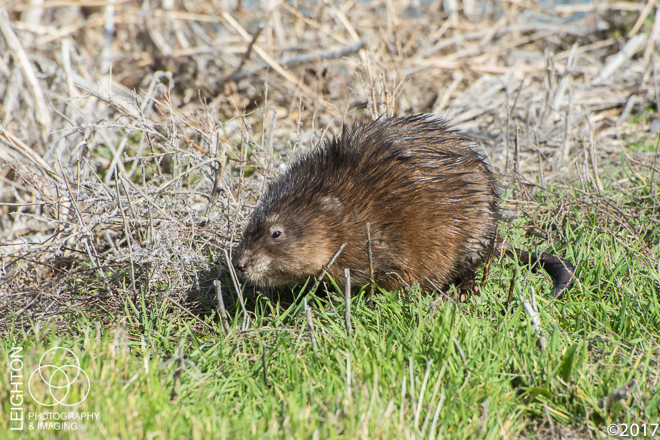 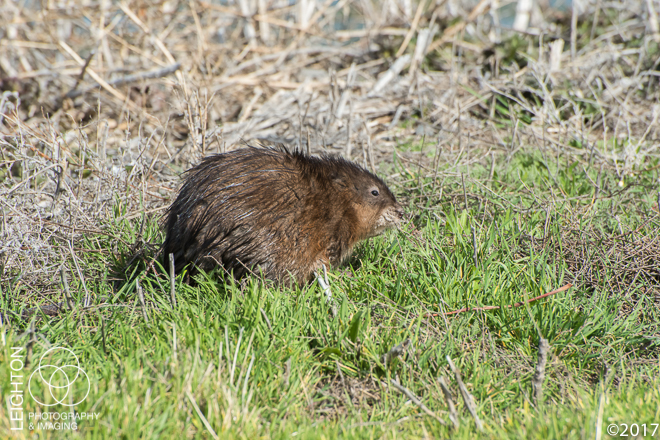 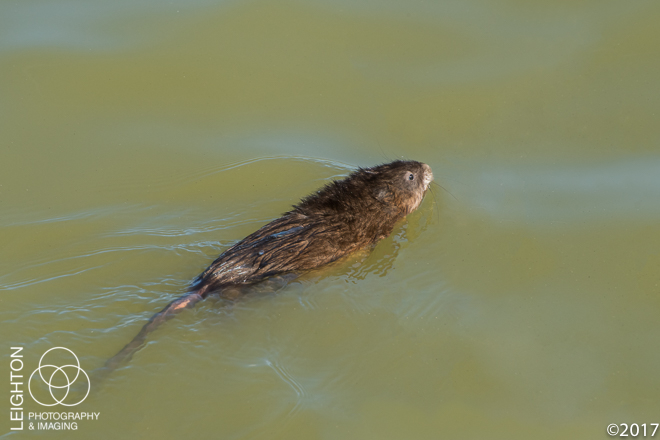 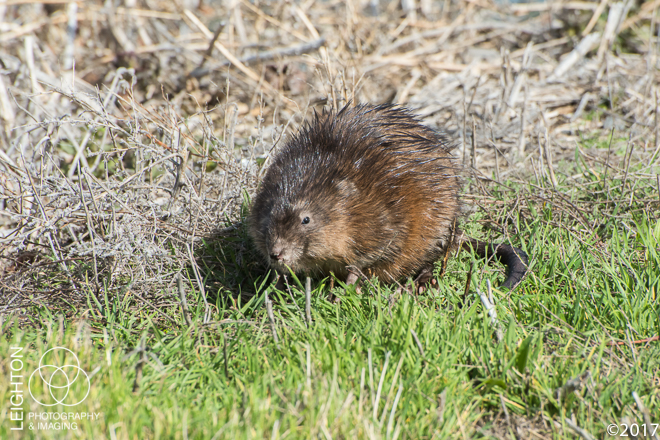