For some reason these 14 photographs were sitting, hidden from the light of day on my hard drive array and although they were tagged for processing and publishing for quite some time (along with many hundreds of others) I decided to just dust them off, tidy them up and set them free! Since I decided to start my Potpourri series just for this purpose, I though by giving them all a theme instead of having just random photos thrown out all in a bunch, they would both bring them together into a story and help support each other. The theme for this one is Florida Wildlife! 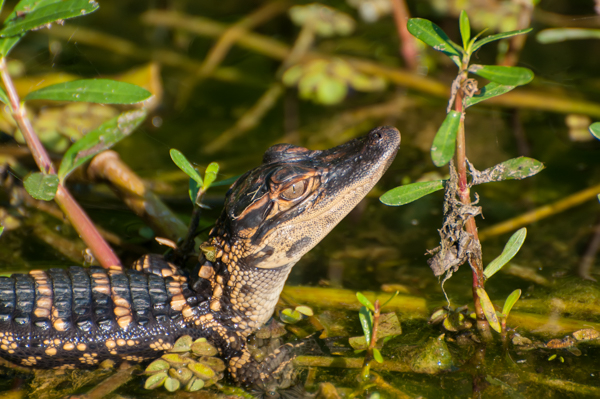 This baby alligator is probably only a couple of months old where it basks in the late afternoon sunlight in the Shark River Valley of the Florida Everglades.Notice the bold black and yellow camouflage pattern – this will help hide it in its early years from hungry herons, storks, otters, raccoons and other hungry predators in the swamps until it turns the tables and begins to hunt the same animals that once used to hunt it! 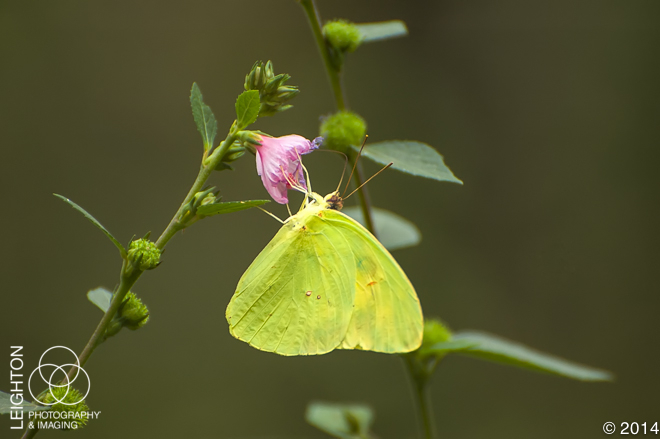 This very common large yellow butterfly is found across a huge range, from Southern Ontario in Canada to as far south as Argentina. This individual is a male (the female has slightly more of a pattern on the underside of the wings, but not much) and was photographed feeding on caesarweed nectar just outside of Naples, Florida on the outskirts of the Corkscrew Swamp. 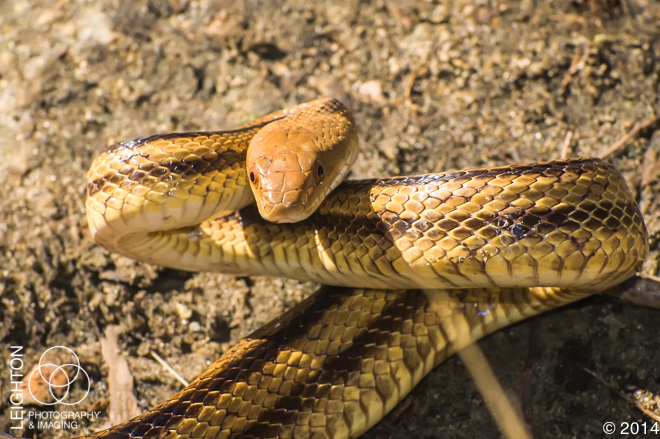 One of my favorite snakes to be found in the wilderness of the American Southeast is the Florida yellow rat snake. This very long, mustard-yellow colored subspecies of the western rat snake is not very common, like most gray or near-black rat snakes found in the wild, but it is one of the coolest. I have an affinity for this type of snake and once had one as a pet in captivity for years until I decided to let it go free and “go forth and propagate”. These non-venomous constrictors primarily feed on rats and birds, although their habit of sneaking into barns and eating eggs has also earned them the nickname of “chicken snake”. This one was found by surprise on accident (as most snakes are usually encountered) as I was walking through the edge of the woods in the Ocala National Forest in Juniper Springs when the tree limb I grabbed suddenly moved in my hand and tried to bite me. I pulled this beauty out into the open for this shot and let it go. It was just about four feet in length and was fat and healthy! 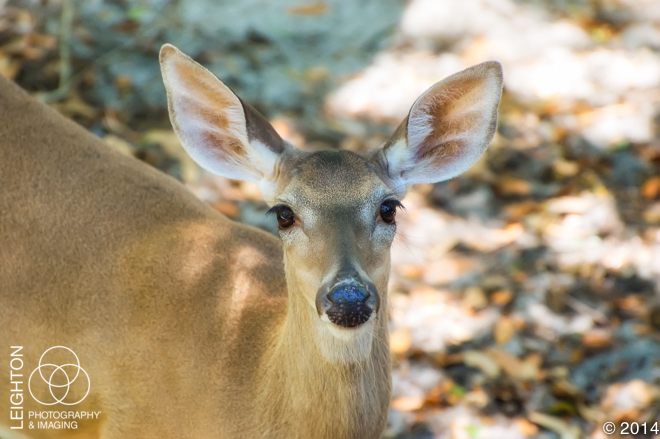 This white-tailed deer was apparently used to people as it let me get this close to it just outside of Tallahassee on the Florida Panhandle. Extremely common all over the United States and Canada, its range extends from the Atlantic Ocean and west all the way to the Rocky Mountains (fantastic natural barrier), where its cousin – the black-tailed deer completes the range all the way to the Pacific Ocean. Somehow the white-tailed deer has nearly made it to the Pacific Ocean in Canada, and has a strong toehold in all of Central American and the northern part of South America. This is a huge native range for an ungulate (deer, elk, moose family) and it has been introduced in many other parts of the word such and the Caribbean Islands, Europe and even New Zealand. 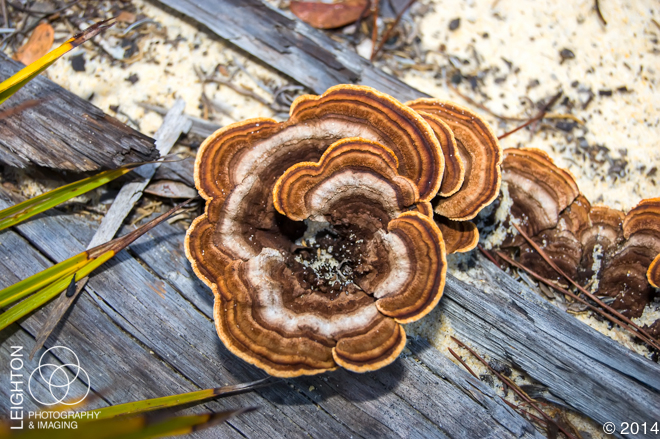 The turkey-tail mushroom is a very common shelf mushroom found all over the world on dead wood in many different kinds all across North America. This one was found early in the morning in the Ocala National Forest in Central Florida and was the most stunning and beautiful example I’ve ever seen. 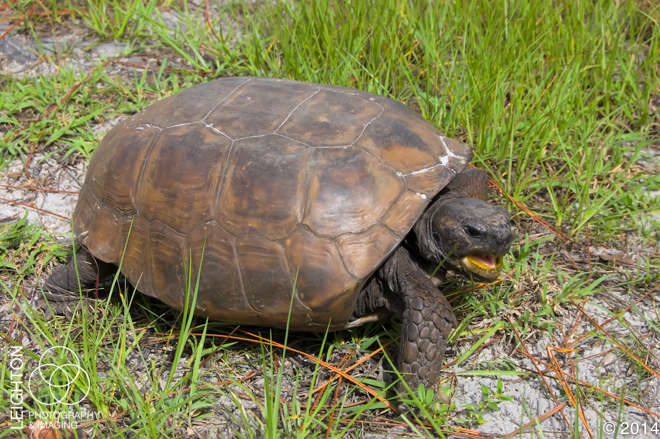 A common, yet threatened keystone species of the pineland scrubs of Florida, the gopher tortoise is extremely important to so many of the species it lives with, tremendous conservation efforts are being put into place to save this vulnerable animal and its habitat. This long-lived and only native North American tortoise is found throughout much of the coastal Southeast, and the most important thing it does for its home is dig. Gopher tortoises dig enormous burrows that can be up to 50 feet long and nearly 10 feet deep, and not only just one burrow. Over the area of several acres, it can build many burrows to suit its needs over a lifetime. These tunnels keep it safe from predators, cool in summer, warm in winter, and more importantly – become homes and shelters for other species who have evolved to take advantage of this master burrower’s talents. Biologists have named at least 360 species that rely on these burrows for their own livelihood, such as foxes, skunks, rattlesnakes, etc…. This one was photographed near the Estero River in Estero, Florida. 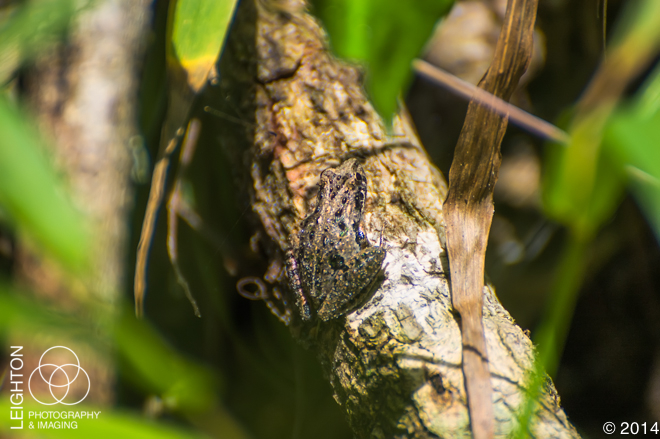 This southern cricket frog (probably the subspecies called Florida cricket frog) is nearly perfectly camouflaged in the thick, humid undergrowth of South Florida’s inland wetlands near Immokalee, Florida where there are plenty of insects and plenty of cover from the numerous snakes, birds and alligators that share its habitat. 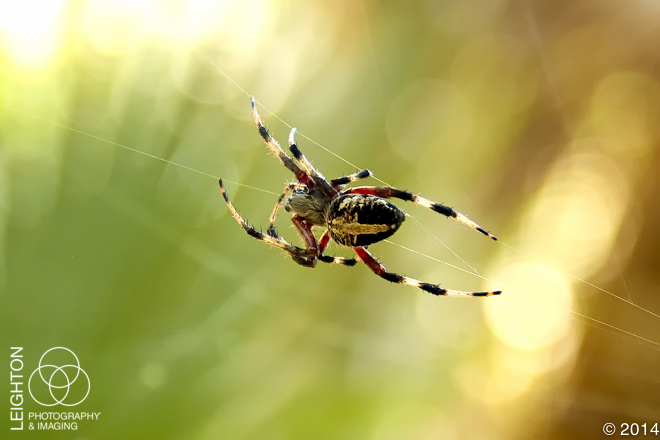 This easily identifiable fuzzy orbweaver spider is found commonly in thickly vegetated habitats where there are enough trees to support their large spiderweb traps and enough insects to keep them fed. Beautiful bold banding on the legs, bright red femurs and an obvious cross on the top of the abdomen make this beauty easy to tell apart from other orb weavers. This one was found deep in a jungle-like, mosquito-infested area in eastern Collier County near the Collier-Hendry border in Southwest Florida, but they can be found in most suitable areas of the Southeast, and as far north up the Atlantic coast as New England, and as far west as the Appalachian and Allegheny Mountain ranges. 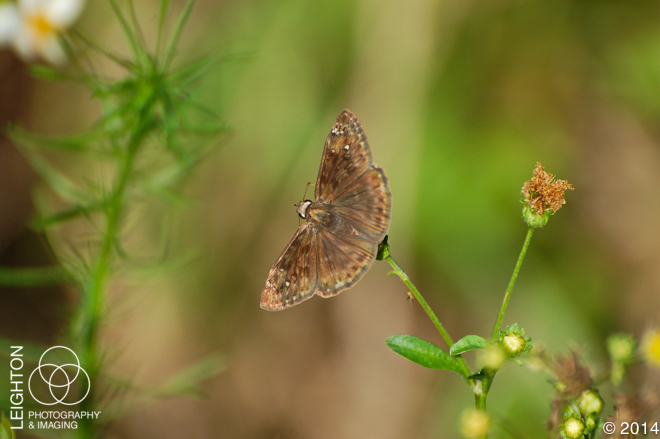 A female Horace’s duskywing rests on some sort of aster just outside of Punta Gorda, Florida in a pineland scrub. A somewhat small and plain member of the skipper family of butterflies (and easily confused for a moth) this easily photographed  species has a home range from all over the Eastern United States and all the way west to the Rocky Mountains, which is an effective natural barrier. 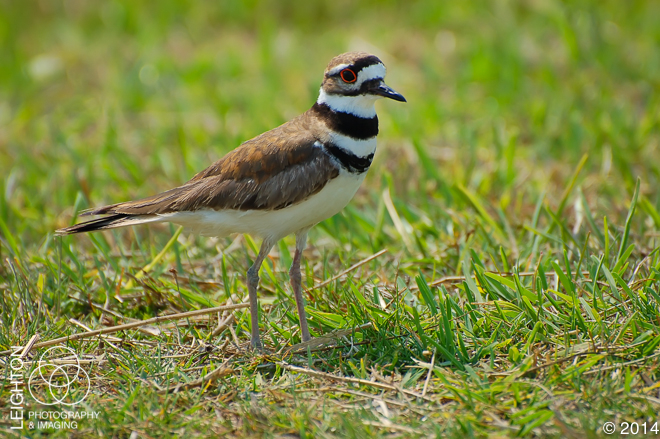 Unmistakable by its red eye ring and black rings around the face and breast, this killdeer kept trying to get my attention on Bokeelia, Florida – an island on the southwest coast. This is typical behavior when trying to lure potential threats away from it’s hidden nest that it builds on the ground. 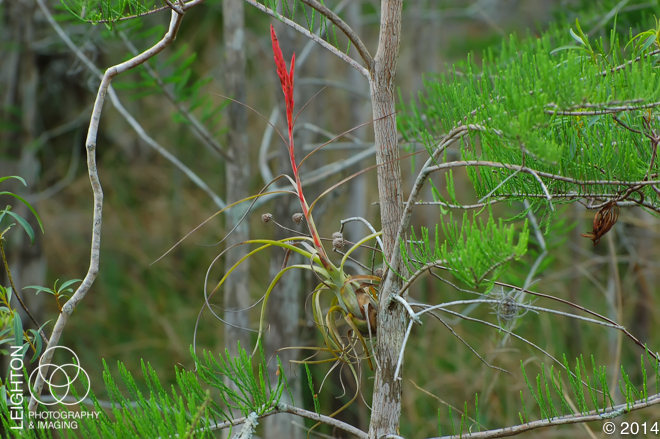 Deep in the remote wilderness between the Florida Everglades and Lake Okeechobee in South Florida there is a wildly disturbed area, that once was part of the  great Everglades watershed system, but now is mostly drained from human activity, water management, and citrus and sugarcane farming leaving behind a vast tangle of dry wilderness where there are few people, roads or even access (for the faint of heart). One part of this vast landscape that still does carry water south is the Okaloacoochee Slough. In pockets of this region, you can still find survivors hanging on for dear life, such as this northern needleleaf bromeliad, which was found way off the highway in a rare dome of bald cypress trees. This was the first time I’d ever seen one so far north, and it looked healthy and ready to bloom! 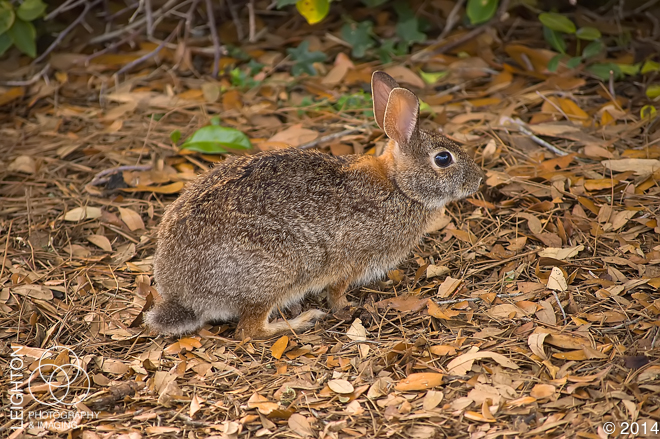 Common all over the Eastern half of North American, and quickly spreading not only across parts of the American West, but to other continents around the world – the humble eastern cottontail is an explosive breeder. This perfectly camouflaged adult was photographed in Bonita Springs, Florida within an eighth of a mile from where a family of bobcats lives among a tangle of old-growth palmetto palms. 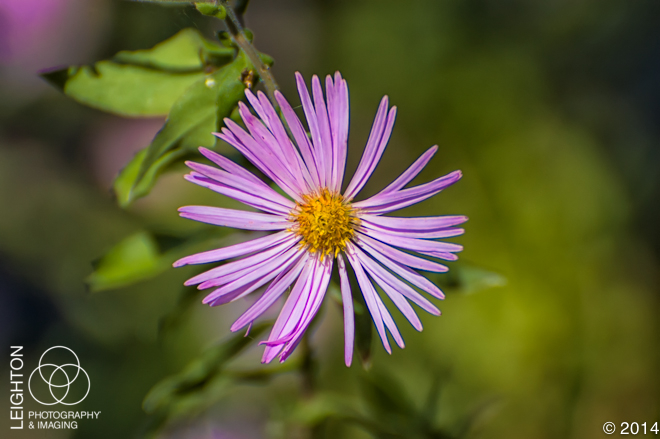 Throughout the Southeastern United States, climbing aster can be found in just about every wetland of low elevation, often in great showy displays of pink or lavender, fading eventually to nearly white. In Florida, they can be found in bloom all year long, such as this one near Gainesville, Florida. 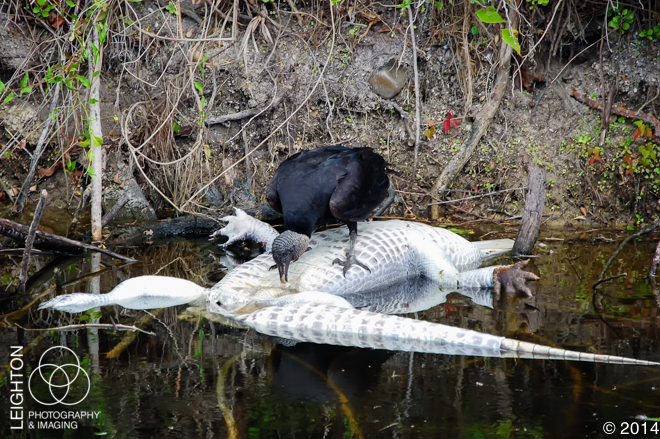 Eat or Be Eaten

Eventually the King of the Florida Everglades ends up getting eaten. This alligator met its demise in the Fakahatchee Strand, and provided a meal, ready to eat for this black vulture. Without carrion birds such as this to keep the ecosystem clean from decay and rot, very little of the habitat would be safe for wildlife.