Besides wild orchids, wild lilies are a favorite of mine when tromping across the country in extremely rural to even semi-urban places. Recently I was in the Olympic National Forest near the shore of Lake Cushman near Hoodsport, WA scoping out new areas to photograph when I found a couple of chocolate lilies that had already blossomed then went to seed. The following day saw a bald eagle repeatedly diving into the lake (eventually hauling out a fat rainbow trout) and as I got closer I found this rather large colony in full bloom on a rocky cliff overlooking that lake below. 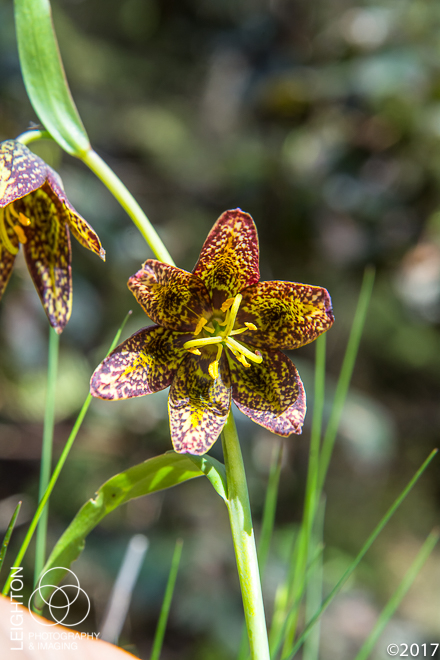 Also known as the checker lily or mission bells, the chocolate lily (Fritillaria lanceolata – fritillaria refers the mottled or checkered pattern on the petals) is a native, somewhat uncommon to rare member of the lily family found in cool mid-elevation mountains to coastal forests ranging from Northern California to British Columbia, and as far east as Idaho. One the eastern side of the Cascade Mountains it can be found growing in open prairies and grassy bluffs. The chocolate lily grows from tiny rice-like bulbs and once was used as a food source to the indigenous people who have lived here for millennia. The Haida, a tribe from British Columbia when first introduced to rice, referred to this new food as “fritillary-teeth.” These were part of a large colony found and photographed in the Olympic National Forest next to Lake Cushman on a bright and sunny May spring morning, just west of Hoodsport, Washington. 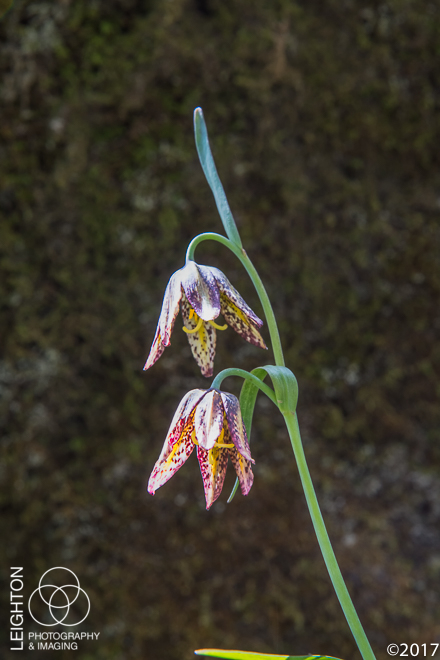 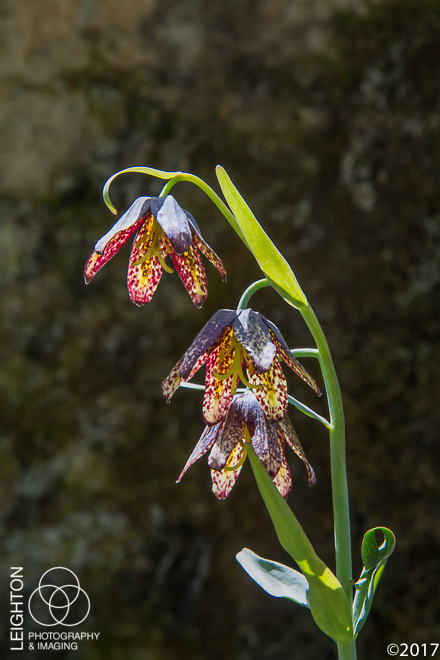 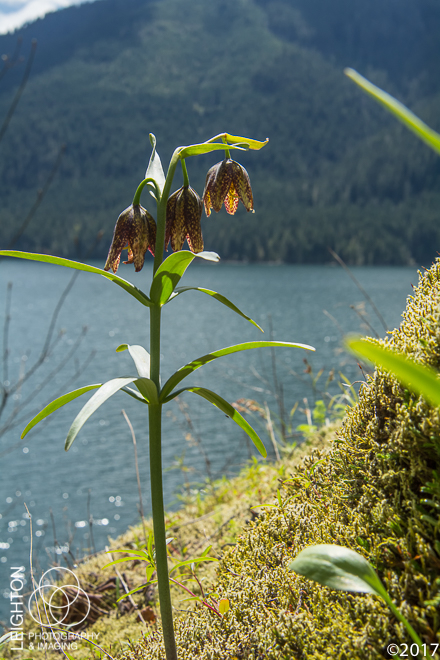 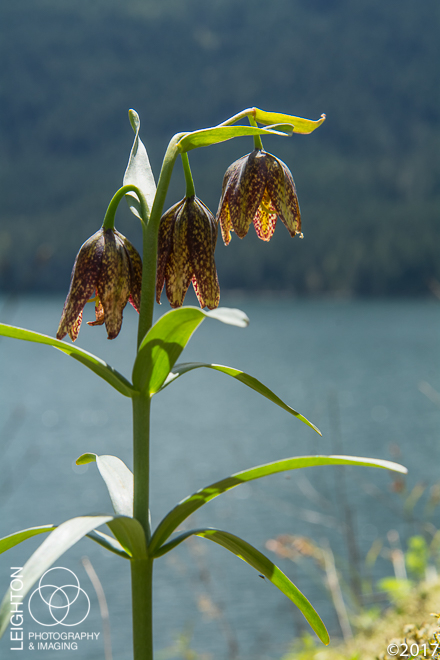 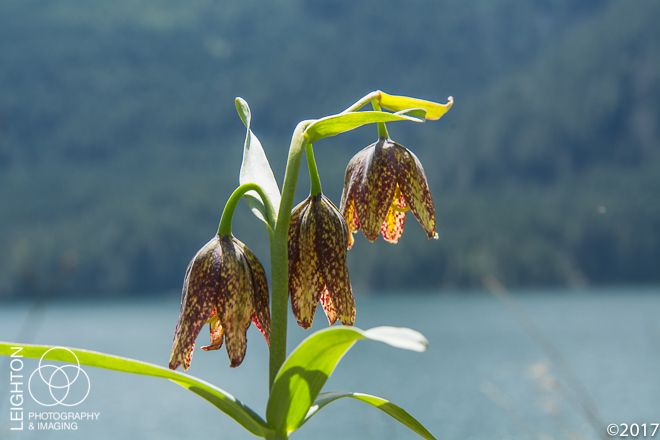 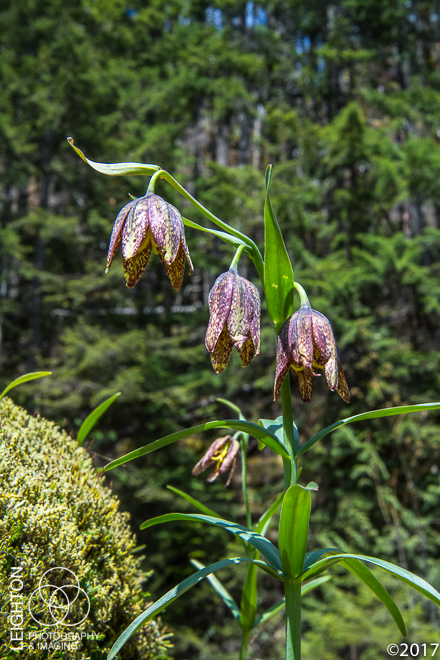 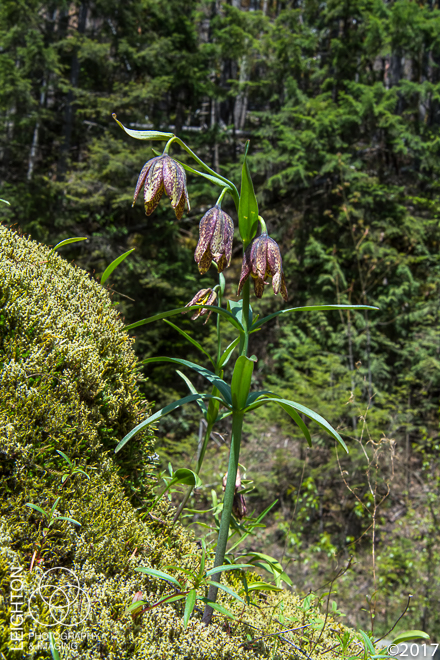 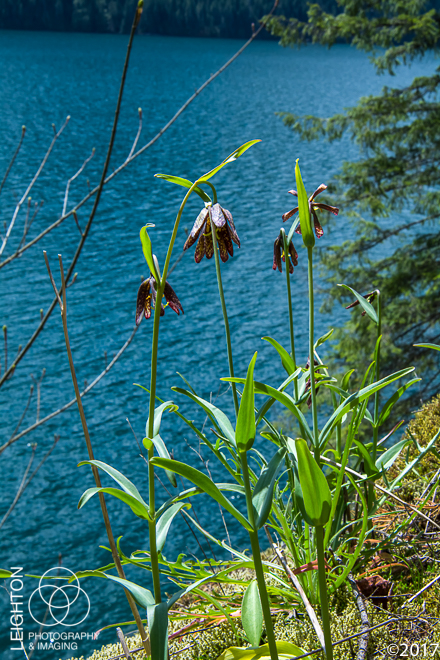 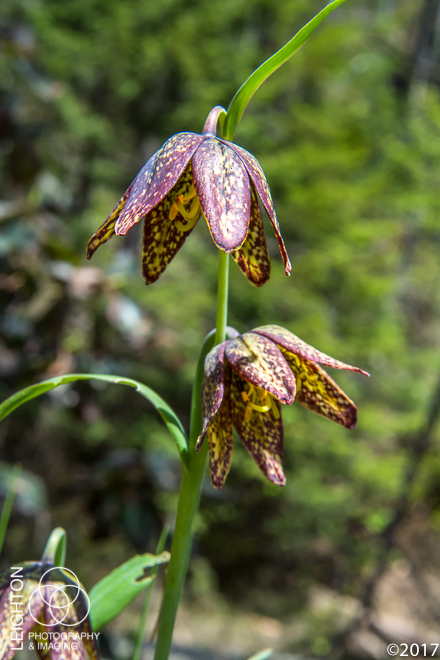 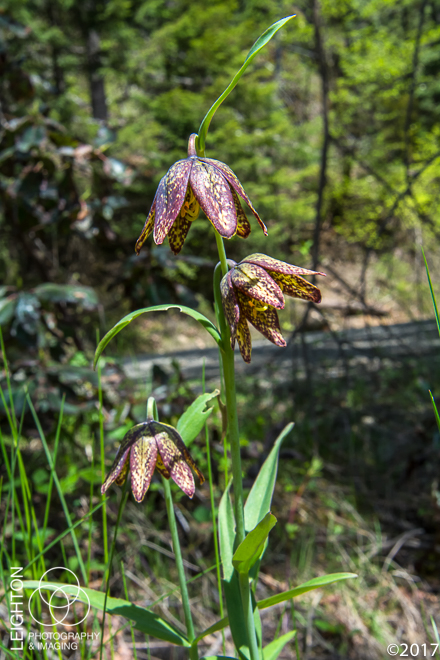 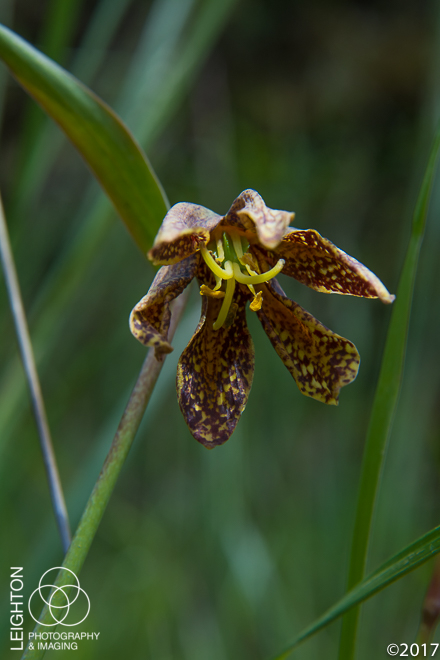