The Chisos Mountains are old. REALLY old for the Southern United States. These mountains were pushed up to elevations of more than 5,000 feet above sea level by a great deformation during the Cenozoic era (66 million years ago to present). Other geological uplifts during the older Cretaceous period (66 million to 144 million years ago) were also pushed up, and fossil and other geologic formations are still sometimes found high in the Chisos Mountains in Western Texas. Last spring when visited these mountains in Big Bend National Park, I was enthralled by the geologic formations, enough to enroll in some geology classes this year. Hopefully in the coming months and years some of what I learn will work its way into more posts like this. 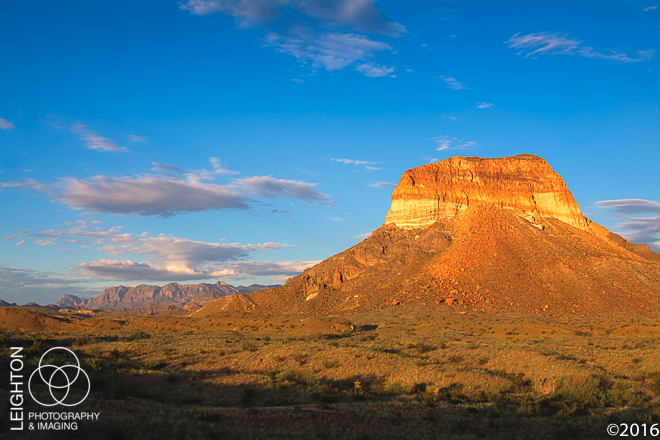 Cerro Castellan – also known as Castolon Peak or Castellan Peak, is a conical volcanic mountain in West Texas that rises 1000 feet above the desert floor (3,293 feet above sea level) in Big Bend National Park. Cerro Castellan itself is part of an ancient series of summits once known as the Corazones Peaks that has since succumbed to millennia of erosion by wind, precipitation, searing heat and bitterly cold winters.
Geologically, this ancient mountain range remnant is a high stack of volcanic rocks, including ash, lava, and tuffaceous rocks. It is capped by a dense lava flow underlain by various tuffs and basalts. A somewhat northwest fault cuts the eastern face of Cerro Castellan. Although little vegetation grows on the sheer cliffs and steep, pointed profile of its peak, the lower slopes of Cerro Castellan support a sparse growth of Chihuahuan Desert scrub, including most prominently such characteristic species as creosote bush and ocotillo. 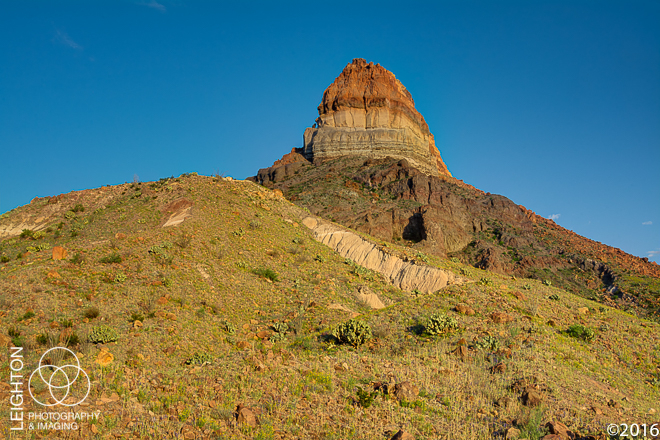 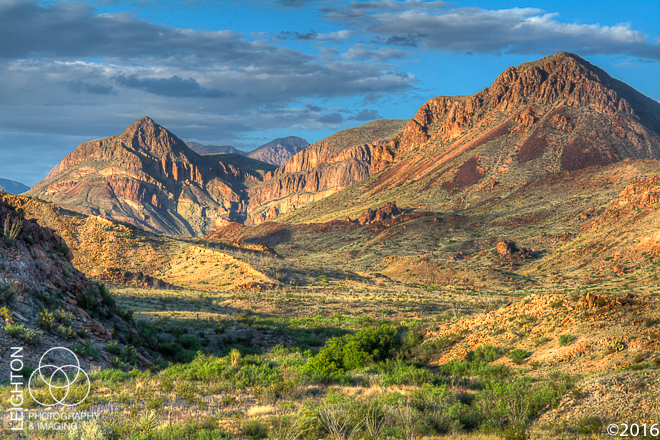 The Chiricahua Desert of West Texas 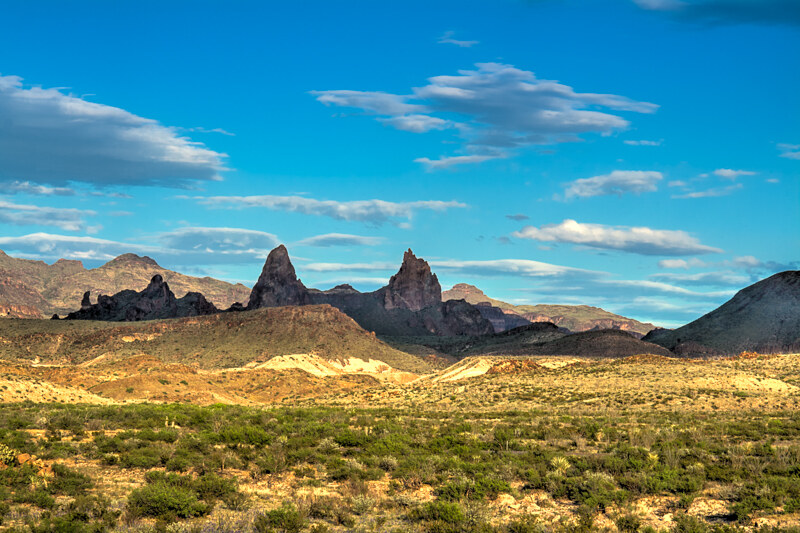 One of the many great rock formations in the Chiso Mountains in Western Texas’ Big Bend National Park and is known as the “Mule Ear Peaks.” These twin peaks are formed from a part of a dike-like intrusion of relatively young rhyolite, and rise about 1040 feet (3,881 above sea level) above the desert floor. 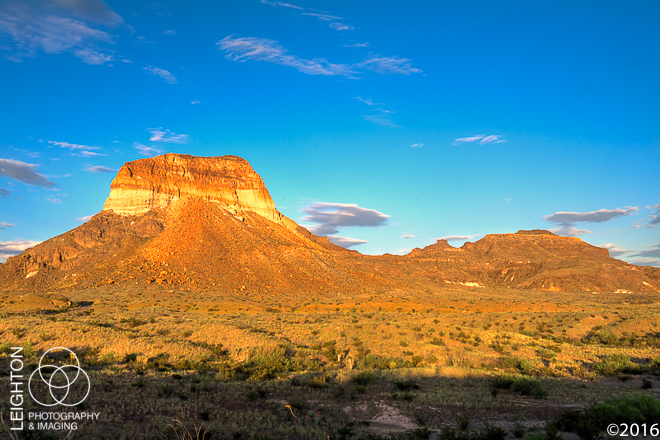 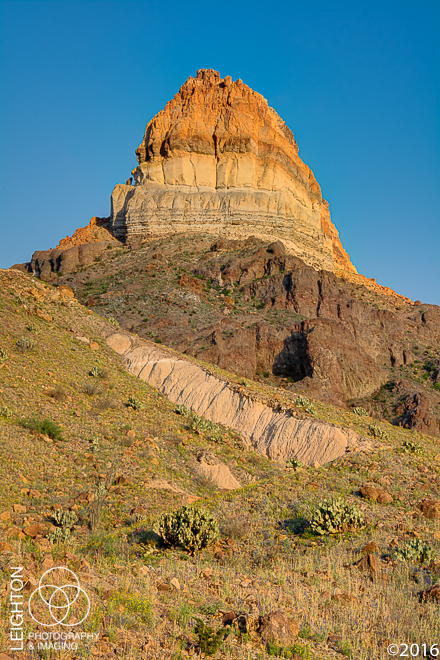 Cerro Castellan (from below)