One of my very favorite groups of wildflowers to find in the wild belong to the lily family: Liliaceae. These include tiger lillies, camas, trilliums, and mariposas. A few days ago while hunting wild orchids on Fidalgo Island near Anacortes, Washington I found my very first chocolate lilies! The brown and yellowish droopy flowers were difficult to see in the shadows of the forest, but I manage to find about a dozen before it got too dark to too see. Not only were they absolutely beautiful in their shape and structure, the coastal scenery where I found them was incredible! 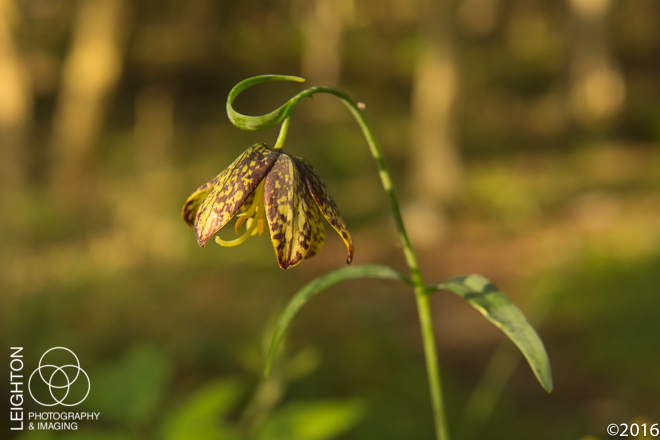 Also known as the checker lily or mission bells, the chocolate lily (Fritillaria affinis), fritillaria refers the mottled or checkered pattern on the petals and is a native, somewhat uncommon to rare member of the lily family found in cool mid-elevation mountains to coastal forests ranging from Northern California to British Columbia, and as far east as Idaho. One the eastern side of the Cascade Mountains it can be found growing in open prairies and grassy bluffs. The chocolate lily grows from tiny rice-like bulbs and once was used as a food source to the indigenous people who have lived here for millennia. The Haida, a tribe from British Columbia when first introduced to rice, referred to this new food as “fritillary-teeth.” This one was one of about a dozen found and photographed on Fidalgo Island in Anacortes, Washington on a mid-April afternoon almost at the very edge of the high cliffs overlooking Rosario Strait. 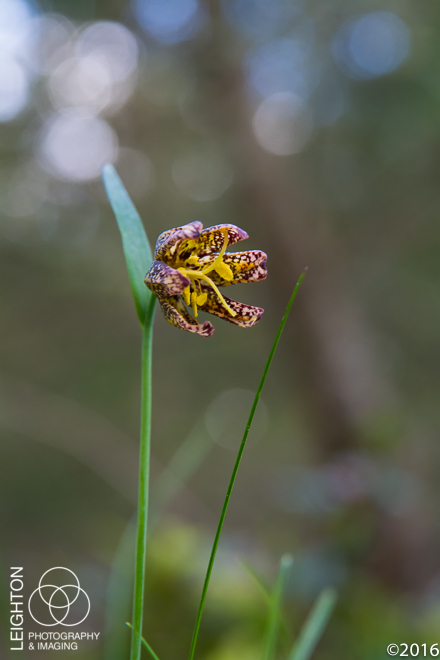 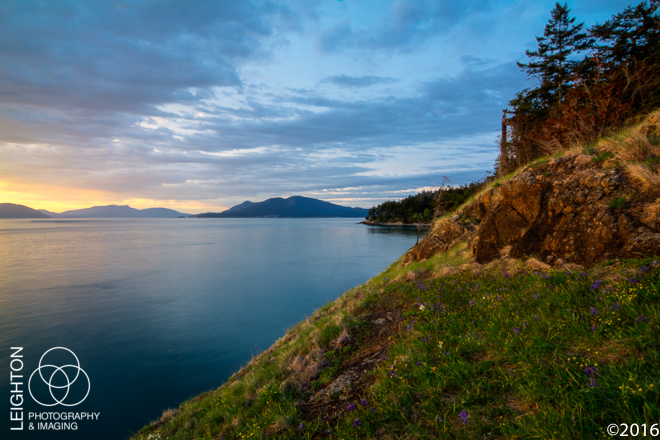 Golden late afternoon light and a beautifully vibrant colorful sky over Rosario Strait as the suns sets behind Washington’s Decatur and Lopez Islands in the Strait of Juan de Fuca. This view shows Blakely Island to the left and Cypress Island to the right. Photographed from Fidalgo Island in Anacortes. 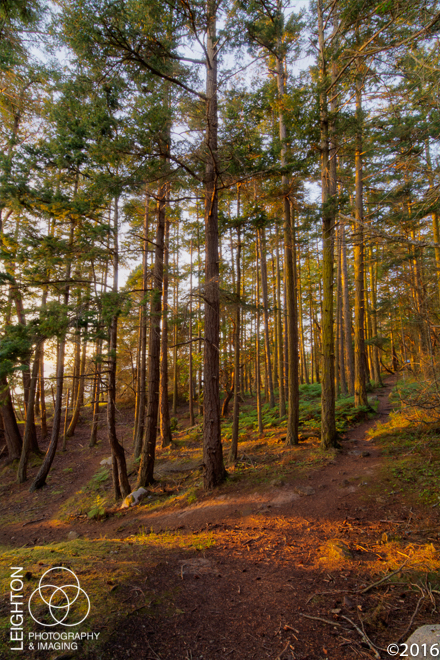 A coastal douglas fir forest trail winds its way up the hill near the cliffs of Fidalgo Island on Washington’s Puget Sound. 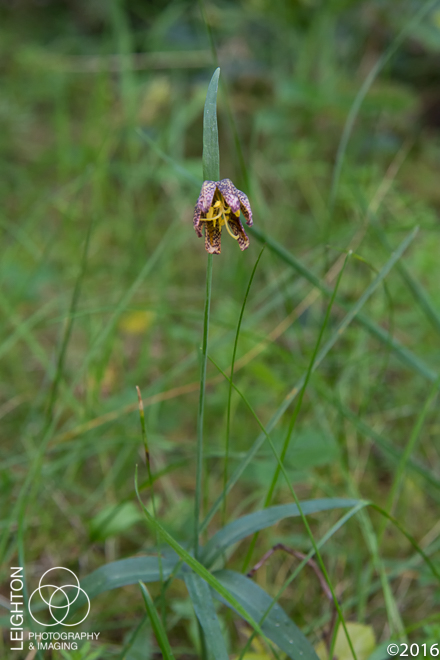 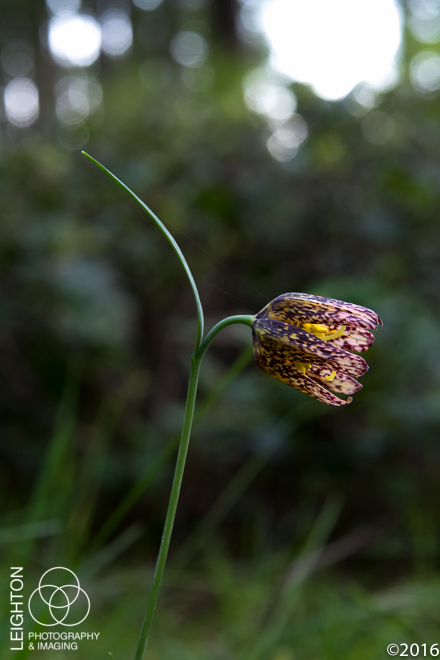 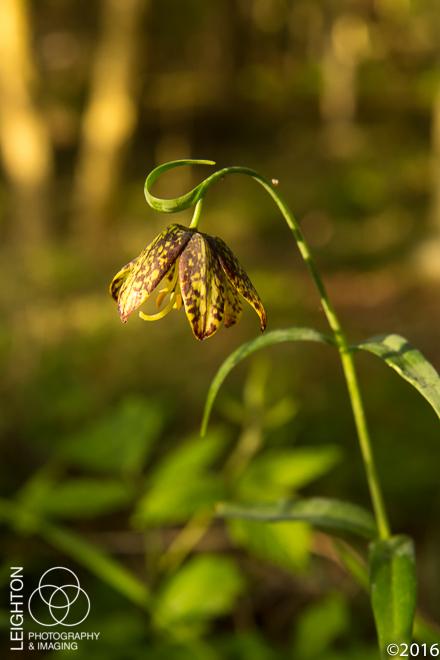 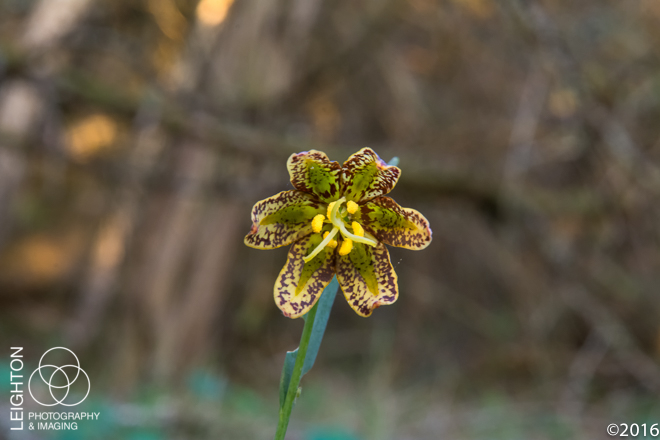 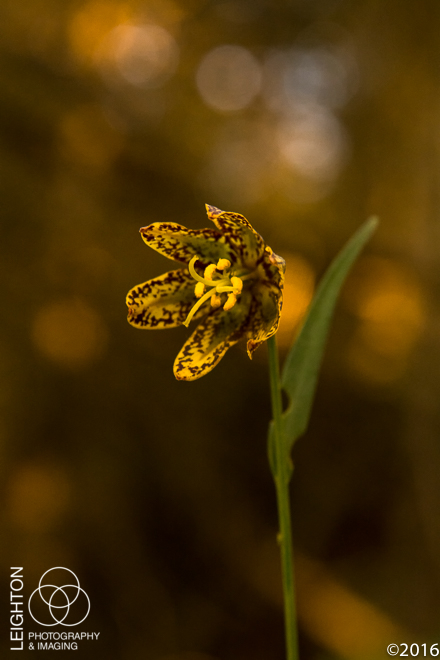 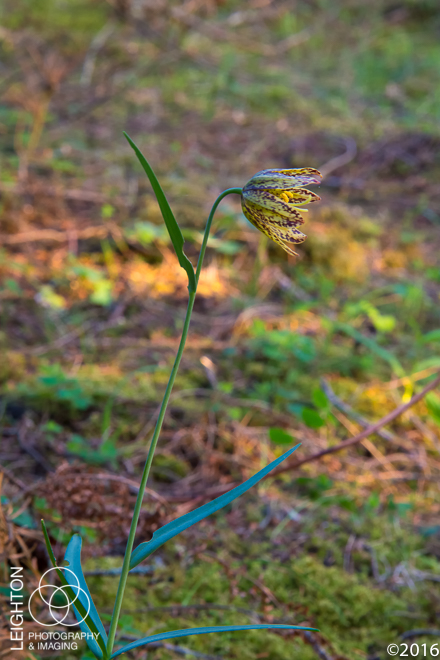 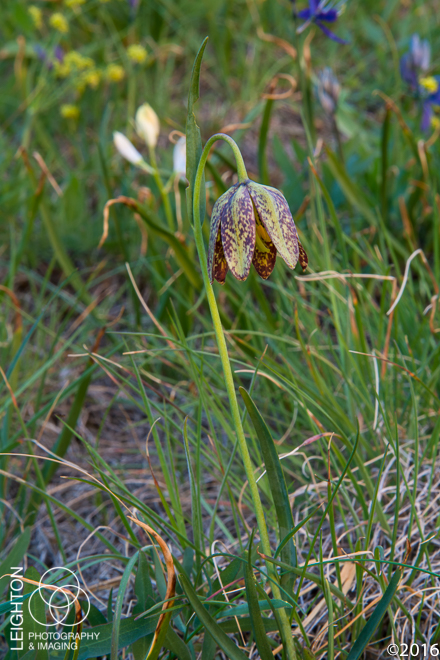 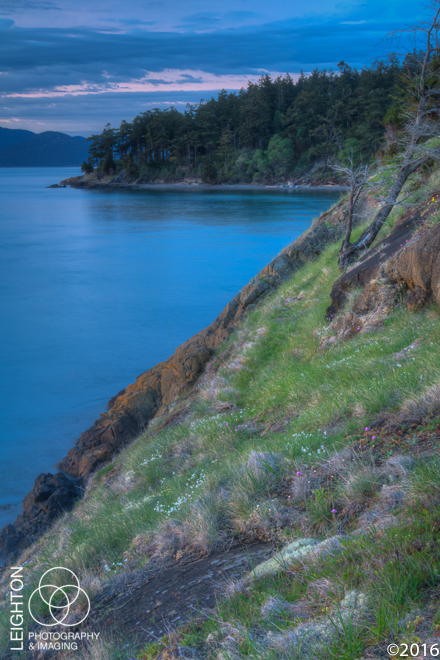 The last light fades over Rosario Strait and her scattered islands. Photographed from an exposed cliff on Fidalgo Island, in Anacortes, Washington.