Last month I was in Alberta and Montana unsuccessfully trying to get grizzly bears on camera, but I did bring home some beautiful botanical images. Here are the first of them! Check out this Western Rattlesnake Plantain!

~ click on any image to enlarge or find location information ~ 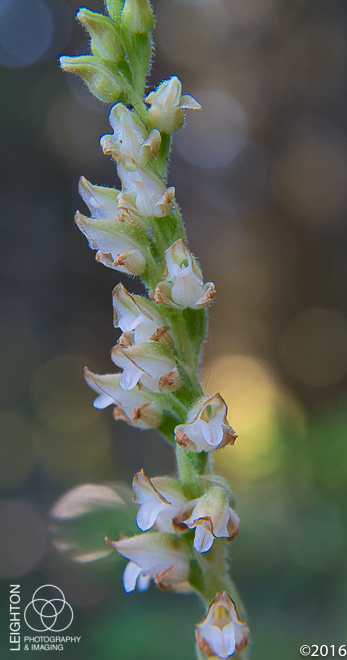 The western rattlesnake plantain orchid is a very common and often overlooked beautiful orchid found across all of the western provinces and states on North America (excluding Nevada) and is found natively in all of the eastern Canadian provinces and reaches south into both Michigan and Maine that is generally associated with conifer forests and mountains that have abundant, deep leaf litter or moss. 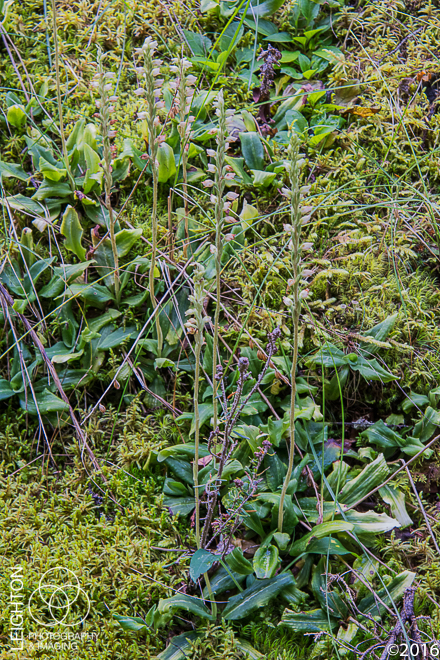 Despite the unusual name, the western rattlesnake plantain has nothing to do with rattlesnakes other than that some of the leaves of orchids in the Goodyera genus can sometimes have such elaborate white-veined patterns on their dark green leaves, especially around mid-rib that they appear to resemble snake skin. As in many naming cases, once an old common or folk name gets established, then is often here to stay. 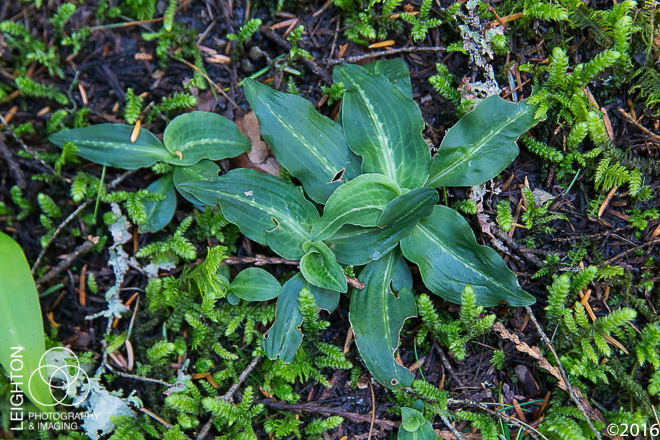 The flowers of the western rattlesnake plantain orchid are quite non-descript for an orchid, but up close they are quite beautiful. Unlike other Goodyera orchid species that all look somewhat similar to each other, Goodyera oblongifolia’s flowers all tend to face the same direction on the flowering stalk, which appears about mid to late summer, depending on the longitude, altitude and local climate. Each tiny flower is hermaphroditic, meaning they have both female and male parts and most often pollinated by bumble bees. 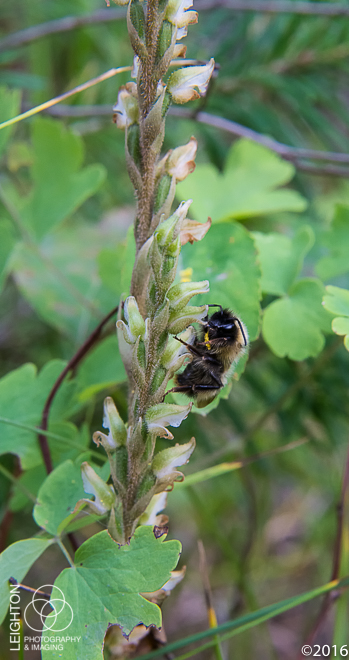 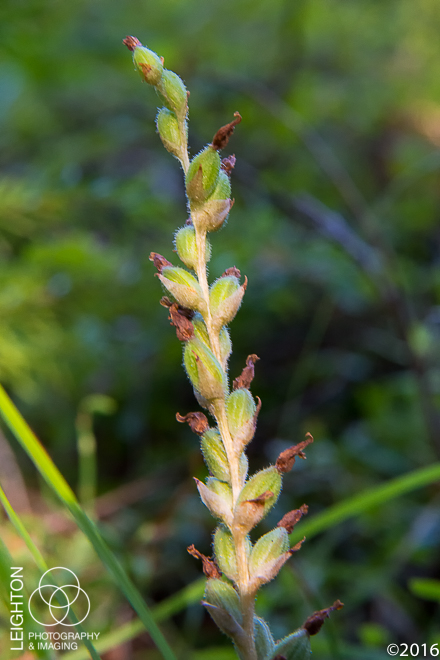 Thanks to busy the bumblebees in the Rocky Mountain summertime, this western rattlesnake orchid’s flowers have been fertilized and have gone to fruit. In later months, these will dry and crack open, releasing millions of microscopic spores ensuring the spread of another generation of these beautiful wild orchids among the forest floor. This one was found in a sunny patch of deep forest where a fallen tree has opened a bit of the overhead canopy, letting direct sunlight reach the forest floor in Glacier National Park in northern Montana. 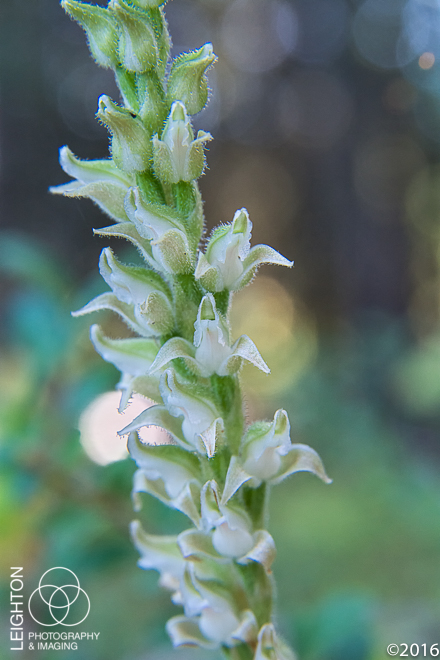 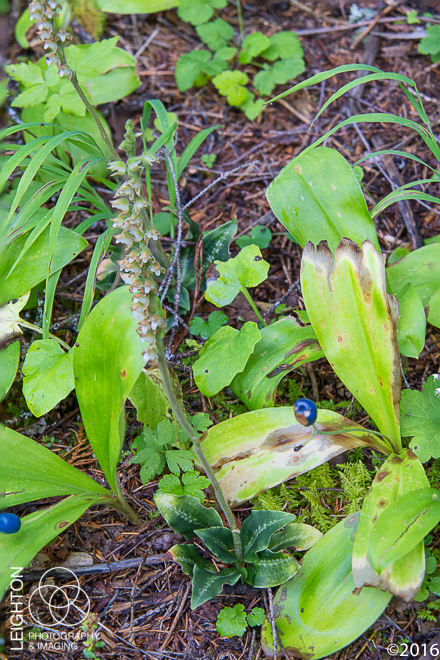 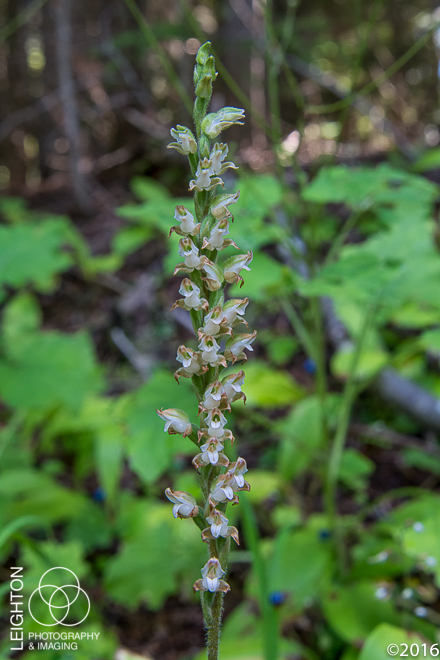 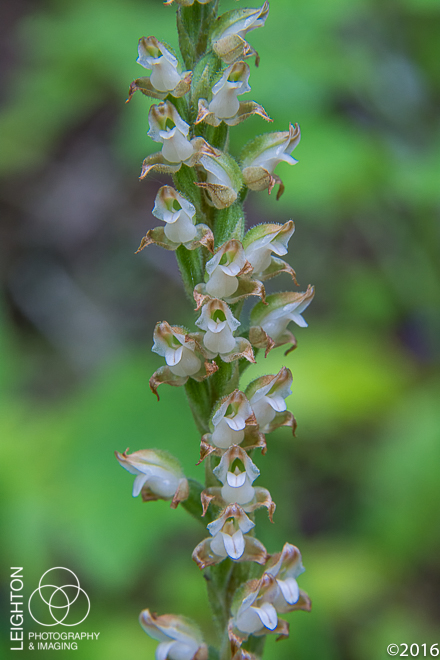 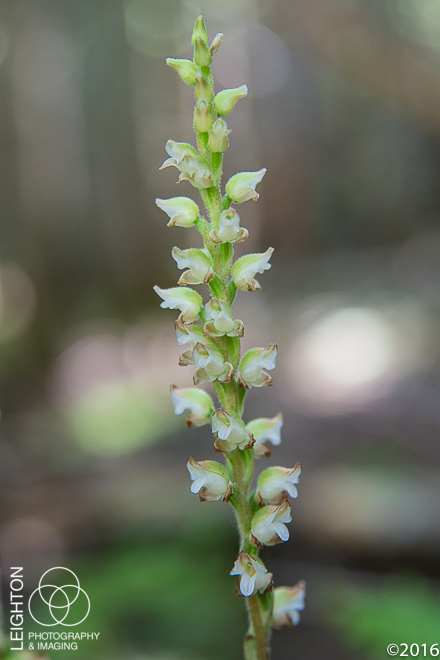 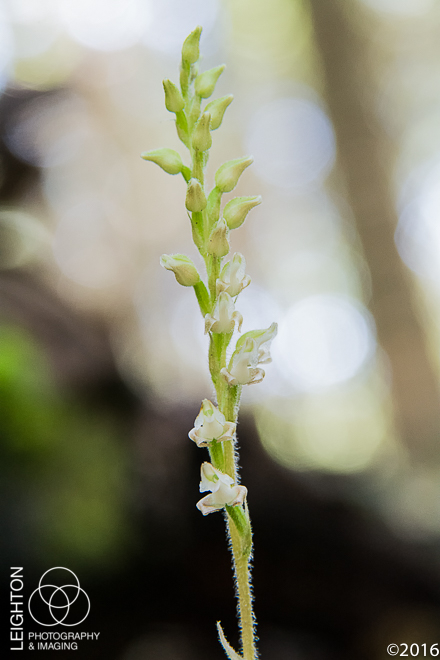 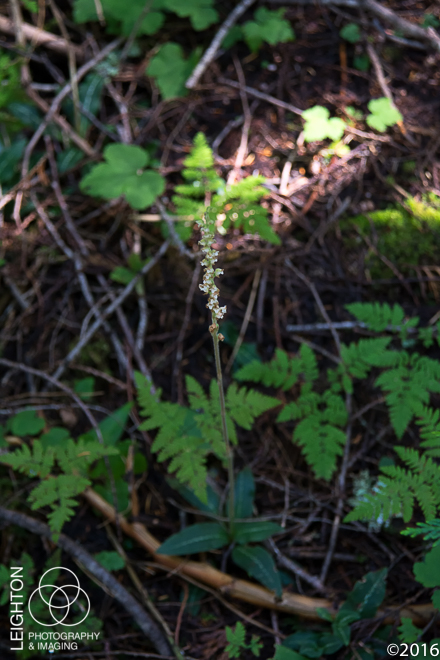 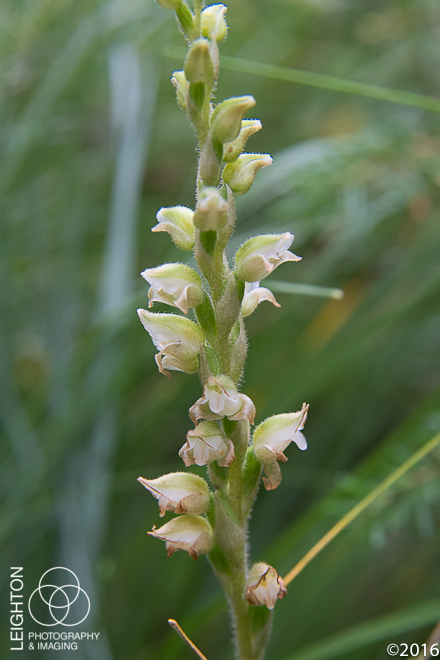 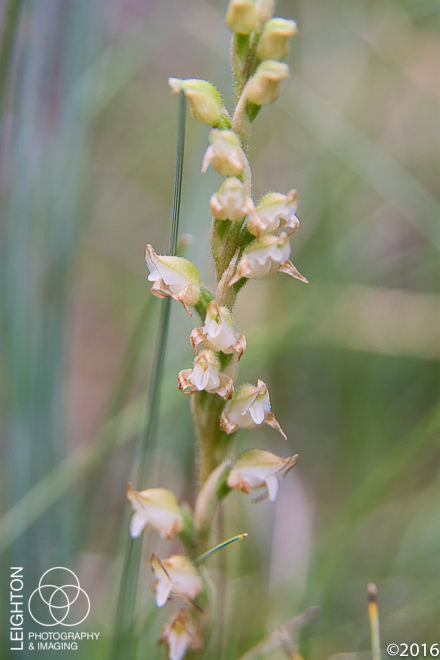 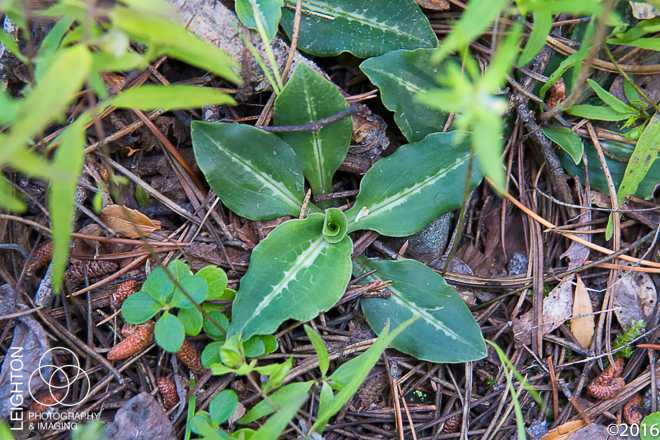 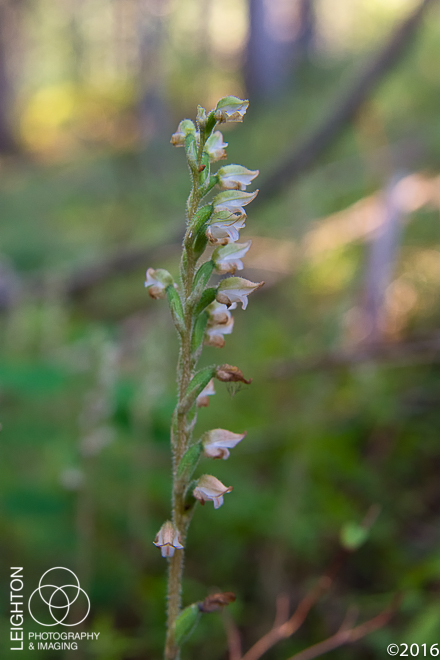