One of the most bewildering sounds I’ve been hearing in the mountain forests sounded like air being blown over the neck of a big glass jug, only deeper and louder. It always seemed to resound of the rocky outcrops and insinuate its way through the trees like skin-prickling, icy spectral breath. I had assumed it was an elk – ready for spring and ready for love. 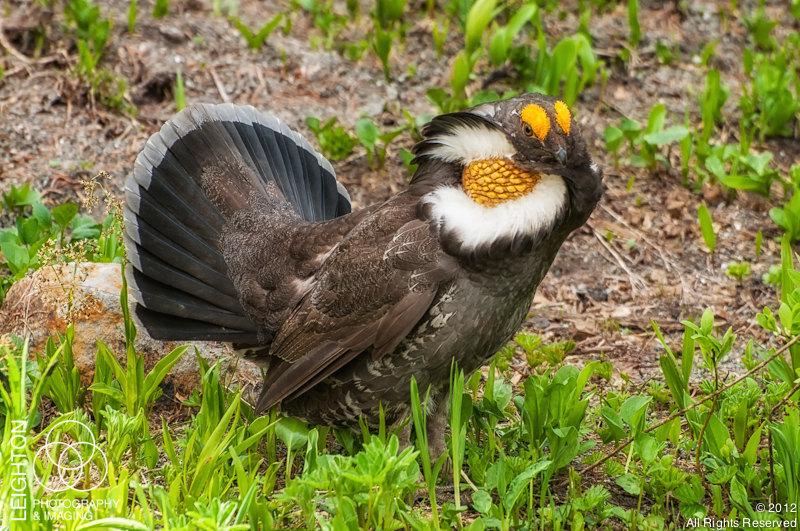 Then I heard it a few days ago on Mount Rainier near the snow line. Not only was it the middle of July, but I heard it moments after a strange owl-sized bird flew over my head and landed near another bird I was trying to photograph at the moment – a chicken-like bird I assumed was a blue grouse. (For my new readers – I’m entering my second year of photographing Washington wildlife and am still learning the ways of the wild here) 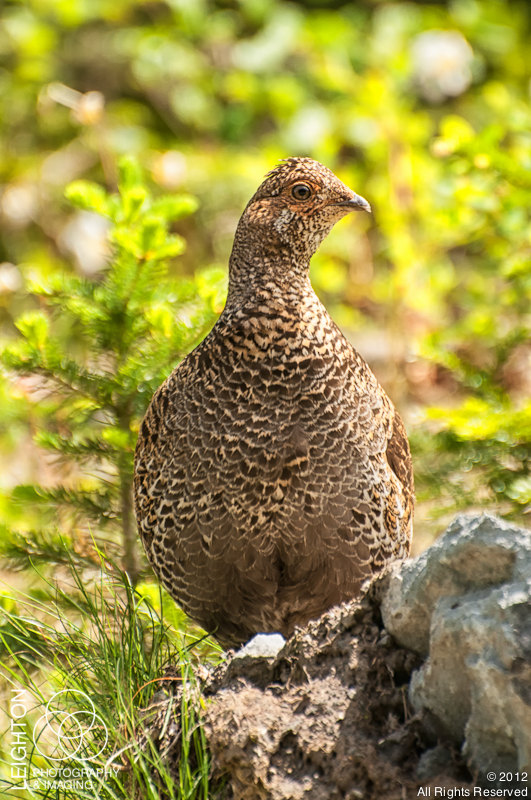 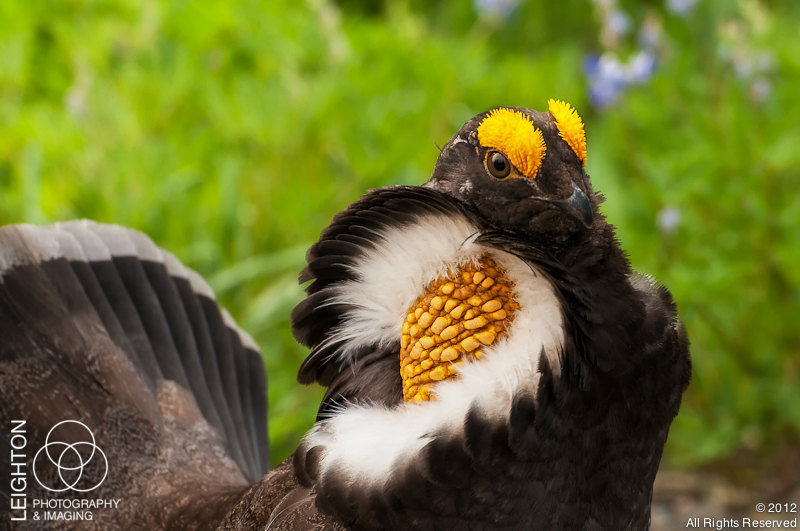 This was the craziest looking bird I’ve seen in a long time, and I recognized it immediately from one of my field guides, and only knew it because I had the briefest of glances of one the week before in the Olympic Mountains but was unable to get a clear shot before it went over the mountainside. 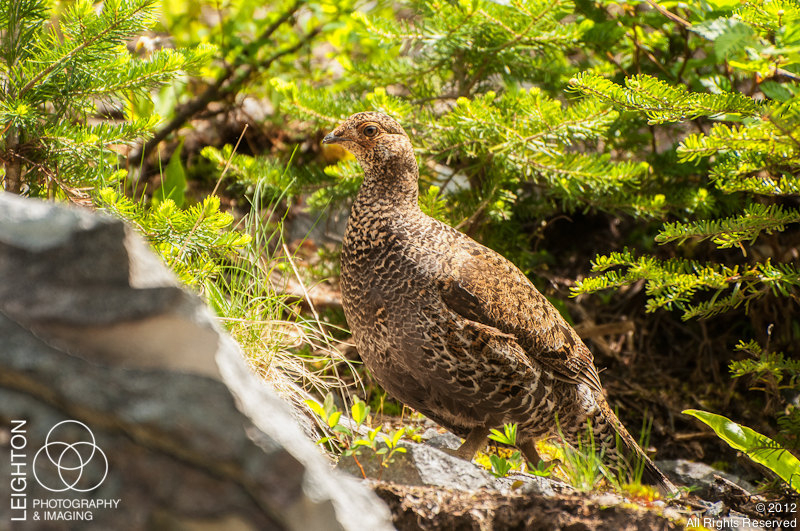 This male grouse was so taken with the female I was stalking that he never paid the least bit attention to me. This was the second female grouse I’d photographed in the past 30 minutes, so I decided to concentrate on the male, resplendent in his showmanship, plumage and for lack of a better word – “cockiness”. Much to my delight, I was able to easily shoot a series of images without disturbing either bird, and was able to do so from a short distance. 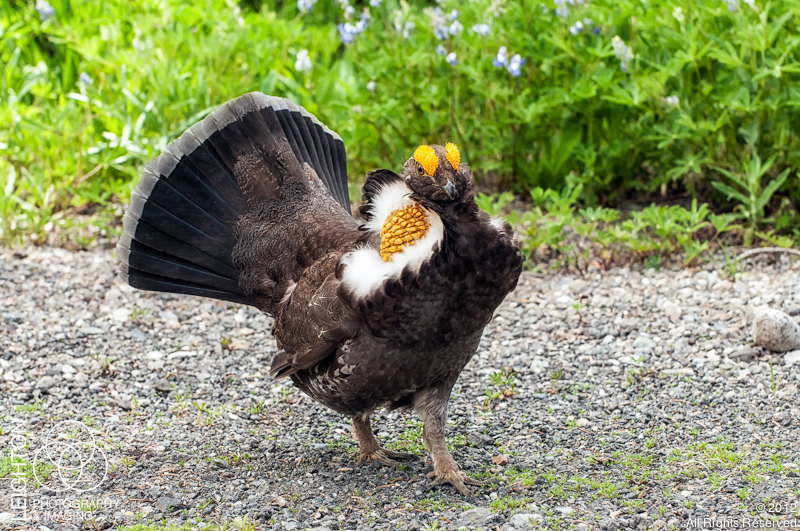 Back at my desk, I was able to do some more research on this bird so I would be more familiar not only with it, but its place in the ecological system. Most of my sources listed it as a blue grouse (Dendagapus obscurus) but some of the examples found both on the web and in my books looked a bit different, while some looked exactly the same as my bird. Luckily for me, Audubon’s digital field guides are regularly updating their databases. I learned that the bird once known as the blue grouse is now two separate species as of 2006, based on DNA and behavioral data: the sooty grouse (Dendagapus fuliginosus) of the Pacific NW coastal region from California to the Yukon, and the dusky grouse (retains the name Dendagapus obscurus) which is found more in the interior of North America, especially in the Rocky Mountains. Even to my eyes, my confusion in correctly identifying this grouse at first was based on plumage and skin color on the eye comb and neck.