“Those who charm scorpions and handle snakes only brand themselves with their own hands.” ~ Sri Guru Granth Sahib

I’ve been spending a lot of time out in the desert and sagebrush country in Central Washington over the past couple of weeks, particularly in the area from Yakima to Vantage where Spring is in full swing. The highlight for me was finding my first wild scorpion – something I’ve been trying to do for the past 18 years. My wife found the first one, a baby scorpion, and about five minutes later I found an adult. These following images are just a sneak peak of all the images I’ve been bringing home from the field with me. Enjoy! 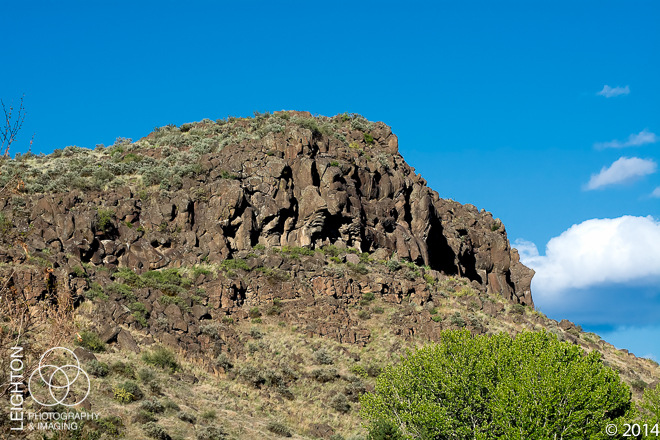 This rock was once molten lava forced from deep within the earth as it covered most of Central Washington, up to three miles deep in some places. Many thousands of years of erosion, weathering and exposure to the elements has left us with massive crumbling rock formations like this basalt rock wall. 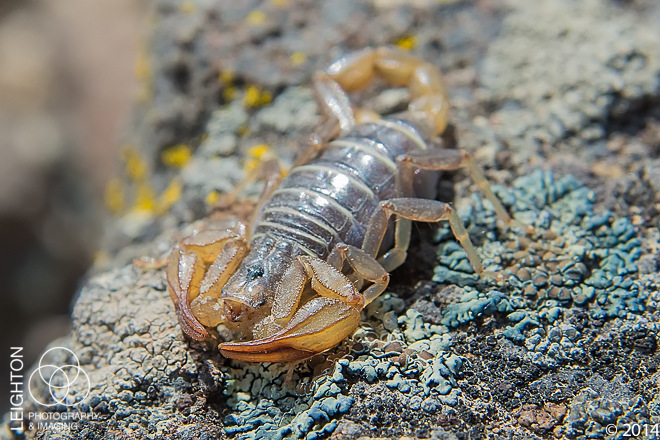 A beautiful specimen of an adult northern scorpion sits on a rock covered with brilliant teal-colored lichens in Central Washington State. This inch-and-a-quarter beauty is the most northern species of scorpion and is the only one found in the upper Pacific Northwest. Completely harmless to humans, the sting will burn and cause numbness, so caution is advised. 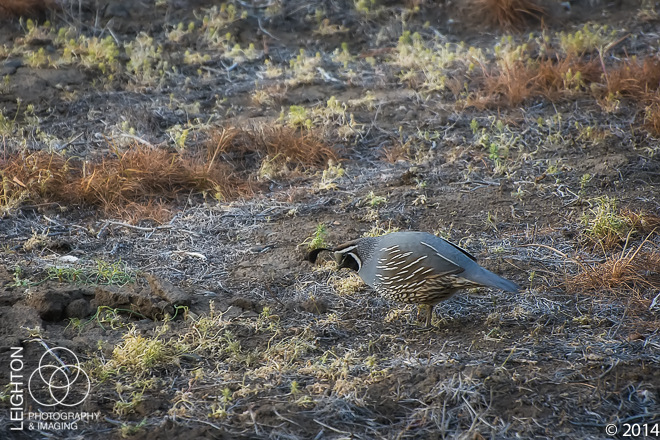 A wild male California quail hunts for seeds and insects in a disturbed field outside of Yakima, WA in Cowiche Canyon. Although it is California’s state bird, this native quail is found from Canada to Mexico along the West Coast in dry, arid habitats. 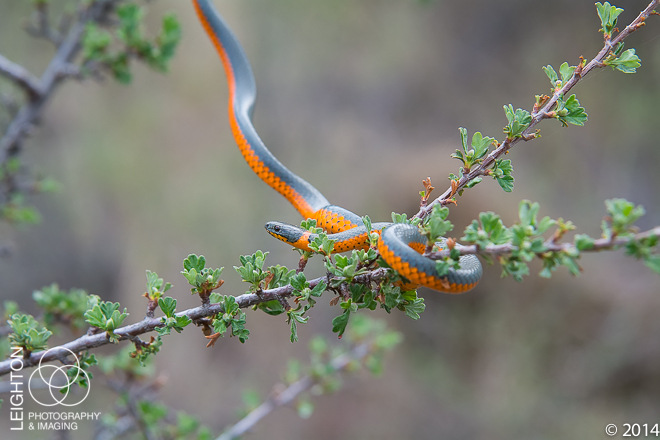 Close-up detail of a northwestern ringneck snake in Cowiche Canyon, WA. Normally a moist forest-loving species, I was very surprised to find this slightly venomous, rear-fanged colubrid under a rock in the sagebrush desert next to Cowiche Creek. 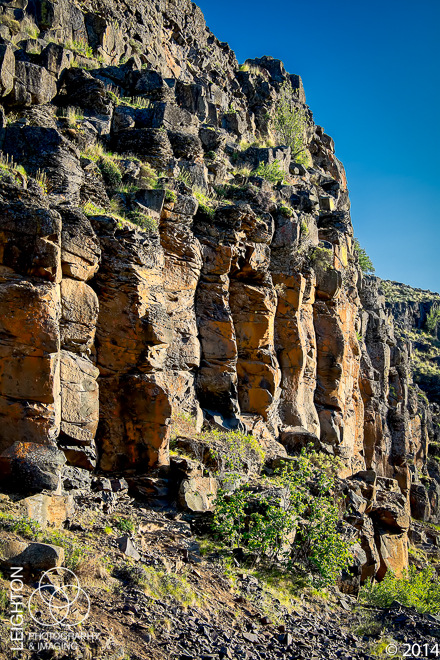 Ancient basalt columns are a typical sight in Central Washington. They are formed by cooling lava, forming cracks that create these columns by contracting. The faster the lava cools, the thinner the columns. These thick columns cooled gradually over some time. The presence of the lichens that now cover the stony face is an indicator of very good air quality and a lack of pollution. 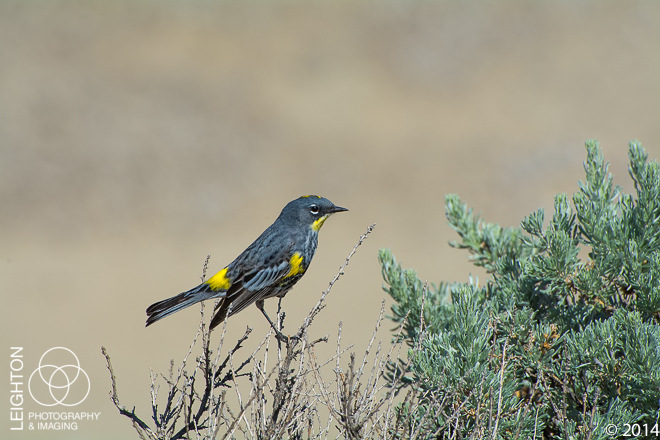 The Audubon’s yellow-rumped warbler is a subspecies of the common yellow-rumped warbler and is found primarily on North America’s west coast. A bit of confusion exists in regards to the exact taxonomy of this species, and it’s very likely to be changed into its own distinct species. This adult breeding male was photographed in Central Washington above the Columbia River in Kittitas County at the top of a cliff several hundred feet high. 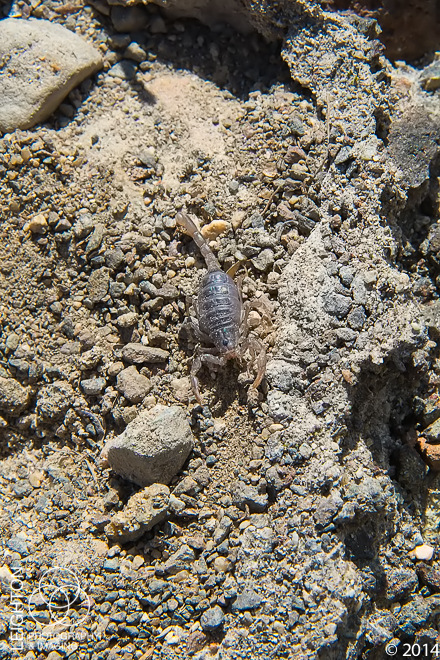 A tiny northern scorpion is discovered under a small rock in Central Washington State. Probably only a second or third instar, this almost half-inch fat little arachnid is just about ready to molt, judging by the darkening skin along its sides. When it does molt, it will shed its skin and a fresh, slightly larger scorpion will emerge. 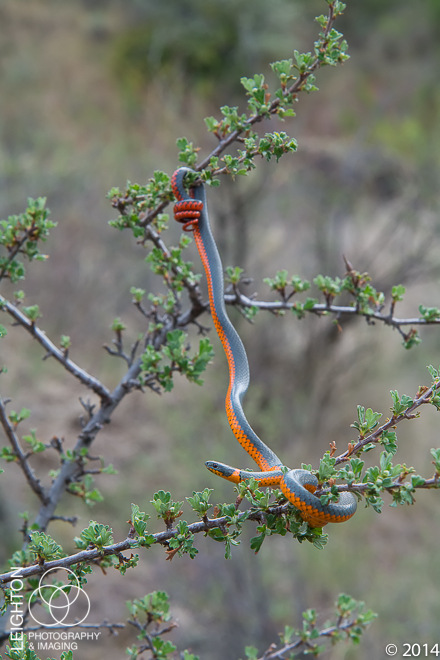 A wild northwestern ringneck snake posed in an antelope bitterbrush shrub solely for this photograph. These fast, secretive, nocturnal and beautiful small predators are a subspecies of the ringneck snake found all over North America. Unlike most other subspecies, instead of the normal black back, this group has a blue-gray color variation with the typical striking bright orange belly and neck ring. Notice the curled tail, which serves as a “warning flag” – a common threat display warning a bigger predator (me in this case) that it is toxic to eat, which is entirely a bluff. 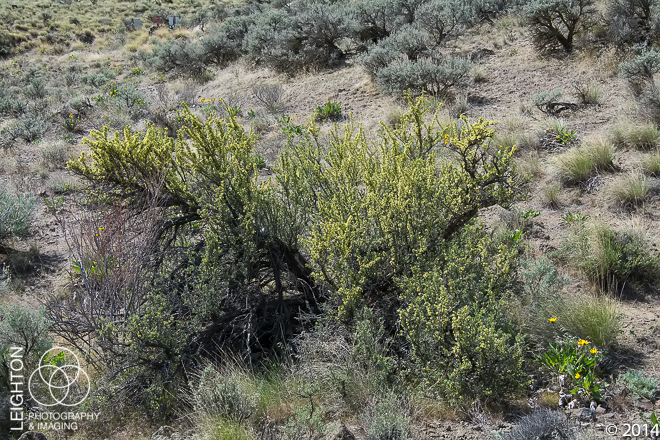 This tough, woody shrub is common in the most arid regions of the American and Canadian West, and is a member of the rose family. Attractive in the spring when it is overloaded with small yellow flowers, it is often found with balsamroot species in sagebrush desert habitats, and is an important food source for deer. This one was photographed in Central Washington in Kittitas County near the Columbia River. 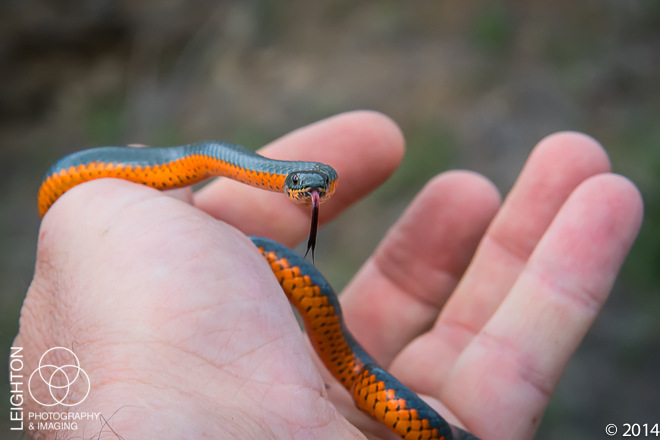 The same ringneck snake in my hand to show the size, just before I placed it next to the rock where I found it, and watched it slither away to safety. 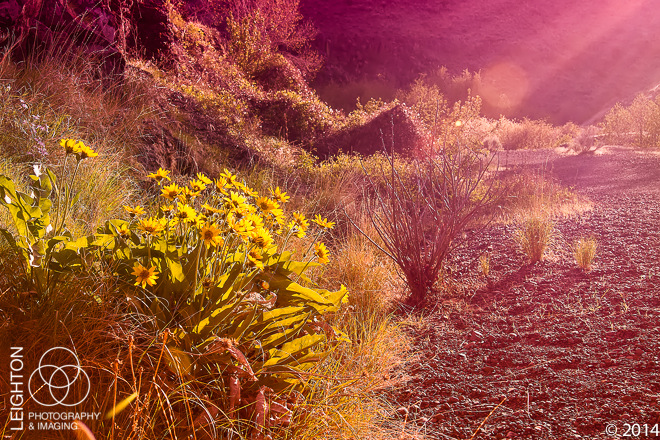 Sunset in the Sagebrush Desert