After years of hunting down and photographing wild orchids all over Florida and the American Southeast for much of the past decade, when we decided to move to Washington one of the first things that came to my mind as we began planning the move was, “There will be all kinds of new orchids for me to find!” I had no idea they would be so plentiful, and easy to find! My first day out, I found literally thousands of them, including about seven different species. Over the next few outings, I found even more! In the upcoming weeks, I will be posting the images of all the new ones I find and have already found – and will tell you about my thoughts as a seasoned orchid-hunter in a brand new part of the country. 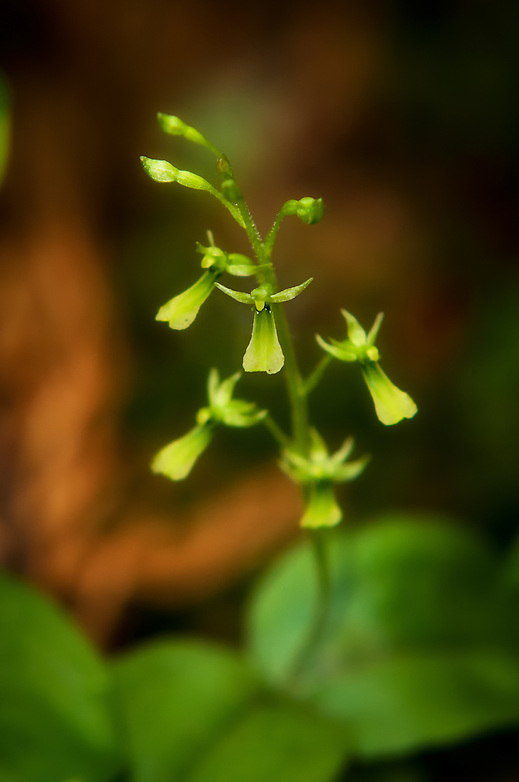 I found this beautiful tiny terrestrial Northwestern Twayblade (Neottia banksiana) quite by accident in the Cascades Mountains in Stevens Pass as I was lying down in the forest and in the process of photographing another larger orchid. I was checking the back of my camera to see if my images were exposed correctly and sharp enough when I caught that familiar cocktail-olive green color between my elbows. Somehow it survived being crushed by yours truly and was even perfectly lit by the filtered light coming through the trees above. 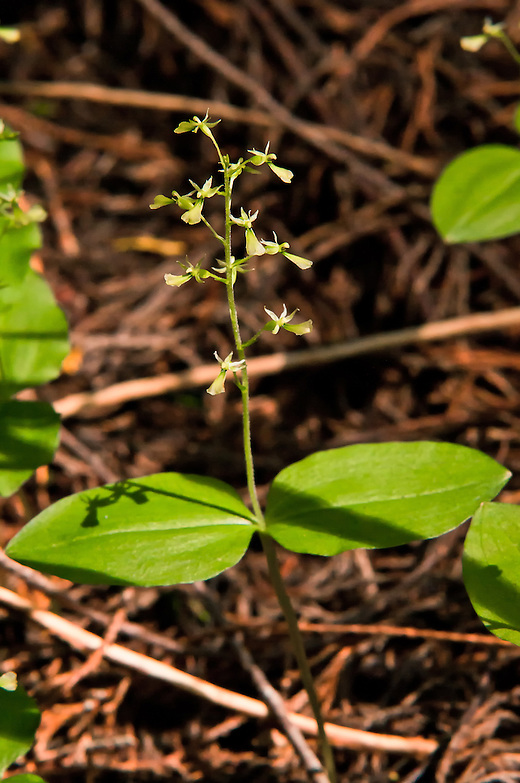 This was my first time seeing this species, which is a member of the classification tribe called Neottieae which can be found in many parts of the world. I’ve photographed other members of this genus in Central Florida. They can be usually be identified by the twin opposite leaves. When the time is right, these nearly invisible humidity-loving orchids will quickly flower, often in large colonies. This particular day I found a new colony of thirty to two hundred plants every quarter mile or so. I couldn’t have been happier!