An Elusive Beauty – The Red-Headed Woodpecker

One of the most difficult birds for me to find in Florida has been the red-headed woodpecker (Melanerpes erythrocephalus). It is a very skittish bird – even for a woodpecker, and tends to avoid people if encountered. I’ve seen them only a couple of times in the Osceola National Forest north of Gainesville and in remote areas near the Georgia border north of Tallahassee, and only from a distance of at least five hundred feet. They are rather uncommon to rare, and often confused with the very common red-bellied woodpecker (Melanerpes carolinus) – which does have a bit of red on the crown of the head, but this coloring does not encompass the entire head. There is a particular lustrous red metallic sheen to the feathers that makes identification easy, even at a great distance. The other characteristic is the black back and wings with a broad white patch on the lower part of the wings. The official status of the red-headed woodpecker is “near threatened” and their population is in a decline.

Last week, I was on a shore fishing outing with some friends in Wakulla County – a day off from photography – when movement in the corner of my eye on the beach drew my attention from the waves to a solitary dead pine tree, killed by saltwater on the eroding beach. Near the top of the tree was a pair of red-headed woodpeckers, not twenty feet away from me. Typical! The one time I deliberately don’t have a camera with me. Then I got to thinking and I was busy drowning my apparently unscrumptious bait….. this pair is probably nesting nearby, and will most likely be here if I return. 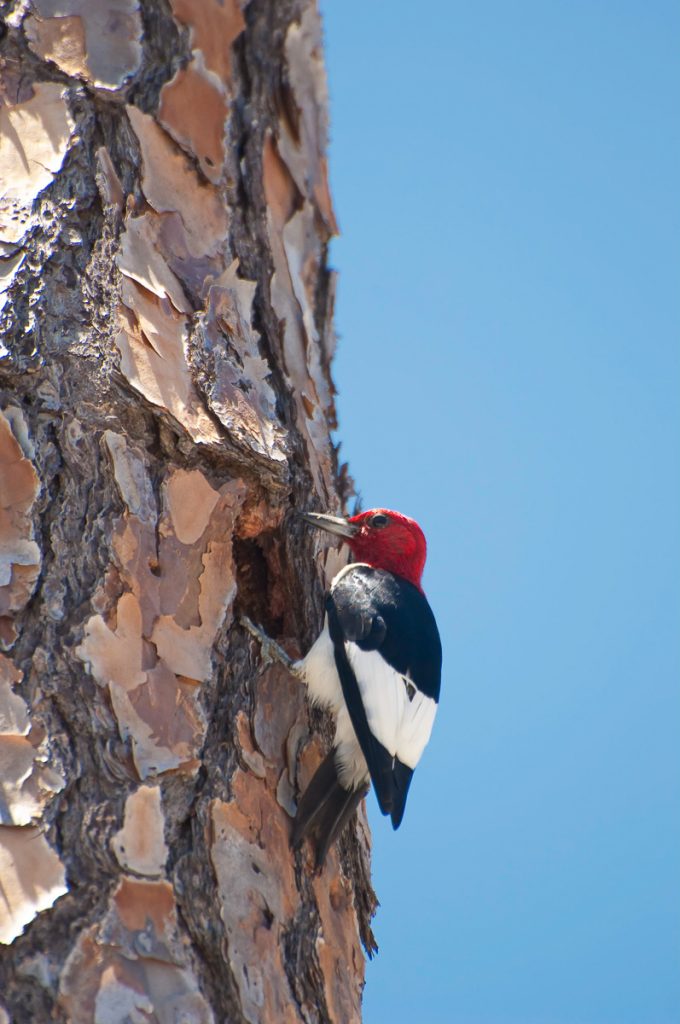 I returned a few days later and on approaching the same dead pine – there was one of the woodpeckers, busy drilling out a hole. I was able to start doing my “shoot & scoot” method of getting close enough to get my shot, and it was fantastic! 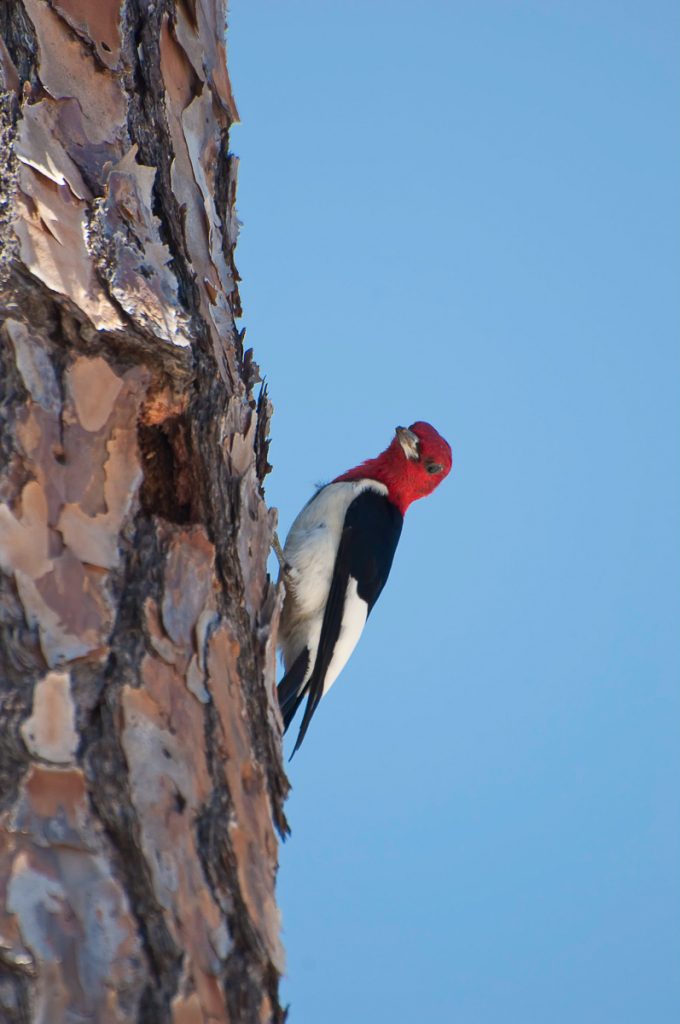 Although the second woodpecker was not to be seen, after about 20 minutes I had all the images I needed, and had the rest of the day to look for new subjects…. and the rest of the day was equally as good! Check back often as I’ll be post many more photos from this day’s trip, and lots more from various other locations around the State of Florida. Thanks for visiting!