First night in the desert after flying from Seattle to Las Vegas earlier in the day. Spent the night in the car as it got dark while hiking and was too tired to set up the tent. Windows rolled down, the wind through the rocks and the song of the crickets had me asleep in minutes. Deep sleep came swiftly. 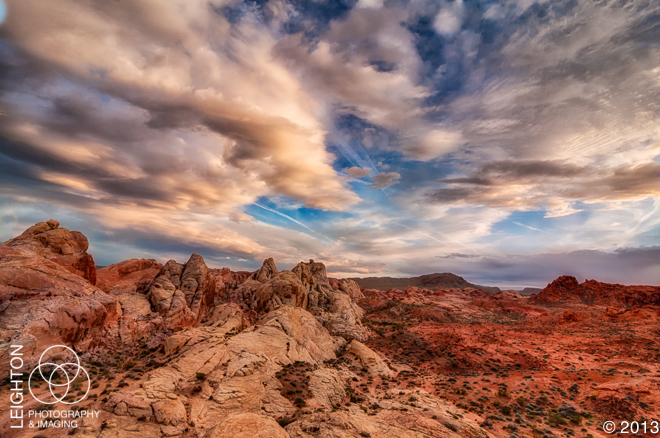 To say that I am completely overwhelmed by the sheer beauty and magnitude of these multi-colored rock formations would be a huge understatement. I spent all of the past afternoon well into the evening hiking through the canyons and climbing to the tops of these massive rocks to get photographs that would accurately represent all of the wonder that I felt when seeing every devastatingly enchanting vista every time I reached another peak, or exited another canyon into another valley. 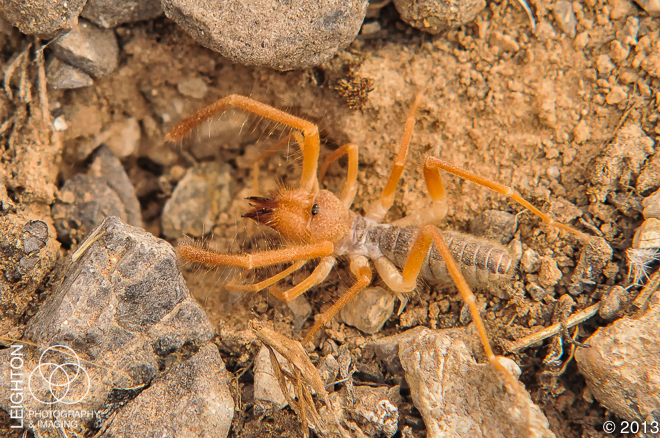 The moment I took off the lens cap was pure joy. Frame one was of a creature I’ve always wanted to photograph but had never seen in person: a windscorpion – a very distant relative to scorpions and spiders which is equipped with a fierce pair of mandibles that one might call the wolverine of the arachnid world. Very aggressive and voracious, it will capture and start devouring its prey without waiting for it to die first. 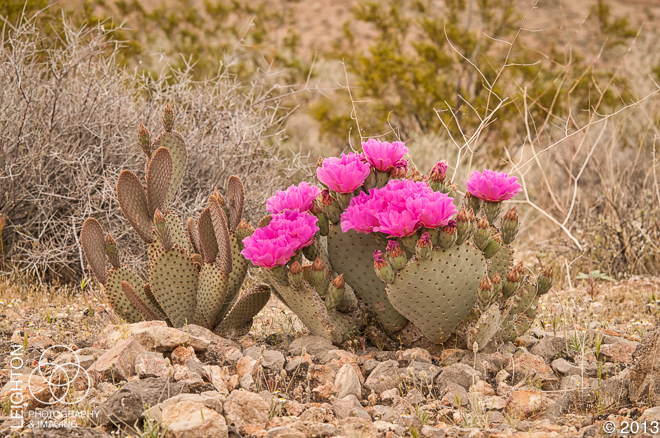 Several other interesting species were photographed – Gambel’s quail, very many species of wildflowers, and several gorgeous cactus species that are flowering in the most vivid and beautiful colors. 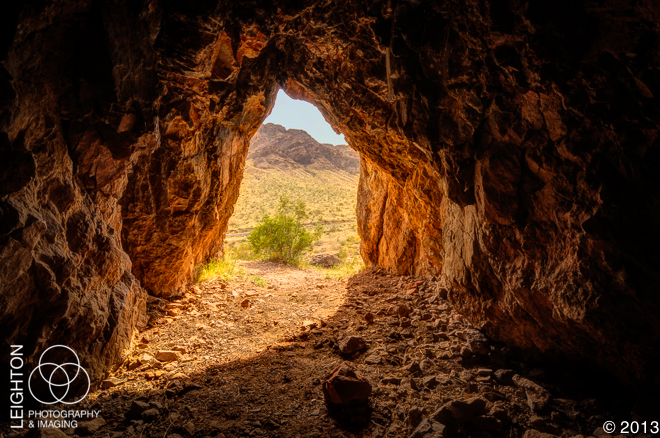 Natural Cave in the Hills

A photograph from within a cave in Southern Nevada while hunting unsuccessfully for vinegaroons while climbing the cliffs in the area. I just arrived in time for perfect light! 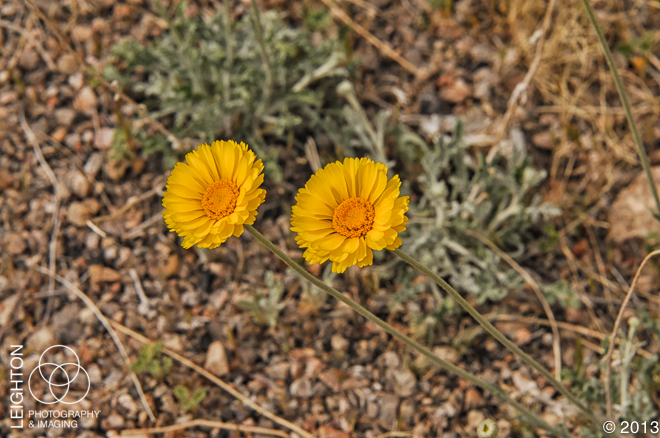 The very common, yet beautiful desert marigold grows for most of the year anywhere that stays above freezing in the deserts of the Southwest. These were photographed. along the roadside just outside of Las Vegas, Nevada. It is also called the showy desert marigold. 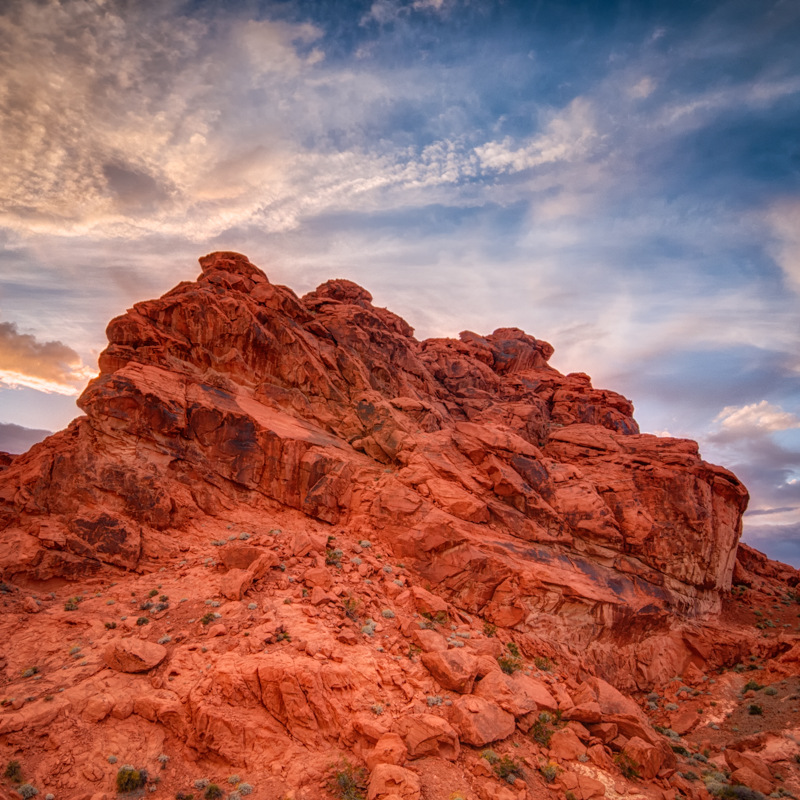 The Valley of Fire in Southern Nevada is home to some of the most spectacular rock formations in the United States. 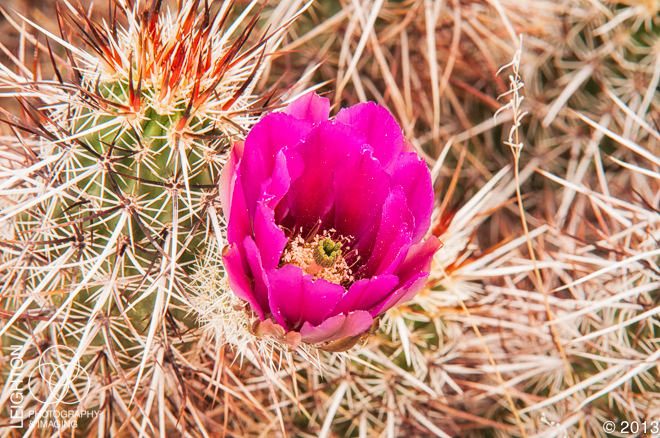 This beautiful hedgehog cactus was photographed while hunting down desert quail to photograph in Southern Nevada in early April. I lucked out to find a freshly-opened flower in the early evening.

The high note for me so far is the varying hues and colors of the terrain in the hills and rocks, especially during the setting sun. Absolutely astounding. A quick 50′-100′ climb up one of these wind-formed formations is mind-blowing! Especially with the knowledge that in this ancient land, dinosaurs once roamed and flourished, while much later ancient people and cultures were born and thrived here for millennia. Will look for petroglyphs, fossils and artifacts to photograph when the sun rises in an hour or so before I head east into Utah.

Many, many more images from the Valley of Fire and the three other states I visited after Nevada are coming up soon. I have so many keeper shots that it boggles my mind. The only thing holding me back from posting faster is the research I have to do to identify species and learning a bit about them and how they form a part of their habitat and ecosystem. Without this understanding, I’m really not able to do my job correctly so that I can show the true nature of what is in front of my lens.