For those who know me, have hiked with me in the outdoors, or had been to my home in the early 2000’s, they will know that I am an acute arachnophile. My love for arachnids developed as a kid growing up in my hometown of Bradenton, Florida where one could find all kinds of orbweavers, wolf spiders and black widows. Our carport was loaded with old peanut butter and jelly jars stuffed with dirt, leaves and sticks, each containing some sort of venomous critter with a neat series of tiny air holes in the metal screwtop lids. And now my first foray into the Guadalupe Mountains in West Texas searching for venomous scorpions blew my mind! 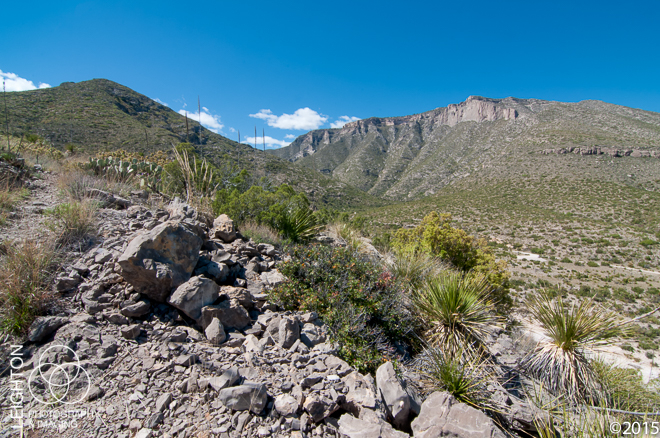 McKittrick Canyon in the Guadalupe Mountains

Once an ancient Permian ocean reef, these hills and cliffs that are part of the Guadalupe Mountains near Salt Flat, Texas are an example of one the world’s very best and oldest fossilized coral reefs. Now part of the Chihuahuan Desert the area is teeming with sea life fossils. 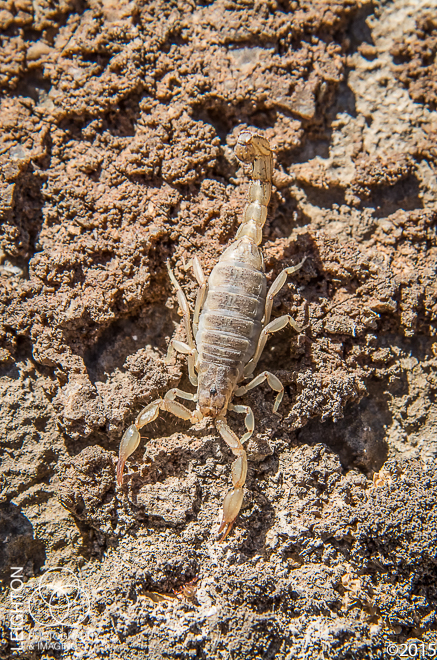 A view of the lesser striped scorpion (Hoffmannius coahuilae) showing how well it blends in with its environment. Normally a burrowing species, this one was found under a rock and gently coaxed onto the top of this rock for this photograph before being gently placed safely back under its original rock. 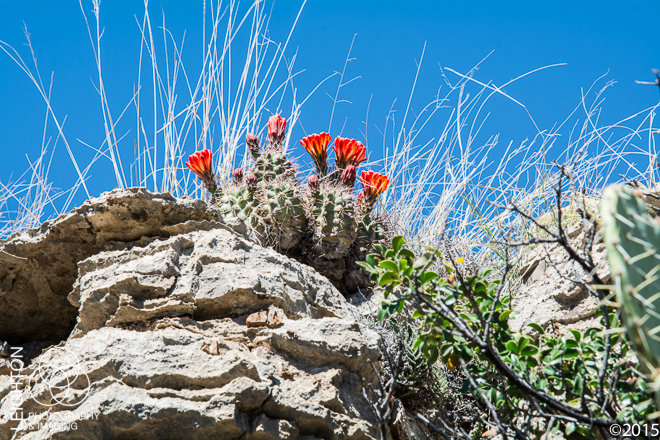 This incredibly beautiful (and red!) mound or hedgehog cactus is a rather common sight in the Guadalupe Mountains. In several parts of the range I saw dozens if not dozens of dozens all in bloom. That vivid bright red color made them easy to spot from a distance!
_________________________________
In the early 2000’s I had a sizable tarantula breeding operation going on in my apartment along with plenty of major bulk wholesale buyers all over the world, and had a part-time side job working for an exotic animal importer in Fort Myers where I had access to all kinds of incredible tarantulas, scorpions, centipedes and other invertebrates from all over the world! It’s here I got familiar with the world’s most dangerous scorpions such as those in those Middle Eastern beauties of the Androctonus genus and the wonderfully named “Deathstalker” scorpion. It was also here where I got a healthy appreciation of what it feels like to be stung & pinched by scorpions from around the world and get bitten by those vicious high-strung Asian tarantulas! 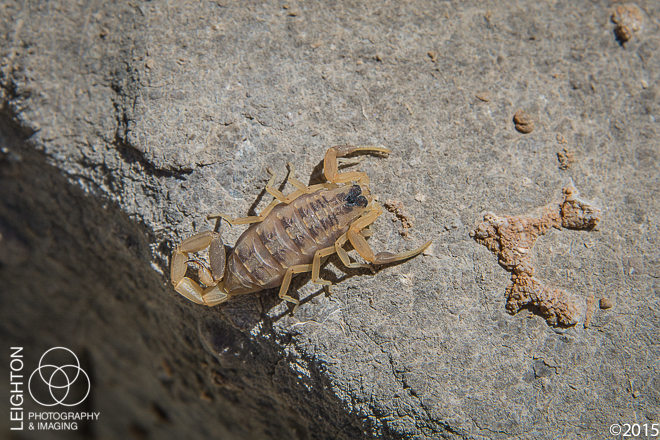 Easily North America’s most common scorpion, the striped bark scorpion (Centruroides vittatus) is a medium-sized species found across most of the southern states and many of the states in Mexico. Perhaps one of the reasons for its geographical success is the fact that it can thrive in an amazing variety of habitats. It is found in deserts, grasslands, coniferous forests, deciduous forests and is found living under tree bark, rocks and any other suitable environment it can find. Unfortunately this is where it often is found among human habitation. Painful yet mostly harmless, this scorpion is not considered dangerous, unless you are a cricket, beetle or some other such small prey. 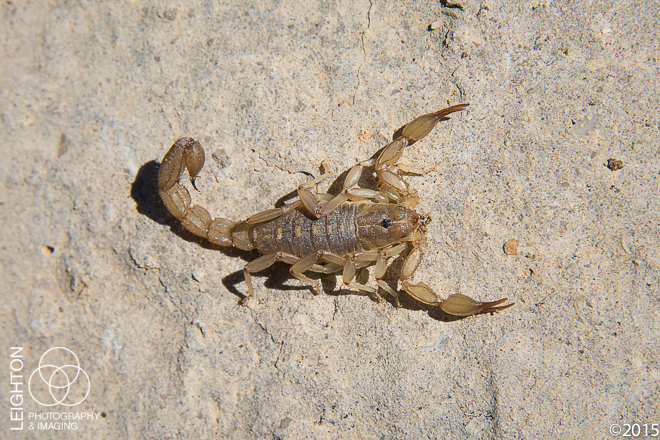 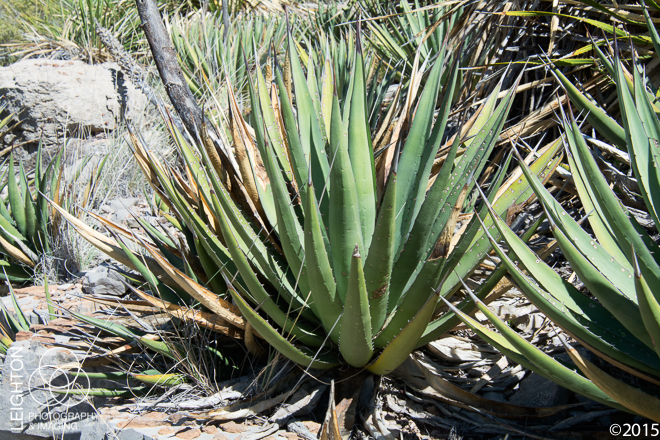 This beautiful medium-sized agave is found in the Chihuahuan desert of New Mexico, Texas and Northern Mexico and has wide green-grey leaves with uneven sharp serrations. Found in variable habitats such as desert scrub to pinyon woodlands, this group was found in the Guadalupe Mountains in NW Texas near the New Mexico border.
_________________________________
That being said, one of the shockingly difficult things for me to this day as a full-time photographer is actually finding some of these arachnid species that are native to my country. I’ve spent years looking for Florida scorpions with practically no luck, only to have a friend with me accidentally squish the only one I’d seen in the wild while trying to get it into a jar. I’ve seen plenty of tarantula burrows around the American Southwest, but never managed to coax one out of its burrow. Admittedly I was in the area every time of year at the wrong time for the wandering mature males to venture out while looking for love. Oddly enough, it wasn’t until I moved to the Seattle area of Washington state that I found my first wild scorpions, just a couple hours east over the Cascade Mountains. Go figure. 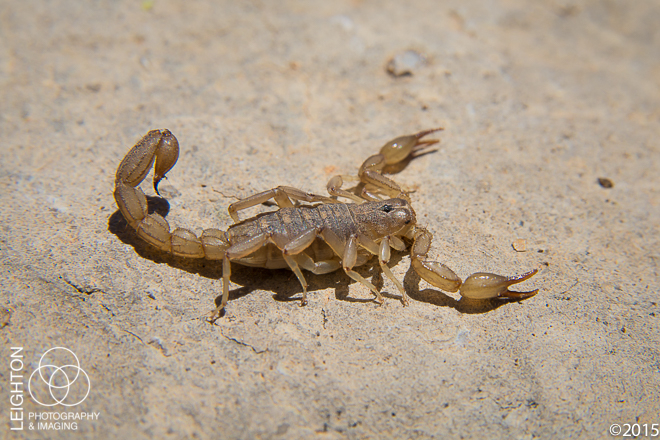 The lesser striped scorpion (Hoffmannius coahuilae) is a small and somewhat high-strung burrowing scorpion found in the American Southwest. Although this one stung the stick I was using to position it for this photo about a dozen times, the venom is temporarily painful but certainly not dangerous. 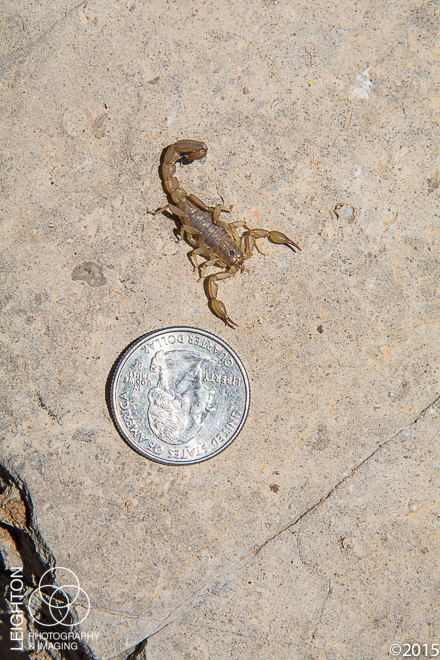 The lesser striptail scorpion is quite small even as an adult, but what it lacks in mass, it definitely makes up for in aggression. This quarter was struck at least five times as I was placing it next to the scorpion. 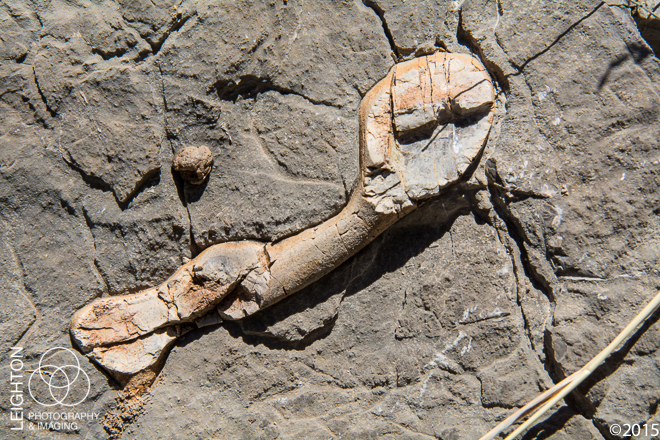 I literally stepped on this interesting exposed fossil bone by accident as I was hiking along the side of an arroyo just outside of McKittrick Canyon in the Guadalupe Mountains National Park. The geology of the area dates back to the Permian Era which lasted from 299 million to 251 million years ago, and these rocks are all part of an ancient reef system near the edge of what we now call the Delaware Sea. This entire region is loaded with fossils, and is the site of much archaeological activity.
_________________________________
On to the scorpions. Last week I was doing one of my usual hardcore nature photography road trips and spent countless hours flipping over rocks and dead wood looking for anything to get on camera and it looked like that aspect of my trip was going to be a dud, until in my second week I was in McKittrick Canyon in the Guadalupe Mountains National Park. In one 20′ stretch I found a biological hotspot loaded with dozens of scorpions, centipedes and small burrowing spiders. Collared lizards were also hunting in the area, and until I found a massive desert termite colony right in the center of this spot – I knew why. These termites could feed a lot of invertebrate wildlife! As a bonus, I found a natural spring several hundred yards above this location. There is your perfect natural ecosystem. 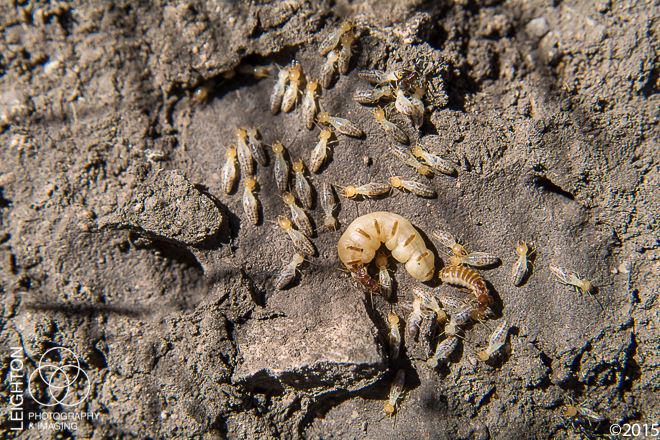 Quite a lucky find! While flipping over rocks searching for scorpions I chanced upon a (possibly brand new) desert subterranean termite colony. Normally found deep underground, under the rock I found the big queen termite, the king termite similar-looking but much smaller, and a number of worker termites. Hazarding a somewhat educated guess I’m going to say that these belong to the native Reticulitermes genus – a beneficial species that takes the role of fungus and algae in breaking down plant and wood material in the most arid of deserts where fungi and algae can’t survive. 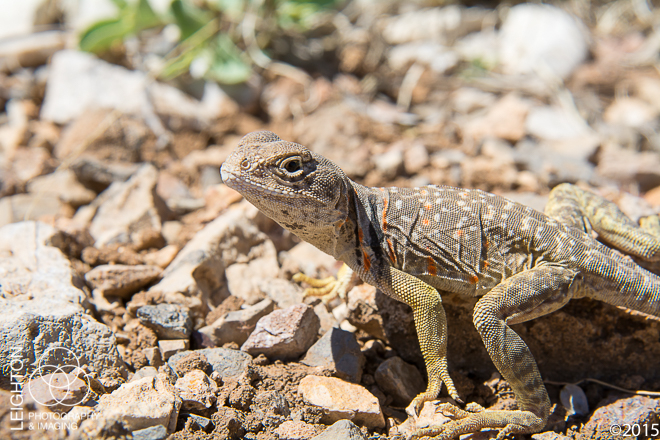 Close-up of a beautiful curious eastern collared lizard in Northwestern Texas as she scrambles across the Guadalupe Mountains in search insects, spiders and scorpions in the Chihuahuan Desert. 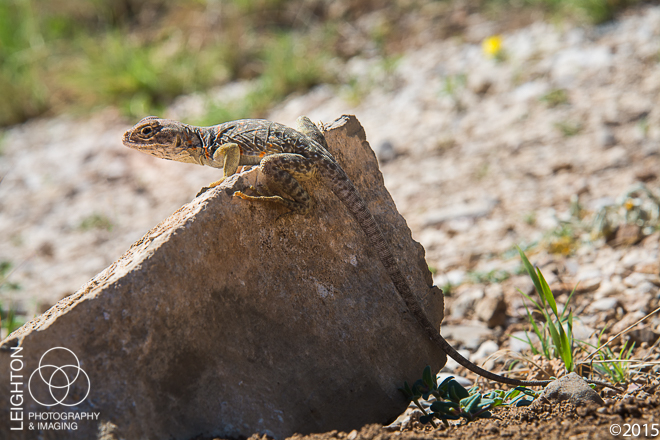 A female eastern collared lizard hunts in the middle of a Texas springtime day in the Guadalupe Mountains for insects, spiders and scorpions on the side of an arroyo.
Special thanks goes to Rich Ayrey from Arizona Scorpion World for his help and generously taking the time in correctly identifying the two scorpion species in this post. Specialists like him are extremely important for all of us!