I find that the more I travel around the Western United States in search of rare native wildflowers and orchids, the more my curiosity and fondness grows for members of the genus Castilleja. Commonly known as Indian paintbrushes, these beautiful and variable semi-parasitic plants belong to the broomrape family and were named by Spanish botanist Jose Celestino Mutis to honor his fellow countryman and botanist, Domingo Castilleja.

click on images to enlarge or find out more information 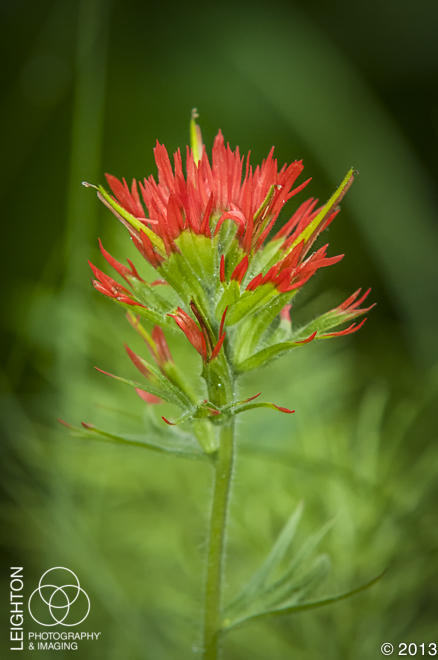 There are roughly 107 species of Indian paintbrushes growing in a variety of environments found from Alaska and the western provinces of Canada to south into Mexico. Worldwide, there are about 200 known species. In 2001 they were reclassified as members of the broomrape family (Orobanchaceae) after being removed from the figwort family (Scrophulariaceae) which makes more sense taxonomically as both broomrapes and Indian paintbrushes are at least semi-parasitic, feeding through the roots on neighboring wildflowers and grasses, specific to their habitat. This allows the to grow in less than ideal locations specific to their species. Time will tell if they again move into their own family, as true broomrapes lack chlorophyll and are entirely dependent on their hosts for nutritional needs, as opposed to Indian paintbrushes which do have chlorophyll and are capable of photosynthesis. 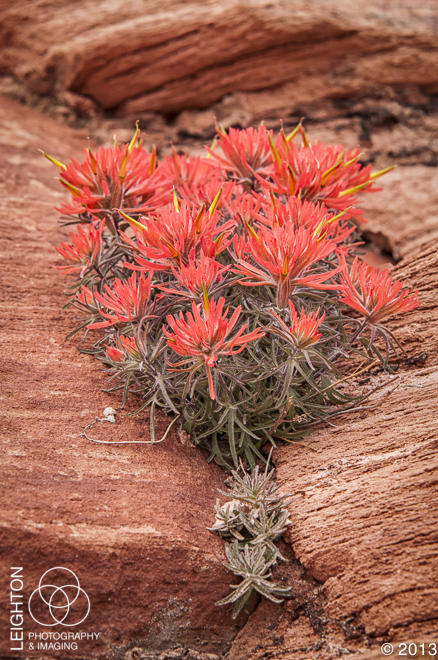 I have found Indian paintbrushes in a number of vastly different environments, and one thing they share is their ability to thrive in very unforgiving habitats. I’ve found them in the chilly, windswept barren prairies of Central Wyoming and at the edge of the snow-line in the Cascade and Olympic Mountain ranges of Washington in the middle of summer. I’ve seen them growing from cracks in the sandstone rocks of the ancient canyons of Utah and somehow toughing it out in the desert around the Chiricahua Mountains on the Arizona-Mexico border. I’ve even found and photographed them growing in standing water at the edge of a subalpine lake in Oregon! 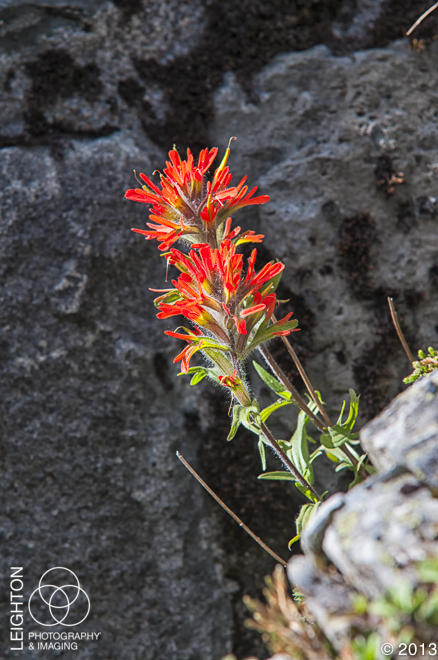 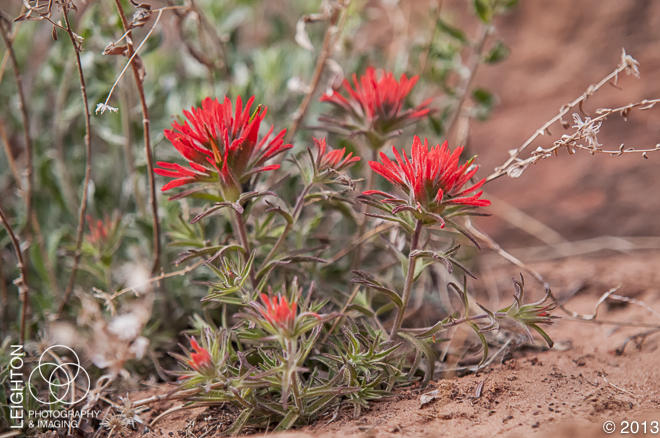 One thing these plants do have in common is their general appearance. While being often variable in color from other species and sometimes its own species, they are not easily confused with other wildflowers, and are not easily forgotten. While what most of us consider to be the flower part of the Indian paintbrush plant, we are actually looking are the bracts which are nothing more than colored leaves near where the flowers are located. A closer look will show tiny bright yellowish-green tubes – often with the stamen sticking out from the end of these floral tubes. This can also be found in poinsettias (think Christmas!) and bougainvilleas where the bracts are the bright flowery parts while the actual flowers are tiny and nondescript. For the field botanist, identification can be tricky as those species with overlapping geographical ranges easily hybridize, making it a mess for those figuring out the official distinct individual species. Some of the identification markers to look for are “hairs” on the leaves and/or stem, a woody or soft stem, a green or brown stem, if they grow singly, in groups, or in huge masses, or leaf shape and the location or time of year it flowers. While bract color can be helpful, some members of the same species can have different colors, and the addition of hybridization and it can make it even more difficult. 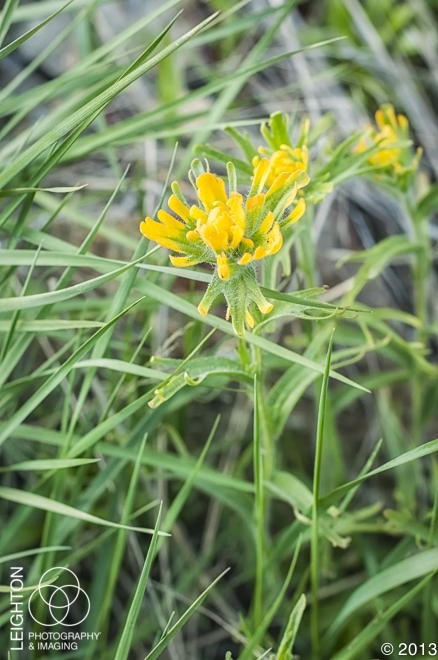 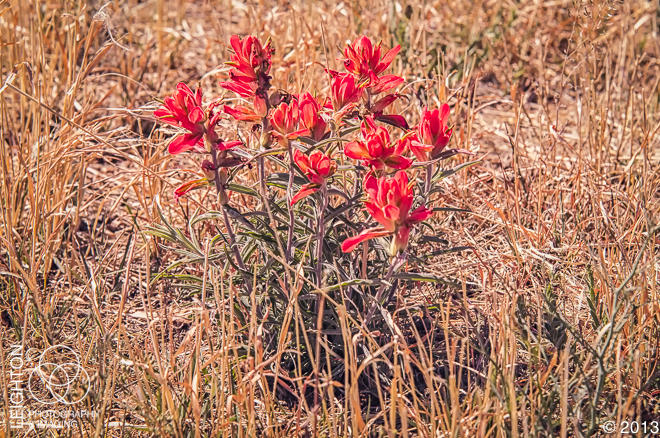 Base of the Chiricahua Mountains on the Arizona/Mexico border

Rated lowest on the forge scale in terms of uses by wildlife, plants in the genus rank near if not at the bottom. In places where food is scarce, particularly in Idaho and the Dakotas, Indian paintbrushes are eaten by elk, mountain goats, sheep, deer and even grizzly bears. Some flower moths and checkerspot butterflies will lay their eggs on Castilleja spp. for food for the emerging caterpillars. Native peoples around the continent have historically used the flowers as a condiment for greens, a hair tonic, and for various medicinal uses. Because these plants are often found where soils are highly alkaline and have a natural tendency to absorb selenium, ingestion of this plant by humans is generally not considered to be a good idea and can be toxic in even low doses. 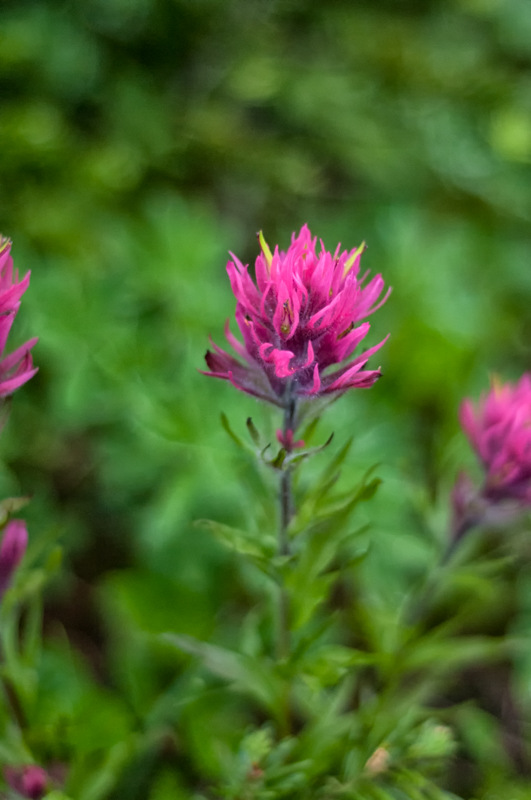 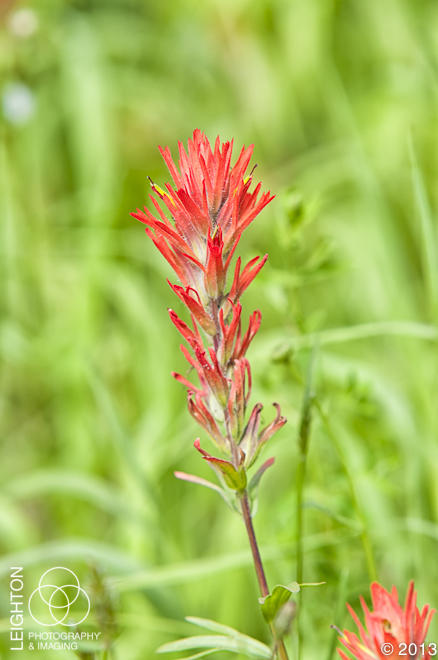 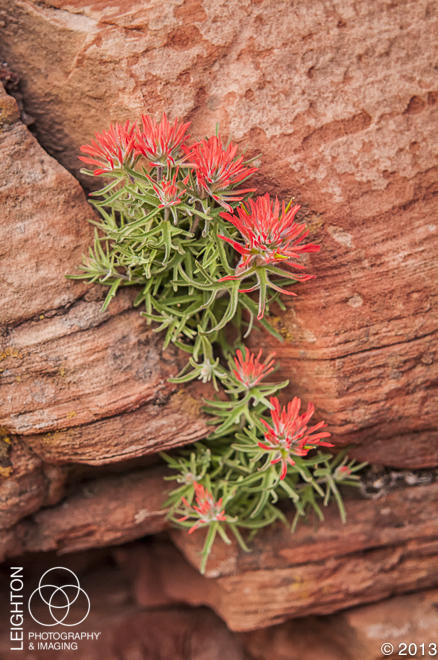 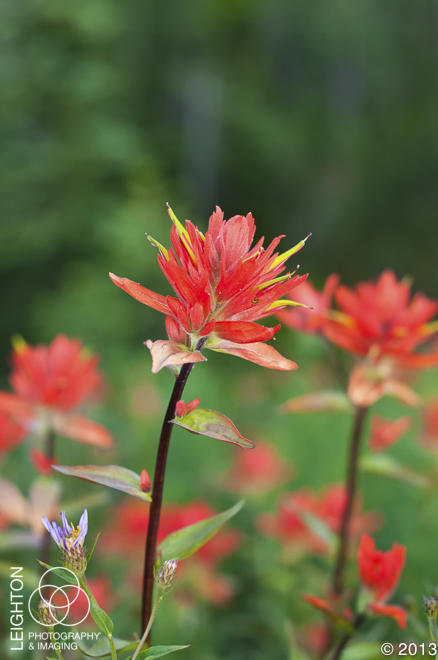 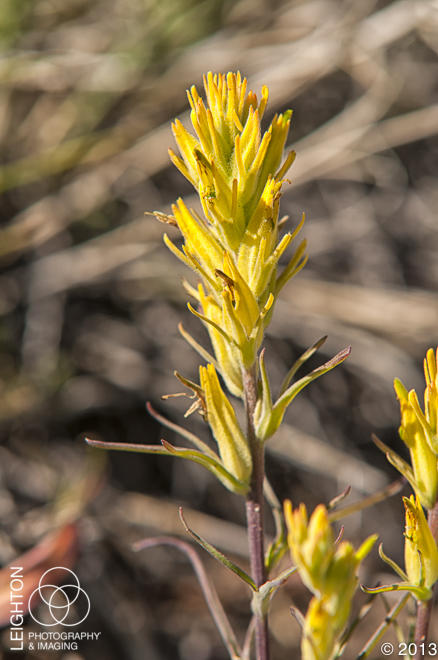 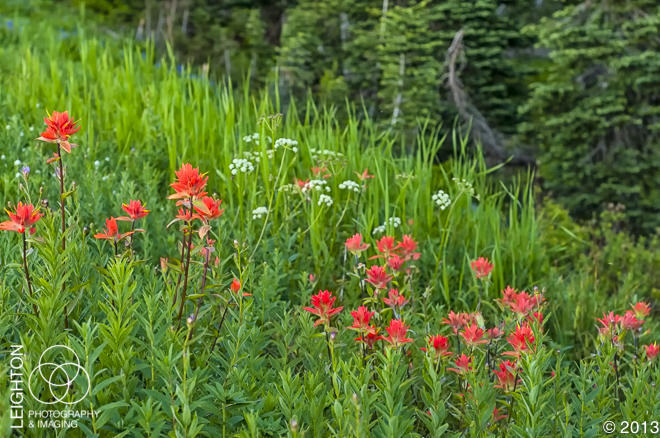 I hope you enjoyed this little vignette into the botanical world of one of my favorite wildflowers found throughout much of America, and as later this week I am starting my training with the State of Washington in the Master Naturalist Program I hope to pass on what I learn combined with my photographs from across the country to share here with you.
•••••