As is often the case in wildflowers, telling one species from another can be exceedingly difficult. Especially when there are naturally occurring hybrids, same species with wildly variable physical attributes and just geographically separated populations of the same species looking very different in different parts of the country, world, etc. (think of how different our own species, Homo sapiens looks around the world.) Such was the case with these Wyoming Indian paintbrushes (Castilleja linariifolia) that I found and photographed during a side trip to Utah’s Arches National Park as I was traveling from Salt Lake City to Aspen to shoot a wedding. Indian paintbrushes are among my very favorite wildflowers in the world, but correctly identifying these semi-parasitic plants can be an absolute nightmare. Tonight I finally nailed down the correct ID, even though they have a very unusual orange bract coloration instead of the typical bright red. 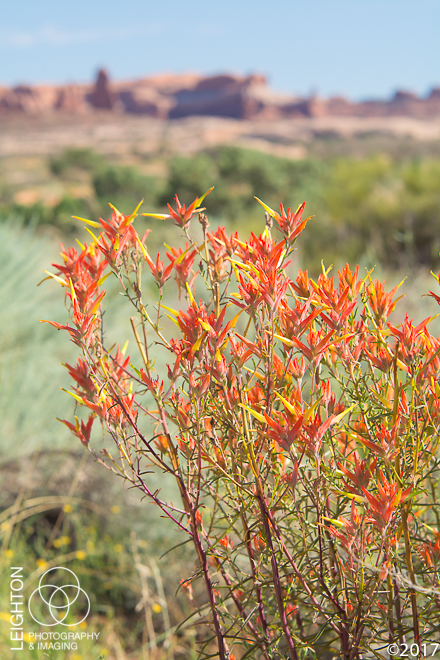 Also known as the desert Indian paintbrush, linearleaf Indian paintbrush, narrow-leaved Indian paintbrush, and Wyoming desert paintbrush, this is one of the tallest of North America’s Castilleja species, reaching upward to four feet and sometimes growing in such density that they can appear more like a shrub than the typical, low-growing singular forb wildflower one would expect to see among Indian paintbrushes. These unusually orange (they are usually red) beauties were found blooming in profusion in Utah’s Arches National Park. 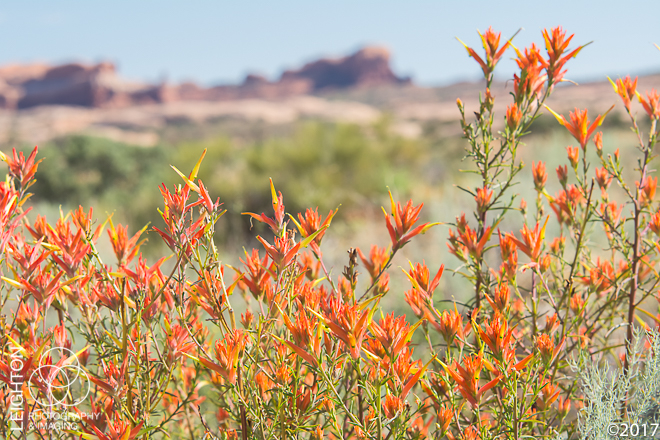 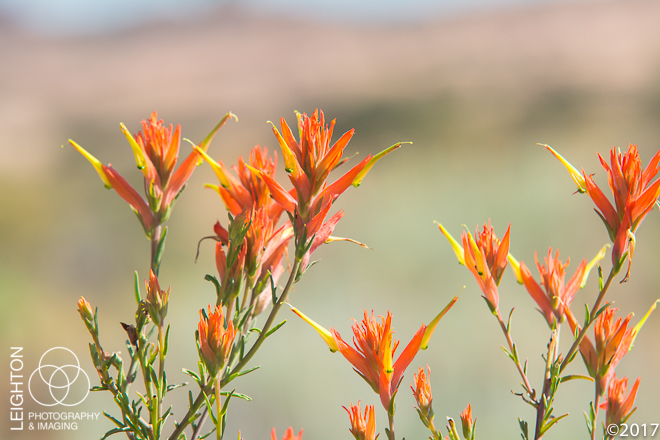 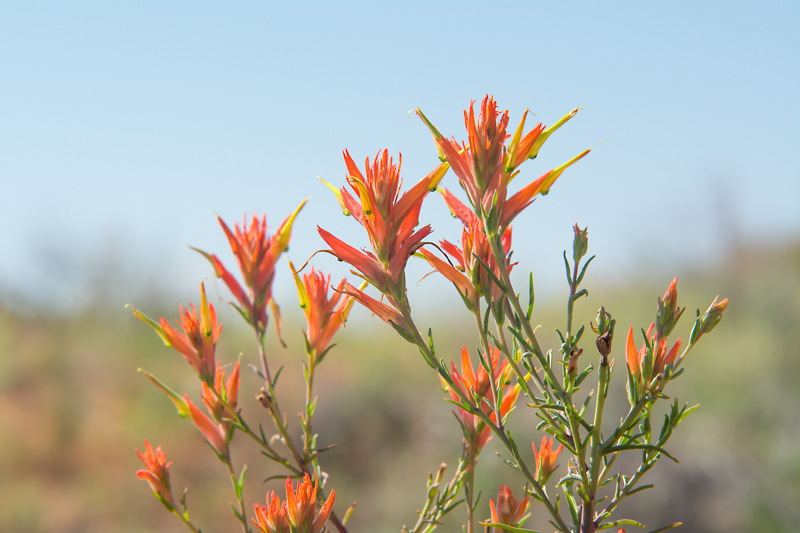 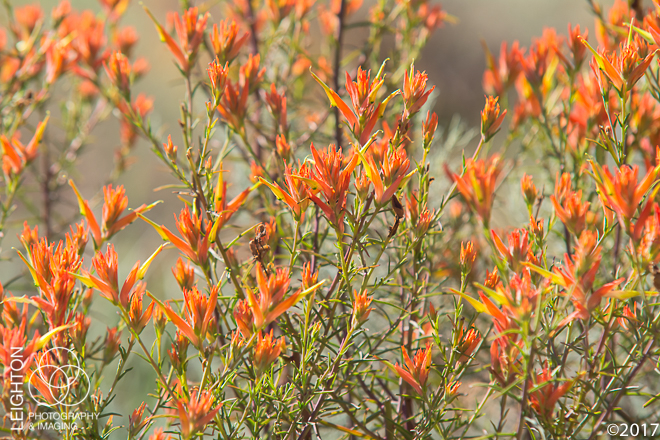 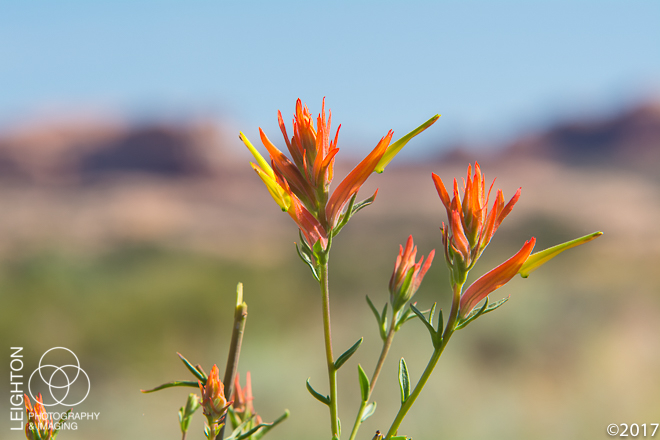 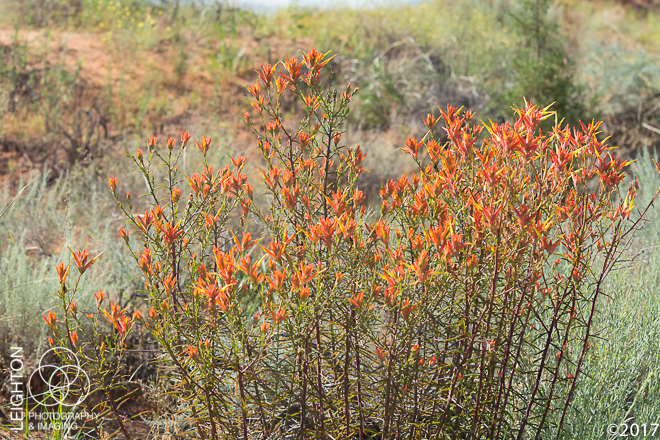 Sharing and commenting via the social media links below will help me greatly, and is much appreciated. Thank you in advance!

ALL IMAGES ARE AVAILABLE FOR PRINT OR DIGITAL DOWNLOAD. JUST CLICK ON THE IMAGE AND ADD TO CART.
©2017 Leighton Photography & Imaging