As summer begins to slip into fall, and the days of sunshine in the Pacific Northwest will soon turn into weeks and weeks of rain, this year I am positive that I will have more than enough material to keep me working through all the upcoming rainy days. At the risk of putting my writing, editing and posting on standby, I’ve dedicated much of my out-of-office time to shooting in the outdoors to take advantage of the great weather and ease of wilderness travel.

To keep this post short and sweet, I’m going to leave you with a sample of some of this summer’s photography.

~ click any image to enlarge or get more detailed information ~ 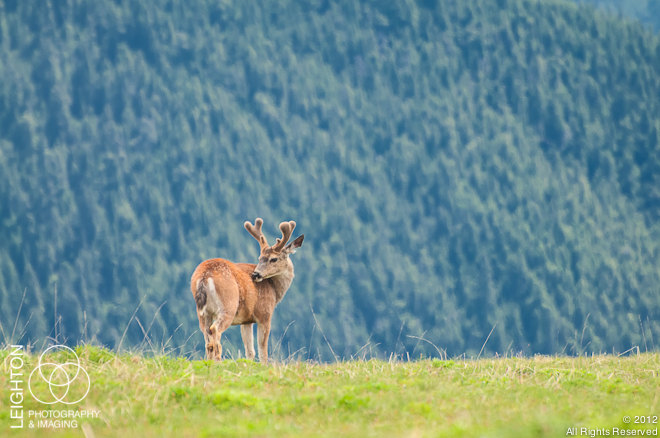 This buck clearly saw me on one of the meadows of Hurricane Ridge on Washington’s Olympic Peninsula, yet from a distance behaved quite calmly and after some time I was able to get this beautifully serene shot. 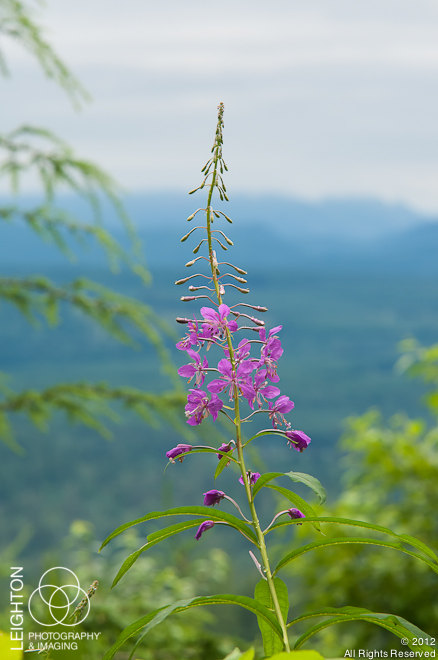 This spectacular and vibrant wildflower is found across most of the northern United States and much of Canada. This one was photographed just east of Seattle about half way up Rattlesnake Mountian. 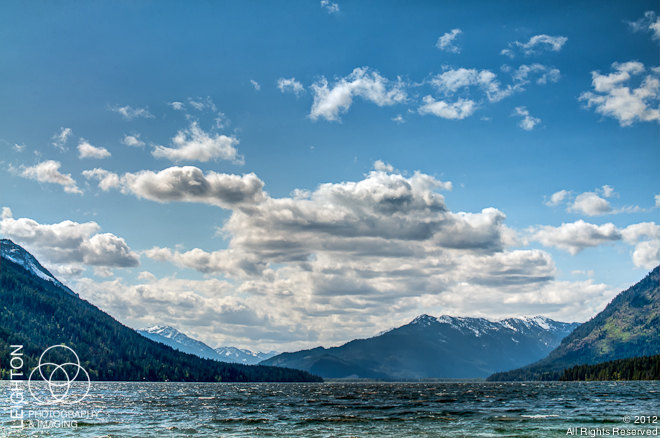 Lake Wenatchee is a beautiful mountain lake within the Cascade Mountains which sits at an altitude of about 2000 feet above sea level. The lake is often full of salmon, and the forest surrounding the lake teams with wildlife. 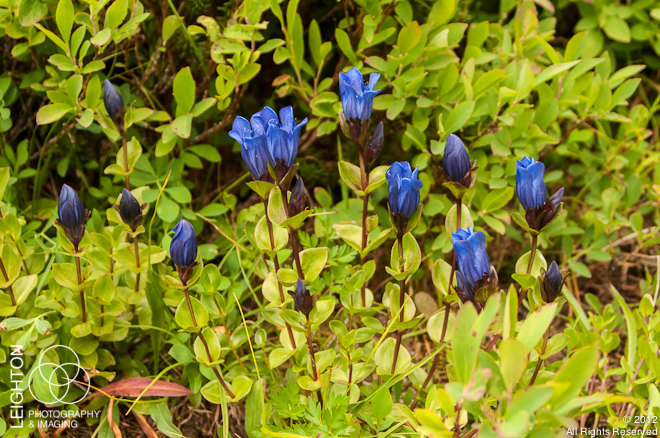 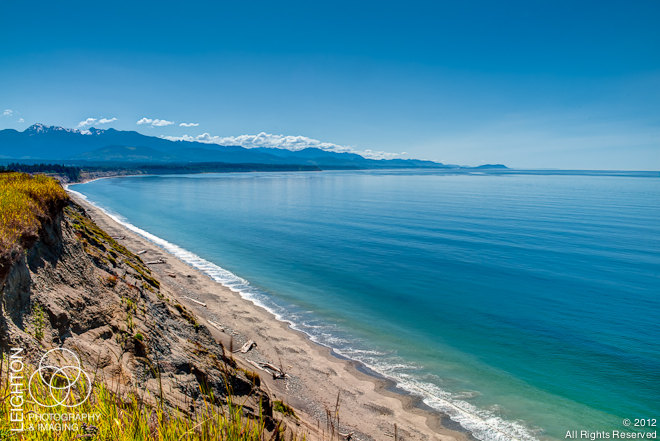 A look at the Strait of Juan de Fuca and the northern coast of Washington along the Salish Sea, less than a mile from the Canadian border. The cold waters here are known for orcas (killer whales), several species of other whales, salmon, sea lions, seals, dungeness crabs and many more wonderful things that embody the Pacific Northwest’s sealife. 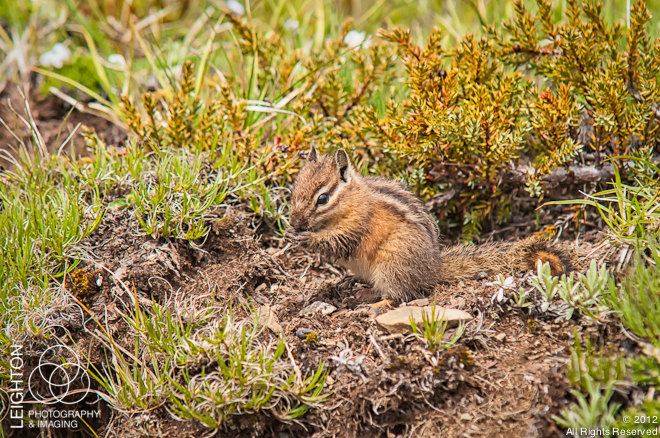 One of the most commonly encountered critters I see in the mountains, this Townsend’s chipmunk was busy foraging in the meadows of Hurricane Ridge just south of Port Angeles, Washington. 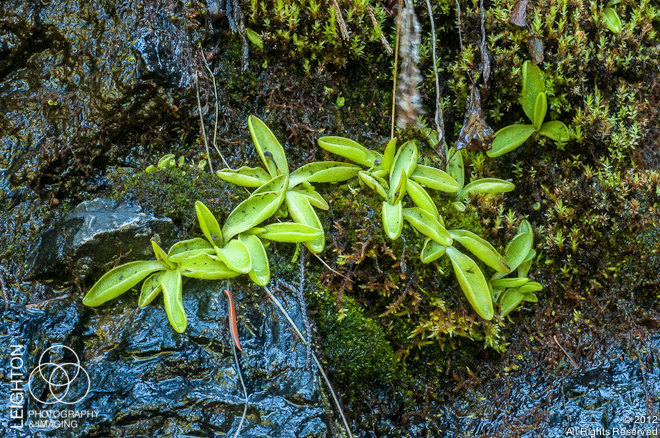 The common buttwort found growing on some wet rocks on the edge of a mountain stream high up in the Olympic Mountains below Hurricane Ridge in NW Washington. Look closely and you can just see the buds which in about a few weeks will extend out above the sticky leaves and produce a beautiful purple flower. These sticky leaves trap insects which the plant will dissolve and ingest as food. Look closer and you will see one mosquito already caught! 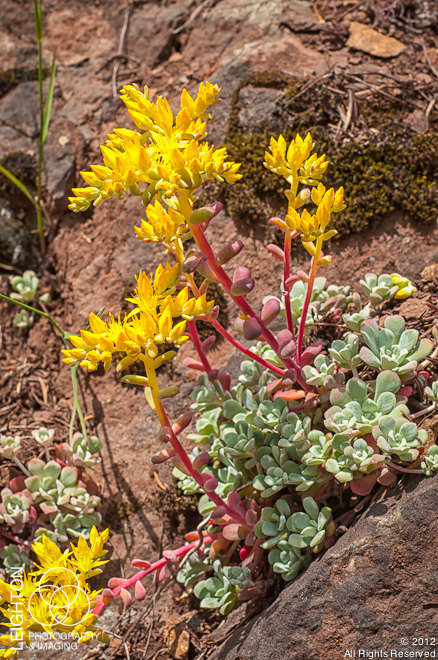 This beautifully-colored flowering succulent was photographed on the dry eastern side of one of the mountains that make up what eventually becomes Hurricane Ridge. Nearly desert-like in terrain, most of the sunny rock faces I found were beautifully highlighted with patches of the brightest yellows and reds. 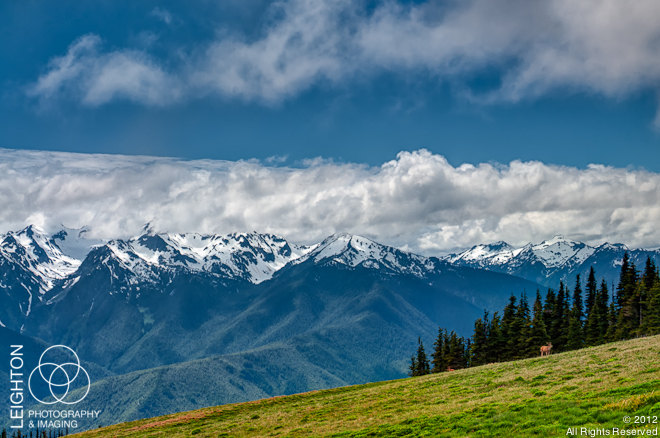 A view of the Olympic Mountains as seen from atop Hurricane Ridge. Not only are the peaks white and snow-capped all year long, there is a surprising amount of wildlife – particularly in the early morning hours. 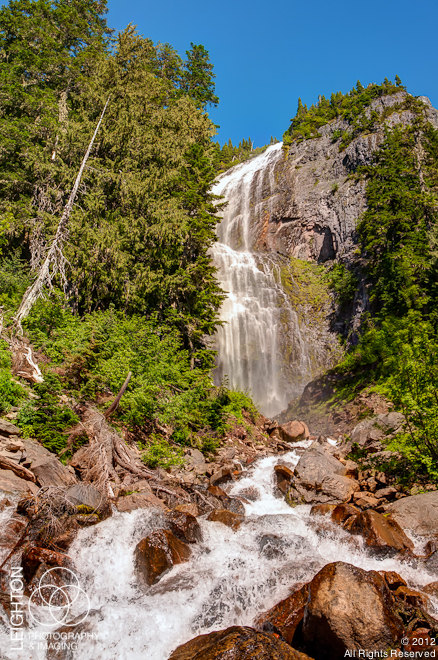 Spray Falls is a 300′ cascading waterfall located near the north face of Mount Rainier at 5000′ in elevation. 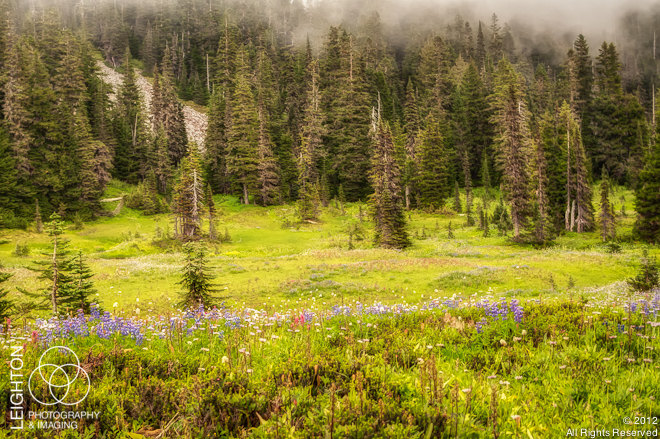 One of the most beautiful places I’ve been to in the State of Washington, and well worth the long climb and hike on the northern side of Mount Rainier National Park – this subalpine meadow opens up as one just reaches the highest point where the forest gives way to open meadowlands. 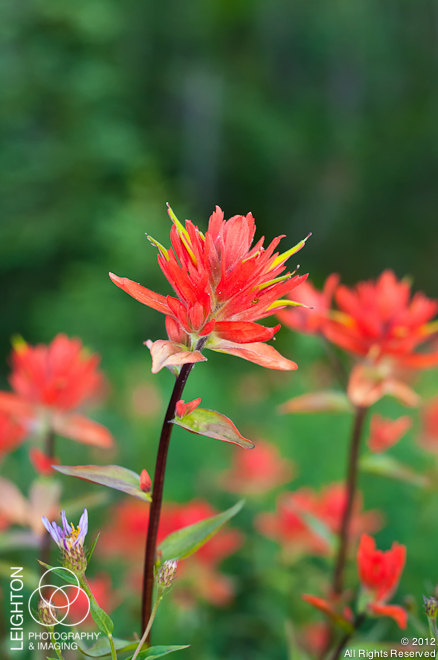 One of my very favorite wildflowers of the subalpine mountain meadows, the great red paintbrush can be found in great profusion with many other spectacular vibrant wildflowers when the snow melts in the summertime. The reason you won’t find this in garden nurseries is that without its fellow wildflowers in their natural environment, it doesn’t have its fellow neighboring plants to feed on. Yes – it’s (at least partially) parasitic!

If you like what you’ve just seen, please help me out and share this link with your family, friends, and anyone else who is interested in photography, nature, and the great outdoors (sharing tools provided below). When you share, it exposes my work to not only new viewers, but ultimately more buyers and publishers that affords me gas and living expenses to keep a roof over my family’s head and keeps me out shooting and bringing images like these to you for free. That said, stay tuned: lots of new stuff happening this week, including a new series – tentatively titled “Species Profiles” starting next week!