Most often, the most beautiful parts in nature are around us every day – except, nearly all of us aren’t paying attention. Today’s post is about 14 botanical species – wildflowers, mushrooms, ferns and mosses that are regularly seen (depending where you live), but seldom noticed in detail.

Click on any image to enlarge or learn more 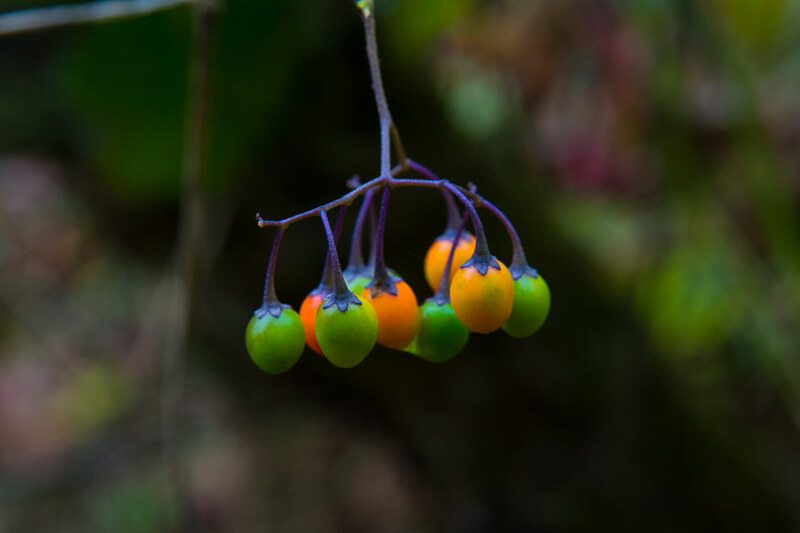 These very beautiful bittersweet nightshade berries found ripening on the vine are native to Europe and Asia, and arrived roughly in the 1860’s and were used by the Makah Indians as a medicine for stomach issues. Now naturalized throughout most of North America, this relative to the potato is an invasive weed that can grow in huge thickets and can compete with native plants. This plant is known to be VERY DANGEROUS to both humans and other animals and has caused people to die. It is said that once the berries are fully ripe (when they are bright red) that the amount of solanine – the toxic alkaloid, is greatly reduced. Seeds are spread by the common song sparrow and a few other birds that eat them, who are unaffected by the poisons the berries carry. 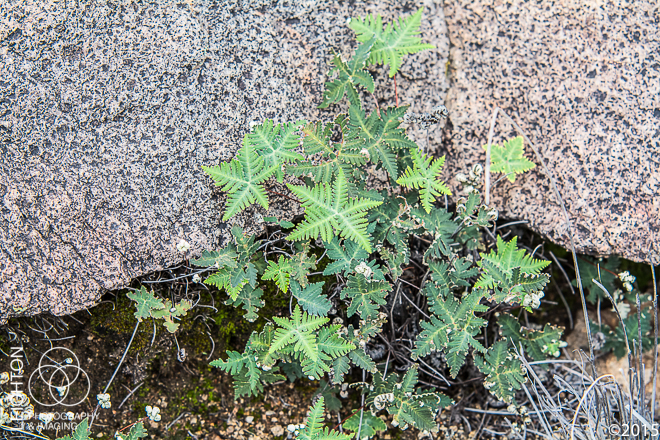 It might be strange to think that you can find wild ferns growing out in the desert, but there are in fact many types of ferns found out in the driest of habitats. This beautiful star cloak fern photographed in the Quitman Mountains of West Texas has recently had access to water (via rain). In times of drought and extreme heat, these leaves will curl up and the plant will become dormant until it rains again. Somewhat common throughout the Chihuahuan Desert of the American Southwest and Northern Mexico, they are most often found under the north side of rocks and boulders where they can get the most shade and moisture. 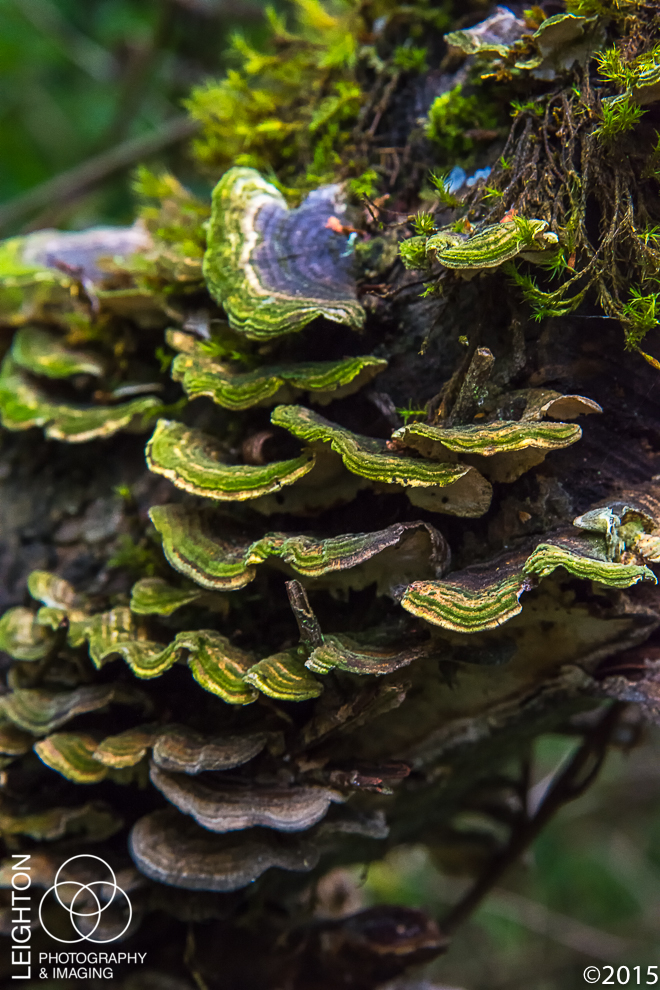 One of the world’s most common mushrooms, the turkey tail mushroom is also one of the most beautiful. Typically found on rotting stumps, branches and decaying wood, these polypore mushrooms can be found in quite an amazing array of colors and hues. It has a long history of use by people, such as making blue and green dyes for clothing, being used to make a tasty tea and for a variety of medicinal uses. Recent clinical research shows that it may be useful for a variety of cancer treatments. This vibrant green colony was found growing alongside Mercer Slough in Bellevue, Washington. 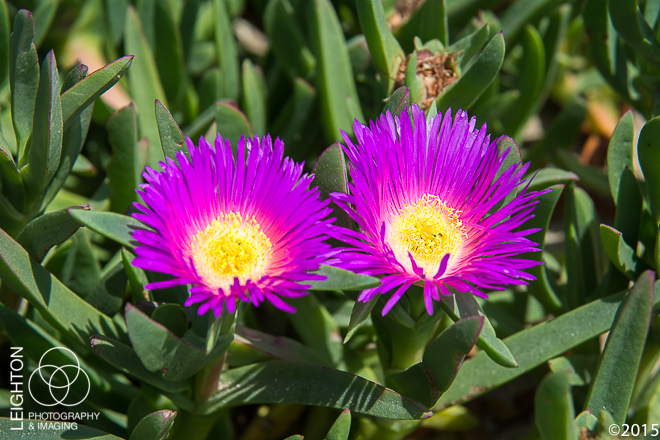 This South African native succulent perennial with its very attractive bright pink and/or yellow flowers has found its way to both California and Florida thanks to the ornamental plant industry and has particularly found a foothold along Southern California highways, earning it the nickname “highway ice plant.” Originally used as a soil stabilizer due to its matting, ground-cover nature it has unexpectedly spread into several sensitive ecological habitats such as coastal communities and desert dune habitats where it quickly outgrows and outcompetes threatened and endangered plants. This one was found growing in a sprawling matt across the sandy beach in Los Angeles, California next to the Del Rey Lagoon. 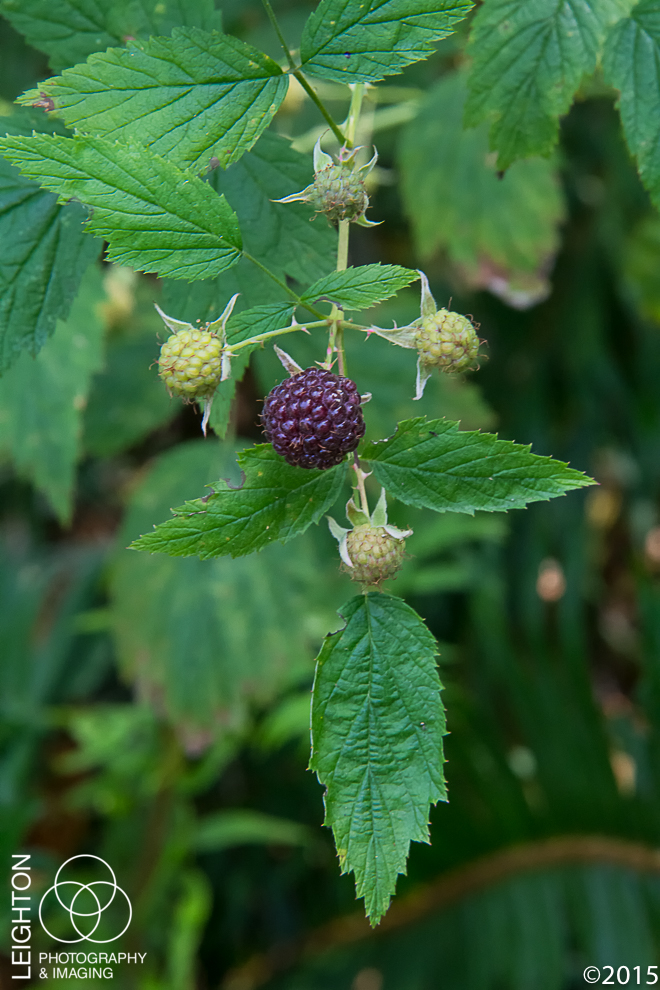 This delicious little wild raspberry is found in most of the western states and in Canada’s British Columbia, and if anyone has ever had candy, sno-cones, syrup or any other flavor called “blue raspberry” – this is the berry where that taste was modeled from. Any easy identification tool for this wonderful little fruit is the underside of the leaves, which are white. These were found growing in the Hoh Rainforest on Washington’s Olympic Peninsula within sight of the Hoh River. I’ve personally found both the red and fully ripe black raspberries to be absolutely delicious! 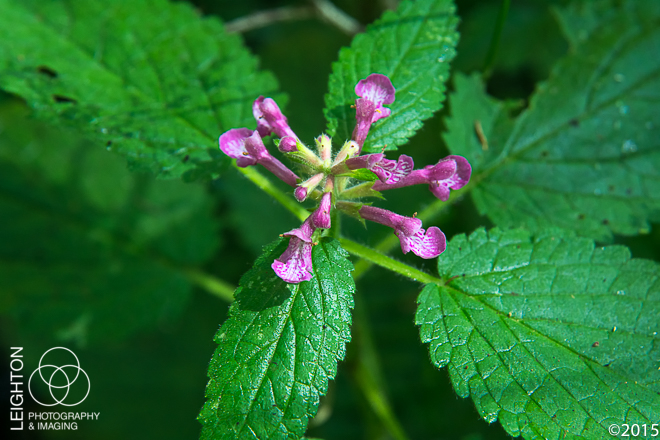 This tall, beautiful member of the mint family is found up and down the Western coast of North America from Mexico to Alaska, and is most often associated with coastal woodlands that receive a lot of rain. I almost always see them in flower with large numbers of bumblebees every summer. These were found growing alongside a cold mountain stream in the Hoh Rainforest on Washington’s Olympic Peninsula on a hot summer day. 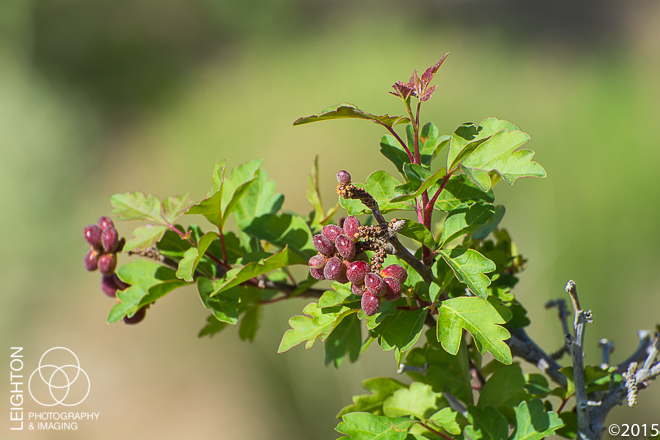 The skunkbush sumac is a very attractive shrub found in all of the states west of the Mississippi River excluding Minnesota, Missouri and Louisiana and can be found in the Canadian provinces of Alberta and Saskatchewan and much of Northern Mexico. When crushed, the leaves emit a strong, unpleasant odor (hence the common name) but the sticky, edible fruit have a sharp, lime-like taste. These berries were found growing in rural Socorro County, about an hour south of Albuquerque, New Mexico on a chilly spring morning. 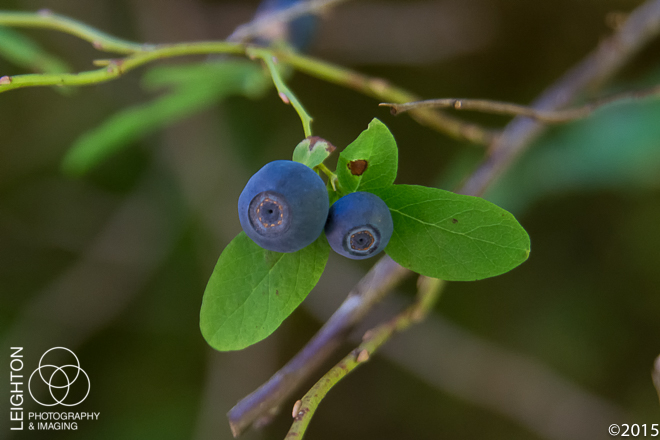 A Pacific Northwest delicacy! The black huckleberry is an important and nutritious food source for black and grizzly bears, which consume not only the berries but also other plant parts, as well as deer, elk, moose, and ruffed grouse. Commonly reaching 6 feet in height, it is common to understory shrub, dry to moist coniferous forests, and open areas. These were found growing in the Northern Olympic Mountains of Washington along the Sol Duc River. 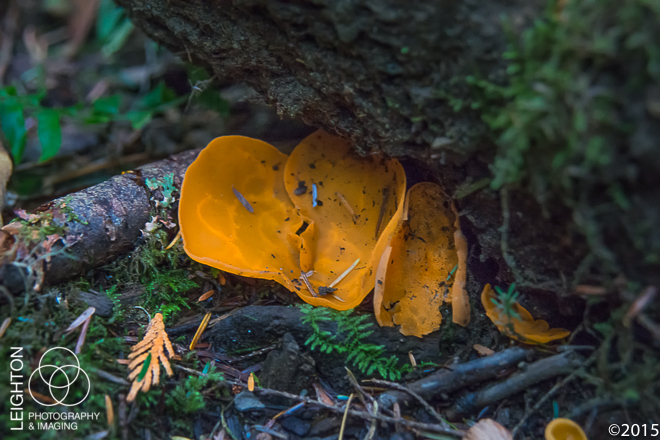 This commonly-encountered, weird cup-shaped mushroom is a type of cup-fungus. Like whenever looking at mushrooms – what you are actually seeing is the above-ground fruiting bodies of the year-round fibrous strands that are actually the real mushroom. These were found growing near the summit of Little Mount Si in North Bend, Washington, and are edible, but may have little to no taste. 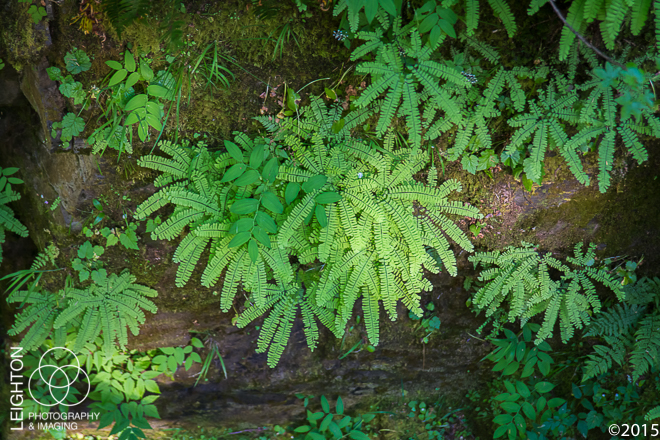 Western maidenhair ferns are one of the most attractive and distinctive-looking ferns found in North America. It grows on moist hillsides and ravines and  is most common near waterfalls, It grows natively in all of the western American states, British Columbia, and scattered locations in the northeast, the Great Lakes and Quebec. These were found next to Sol Duc Falls in the Olympic Mountains of Washington State. 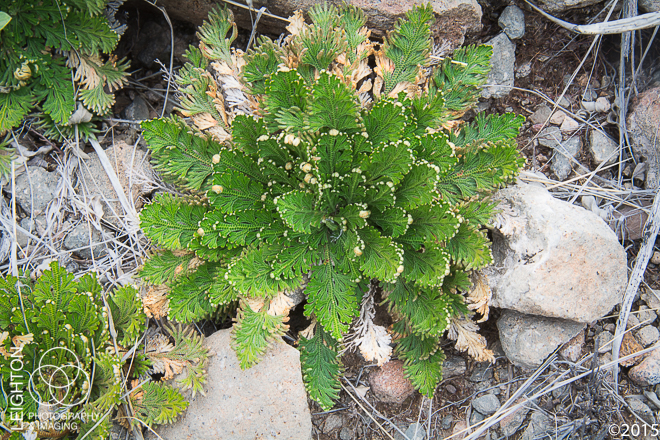 Easily one of the coolest plants to be found in the Chihuahuan desert, and goes by a long list of common names, such as the Rose of Jericho, resurrection plant,  dinosaur plant, siempre viva, stone flower, doradilla, resurrection flower and many more. This attractive member of the spikemoss family looks almost like a lush, green fern during the rainy season in its native habitat of Northern Mexico, Texas and New Mexico, but during dry spells, it desiccates into a brown dormant ball that looks like a tumbleweed, only to rehydrate back to bright, vibrant green after it rains again. These were found in abundance after the springtime rains in West Texas’ Big Bend National Park. 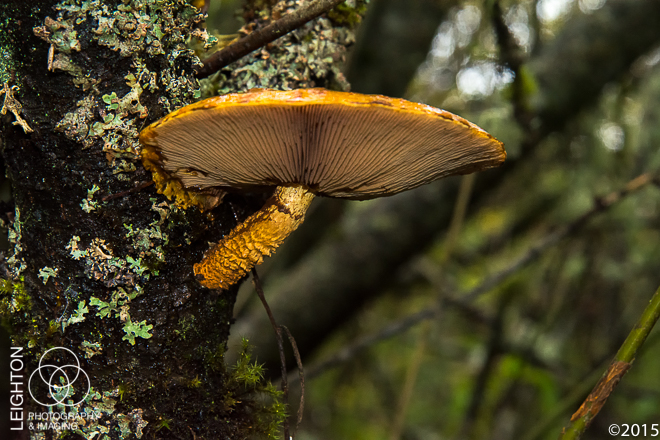 This very attractive, sometimes very orange, other-times very golden, slimy, spiky yet claimed-to-be-edible mushroom starts off as a small “spiky” ball growing on either deciduous or coniferous trees, then quickly matures into this form very common mushroom that is often found Western North America, Northern Europe. Japan and New Zealand. This one was found in great profusion during the October rains growing on the trunks of the hardwoods in Bellevue, Washington’s Mercer Slough. 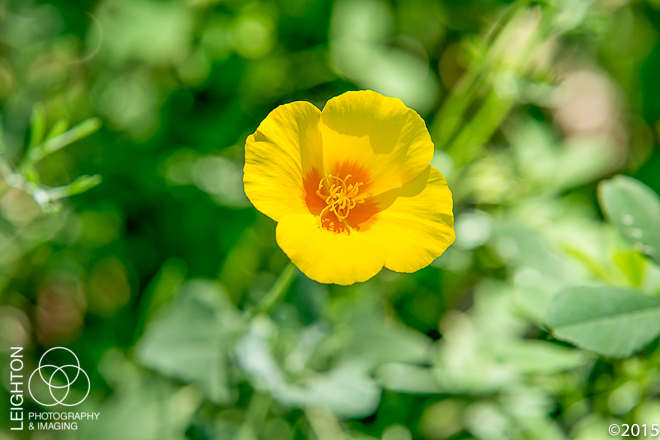 The Mexican gold poppy is a desert-loving subspecies of the California gold poppy that is found across the American Southwest as well as Mexico, which is known for it’s sweeping golden orange carpet of color across the desert after the winter rains. This one was seen near Sonoita Creek in Patagonia, Arizona on a hot spring afternoon. 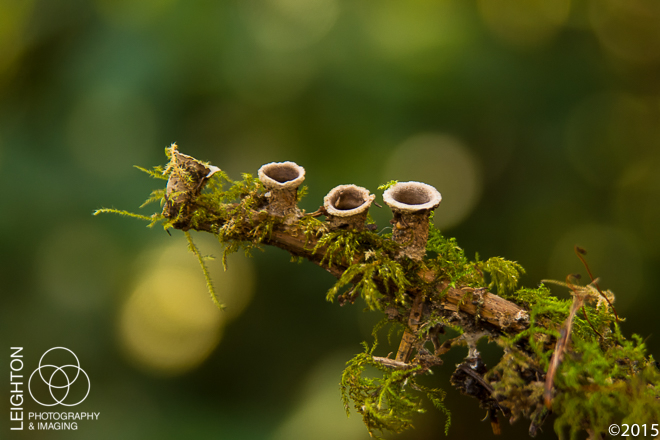 These fascinating bird’s nest fungi found along a coastal trail in Oregon’s Tillamook County on a winter hike are one of the many natural curiosities found in the Pacific Northwest. While it may not look like it, these are actually a mushrooms rather than lichens. These have already fruited and cast off their spores during a rainstorm, dropping their DNA on the forest floor for the next generation to spread and prosper.