Last week I happily knocked off another entry written down in my bucket list. I visited White Sands National Monument in New Mexico and it was so much better than everything I had hoped for! I’d read a lot about the area before I arrived over the years and nothing on this visit failed to amaze me! When I arrived the sky was blinding white – not very good for shooting landscapes, and since I was in a bit of a time crunch, I knew I wouldn’t be around for sunset. Luckily the clouds came in as I was at the furthest point on my five-mile barefoot hike on the Alkali Flat Trail. When the clouds did come in – followed by a sandstorm, it made for some incredible images of the dunes and the vastness of this incredible (and largest!) gypsum sand desert in the world. Best of all – I got one of my dream lizard species – the bleached earless lizard (Holbrookia maculata ruthveni) – on camera! 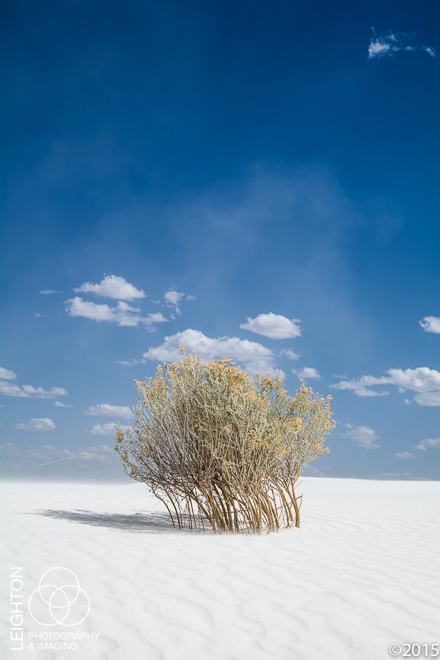 A lone, wind-beaten creosote bush stands solidly at the beginning of a sandstorm. 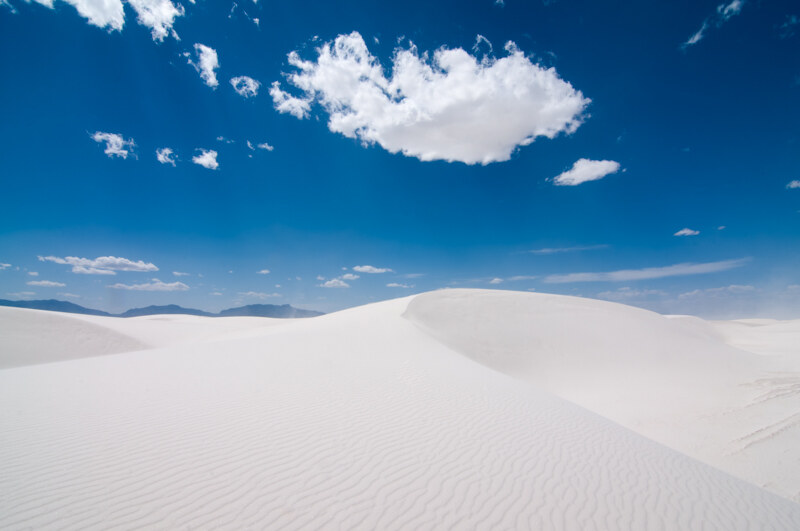 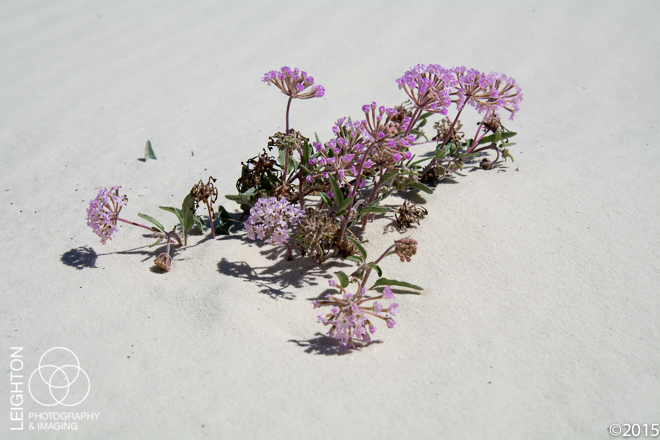 The sand verbena (sometimes also called the purple or pink sand verbena) is a very hardy, heat-resistant desert survivor in the American Southwest. Not many plants survive in the gypsum sands desert of White Sands National Monument in Southern New Mexico with its shifting dunes, but this one does just fine. 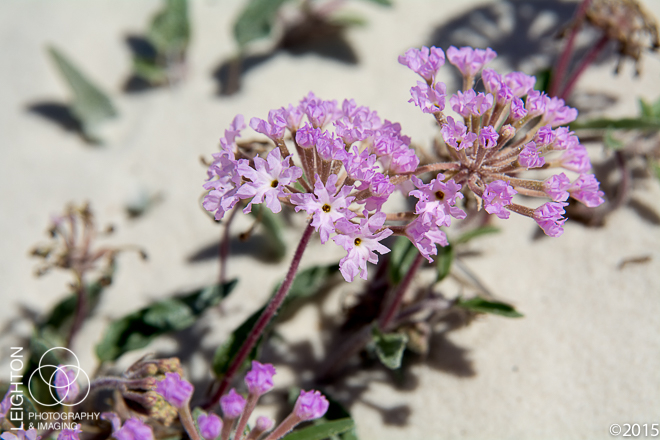 Close-up detail of the sand verbena. This southwestern native wildflower is found in the wild only in Arizona, New Mexico and parts of Texas. 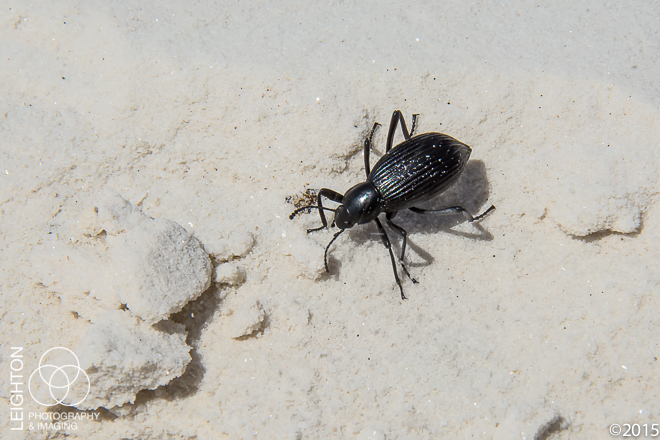 A bombardier beetle (a type of darkling beetle) stands out in extreme contrast against the sand dunes of White Sands National Monument in Southern New Mexico, a wild landscape of gypsum sands piled into massive sand dunes. 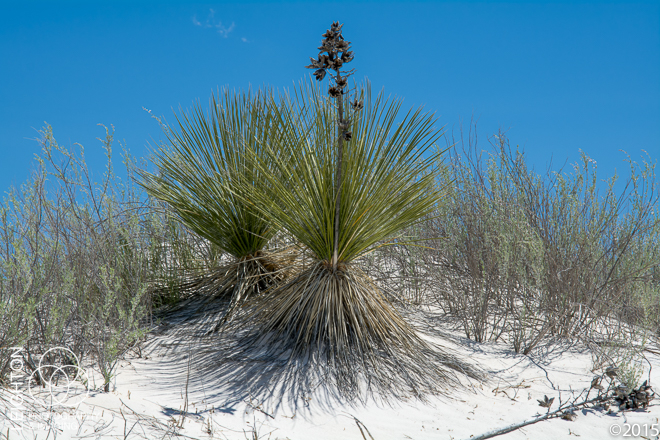 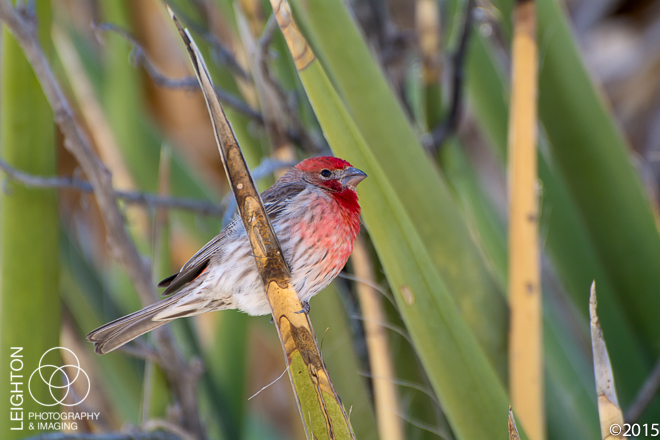 A male house finch rests in the welcome shade of a soaptree yucca in the bright morning sun in Southern New Mexico’s White Sands desert. This native to the American Southwest and Mexico has recently been expanding into the Eastern United States and Hawaii. 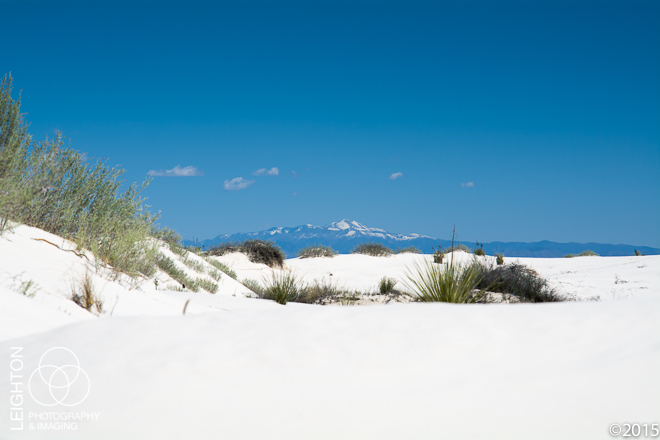 White Sands National Monument and the snowy peak of Sierra Blanca in the distance. 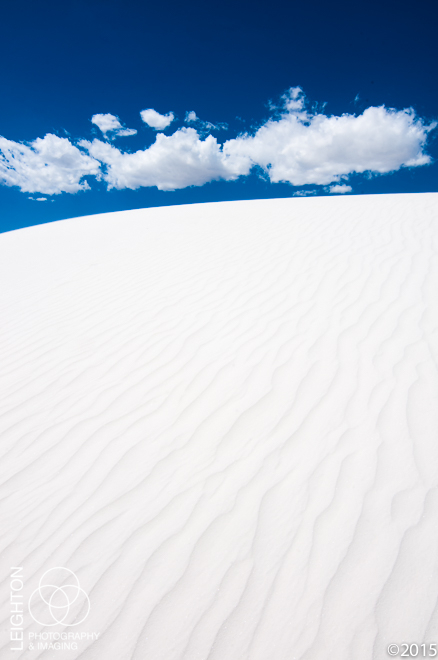 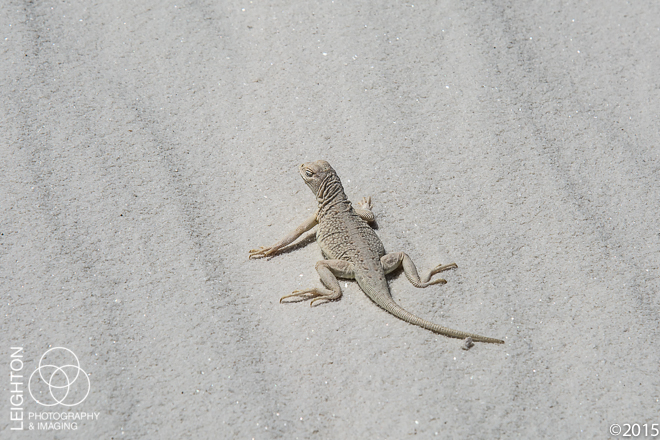 The infamous and rare, bleached earless lizard (Holbrookia maculata ruthveni) – a lizard with an evolutionary adaptation to living on the white gypsum sand dunes on White Sands (the largest gypsum sand dune desert in the world) found resting in the shade of an enormous dune late in the morning of a bright and sunny spring day. 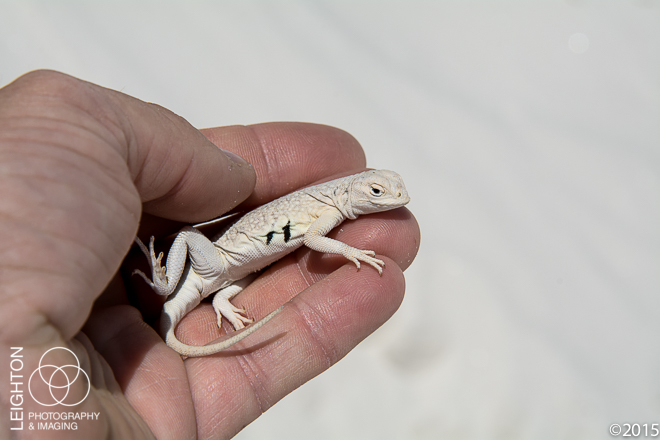 I managed to catch this one after leaving a trail of camera equipment across the dunes, running barefoot in the soft sand so I could take a close look at this beautiful white lizard before letting it go free and unharmed. When comparing it to its close cousins – the lesser earless lizard (Holbrookia maculata), you can see how this amazing adaptation to white scales helps it camouflage itself against predators in the blinding white sands. 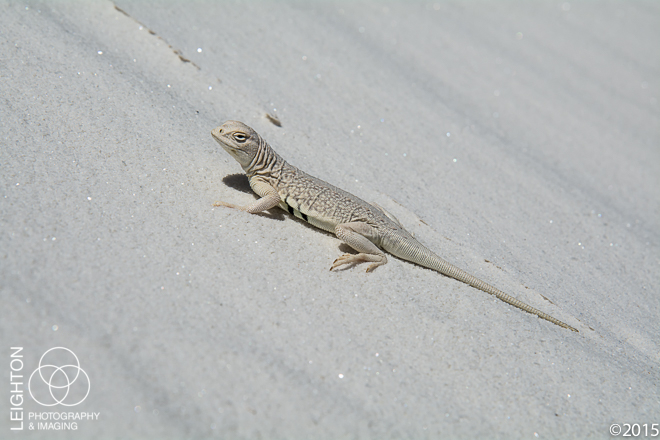 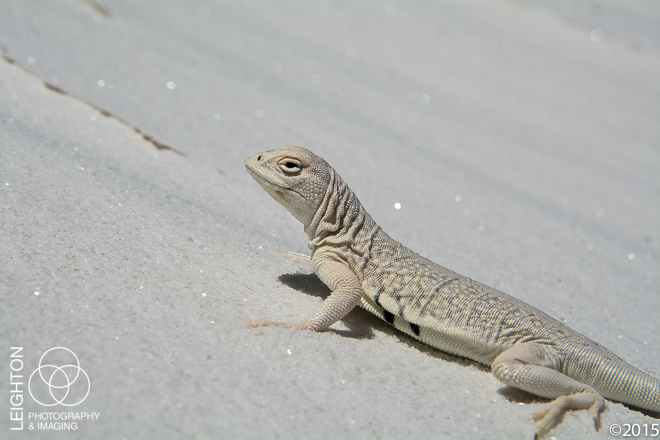 This beautiful member of the Phrynosomatid lizard family has evolved white scales to enable it to blend in with the white gypsum sands. I wouldn’t have seen it if it hadn’t moved. 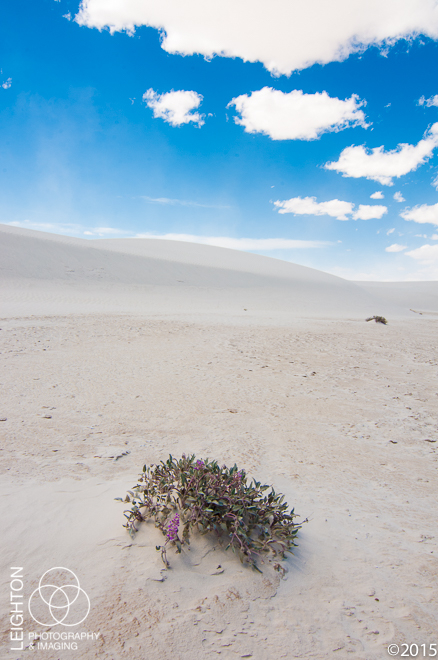 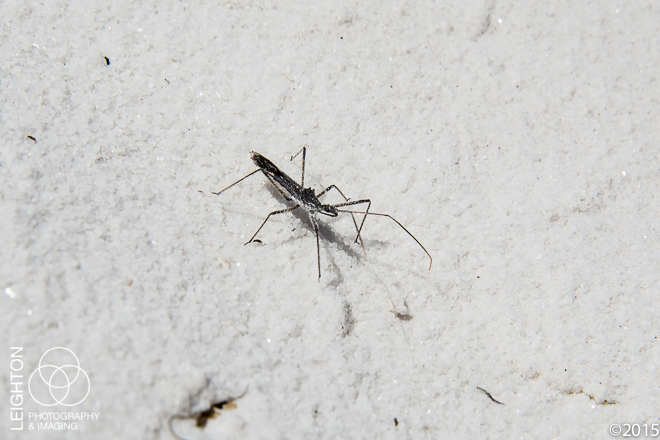 An unidentified member of the assassin bug family (Reduviidae) tumbles and rolls along on a strong wind through the White Sands dunes of Southern New Mexico. 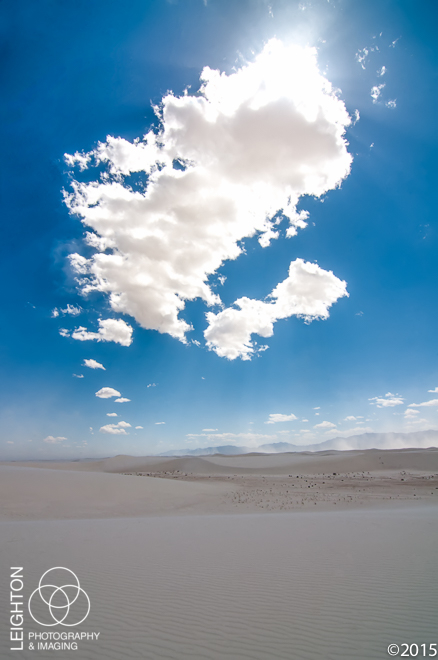 The sun went behind a cloud for a moment… 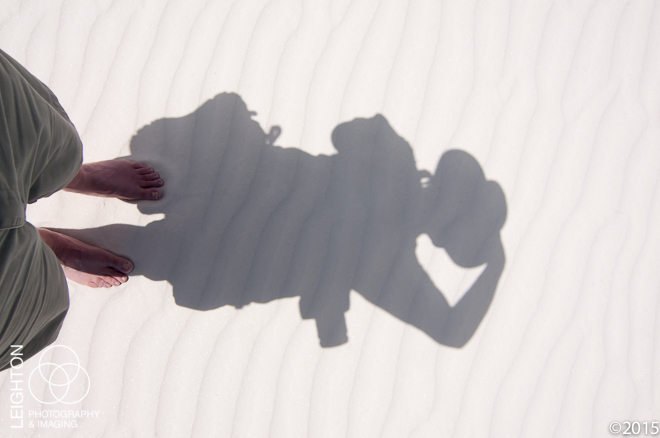 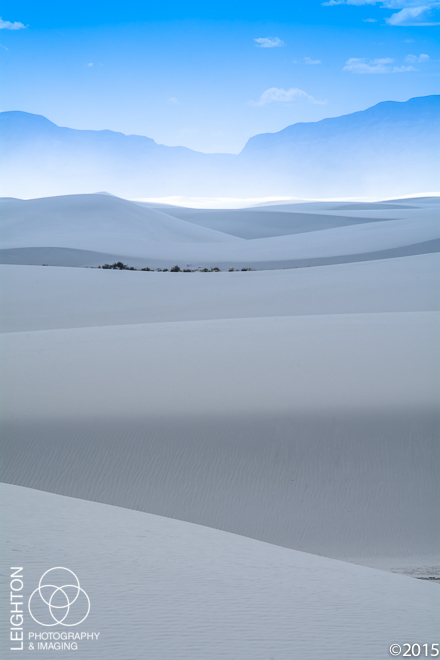 Layers of dunes, a sandstorm, mountains and clouds make for some interesting photography! 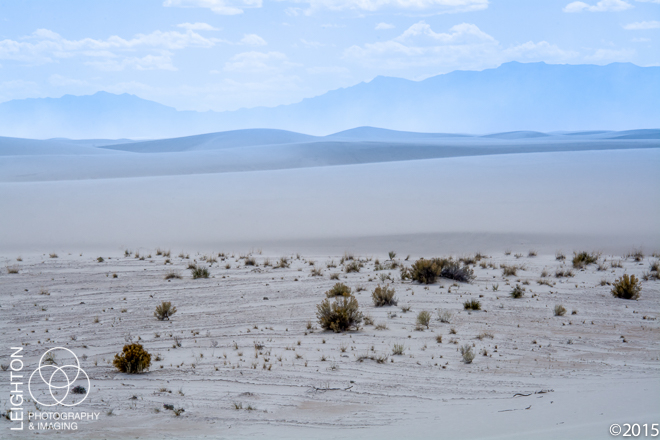 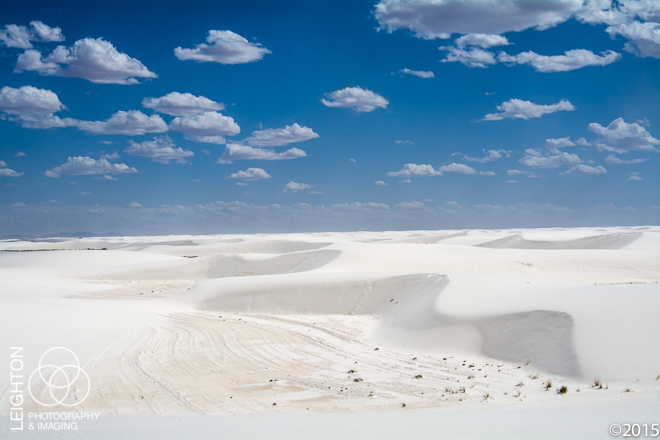