*As I was putting together images for this post, and finishing up editing my images of the California kingsnake, “Like a California King” by Everclear just happened to start playing on iTunes by sheer coincidence, so it became the title of this post. Somehow I had the feeling it would be kind of wrong if I didn’t…

When I’m on the road shooting nature photography, one of the things I try to avoid are the heavily used and visited locations have so many noisy tourists that all the wildlife is either gone or so tamed by free food that they don’t act or look as they should in the wild. Recently while in Riverside County in Southern California I was poking around Twenty-Nine Palms on my way to Joshua Tree National Park when I noticed a potentially good spot to look for wildlife at the Coachella Valley Preserve. The thought of a natural desert oasis complete with mature desert palms in the springtime on a weekday might be a good place to find wildlife normally active at night.

I was right. Even better – I was the only one there, and had the place to myself! 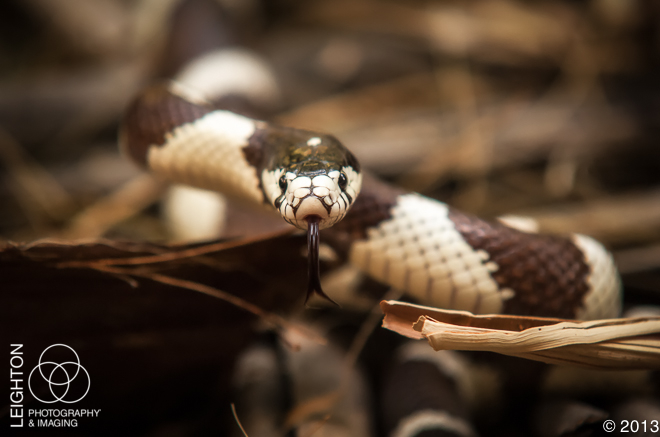 Almost immediately after stepping into the oasis, I happened upon a gorgeous four-foot California kingsnake. I immediately jumped to grab it before it disappeared forever beneath the deep piles of palm fronds, and missed. From my knees I bounded forward to grab it by the tail, expecting a bite but not too worried about it as this native beauty in non-venomous. Missed again, and it almost got away. Third time was a charm, as a full tackle and I pinned it to the ground with my shoulder as I got a solid grip just behind its skull and gently picked it up to examine it. Definitely a well-fed wild snake, not a docile pet released into the wild. This very species is a staple in the pet trade, and are sold all over the world by captive breeders. While I must have looked moronic tackling a snake with two pro-grade cameras around my neck, the kingsnake settled down and got into a defensive posture when I released it. I popped off a couple careful exposures wanting it’s face sharply in focus, as the sharpness faded away further down its neck and body. Then I let it go, unharmed although slightly perturbed. 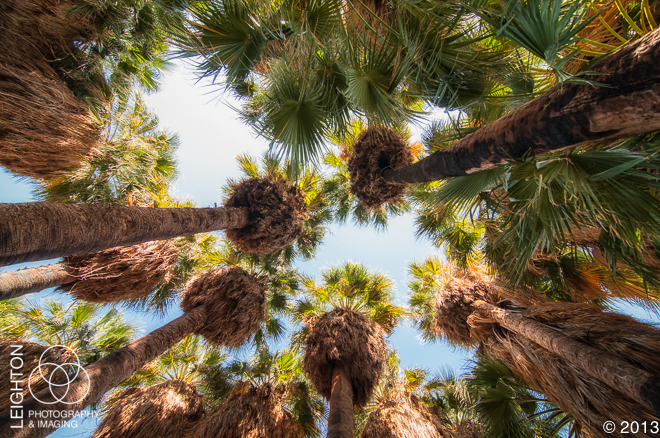 After a productive first five minutes, I started walking around trying to get a feel for the habitat. In my native SW Florida we have a lot of native palms in the undeveloped parts, and I know palm hammocks harbor unique communities of wildlife, and in the desert I knew these must share even closer symbiotic relationships, where many species depend on each other for survival. Especially when in the desert, palms also mean water is regularly present. So what has that kingsnake been eating? I know they eat other snakes regularly, but was there something else on the menu? 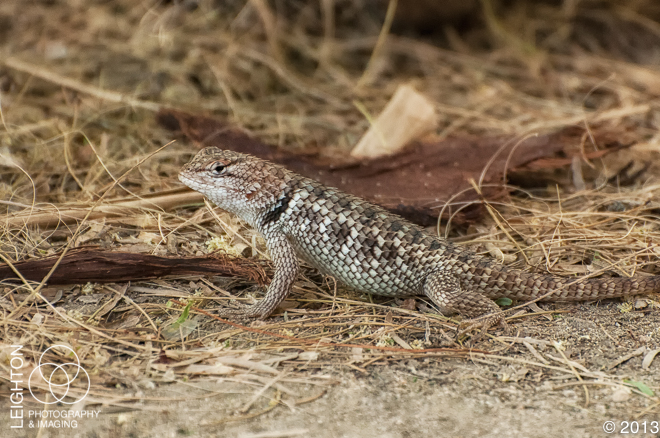 In the next ten minutes, I’d spotted at least 20 big, fat desert spiny lizards with a body length of about six to eight inches. The perfect food for kingsnakes! These were fairly easy to photograph as they are surprisingly alert, assertive, and curious. While the females were beautifully patterned in shades of brown, gray and black with large spiky scales, the males were spectacular! Big black neck patches were accompanied with orange and golden sides with a bright blue to turquoise neck and belly. I spent so much time watching and photographing these lizards that I had to stop myself and go back to work. 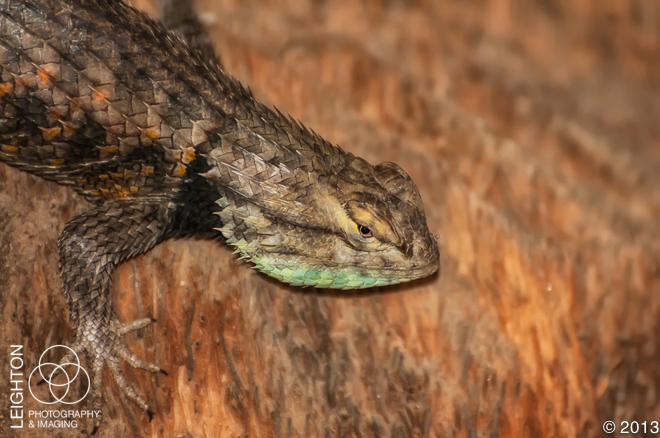 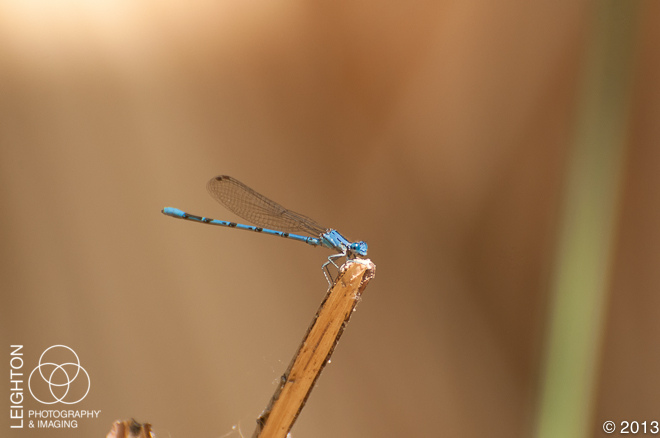 This particular valley has some interesting geography. It would have to allow this beautiful palm oasis to exist in the middle of a bone-dry desert. The Coachella Valley Oasis sits directly on top of the San Andreas Fault – the very point where two tectonic plates are sliding against each other in very slow motion in geologic time, but when the underground pressure builds up, they skip and cause the earthquakes that California is famous for. This instability and deep fissure deep into the earth’s crust forces groundwater to reach the surface which provides the much-needed moisture and hydration to the mineral-rich desert sand. This combination makes a very fertile soil mix for plants, which allows these amazing and peculiar desert fan palms to not only live, but to thrive. And this in turn attracts water-loving wildlife such as the vivid dancer damselfly seen above. 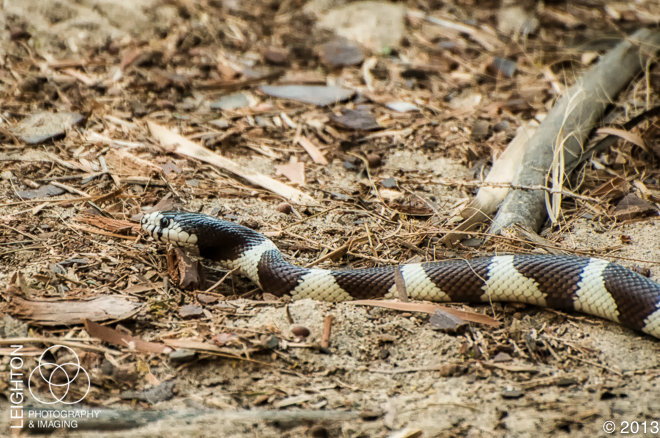 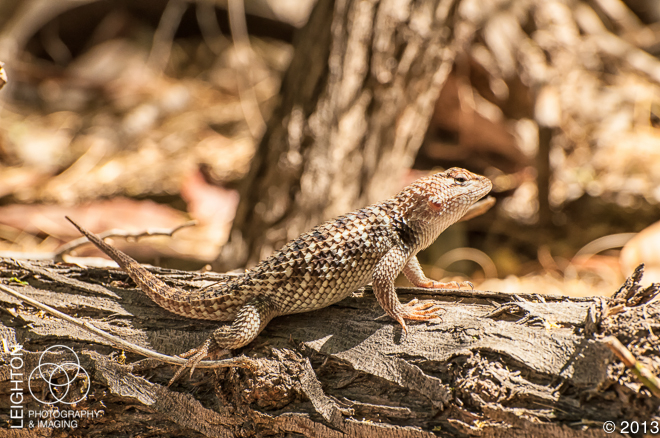 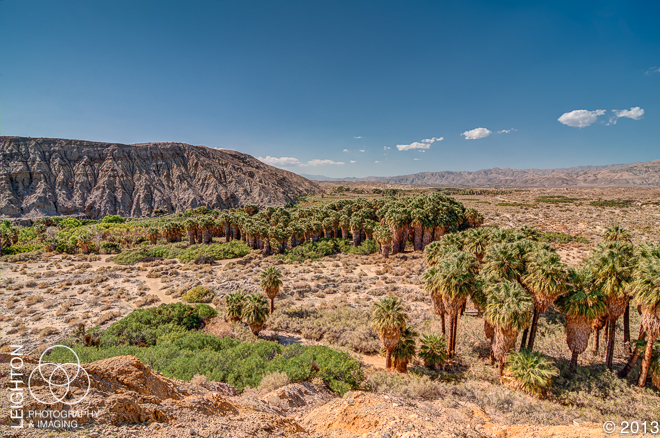 I climbed up a nearby hill to get this shot of the entire oasis from above. The view here is directly above and looking along the San Andreas Fault. These amazing palms have a very interesting story. Not only are they the only native palm in the western USA, they are also the largest native palm in the contiguous Untied States. With fossils dating back to 50-70 million years ago, this palm once reached as far north as Oregon. As the climate in this region get drier and drier over the millennia, the range where the desert fan palm can be found gets smaller and more compact. Luckily there are many small scattered locations all over the Southwestern United States – mostly centralized around the Colorado River area. 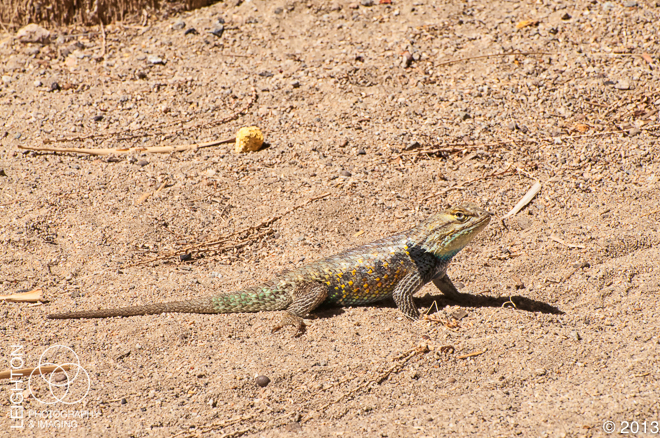 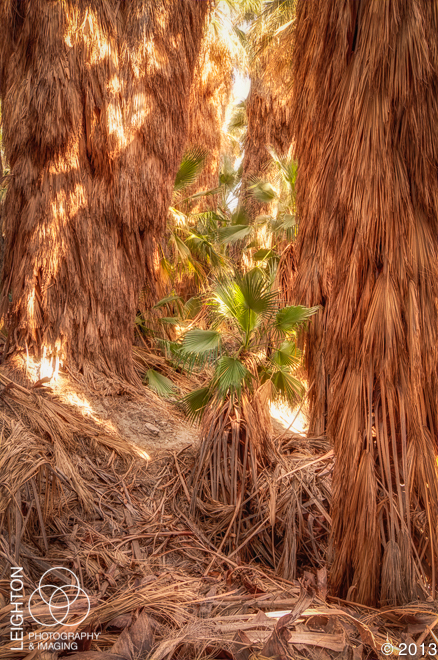 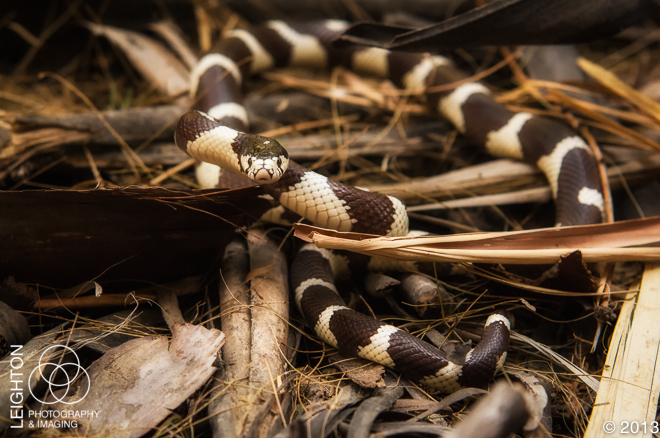 Although I only spent about two hours in the oasis area, I left feeling very satisfied that I had not only left with some of the photographs that I was looking for and hoping to get, I also left with a whole list of questions about the habitat and ecology that will need further trips to this area and a lot of research to satisfy my curiosity. Taking photographs of plants and animals is easy. Understanding the lives and natural history of these species gets trickier, but with patience and a little research you can achieve a much deeper understanding in how all these plants and animals exist, evolve, and depend on each other to produce the next generations that are essential for the survival of all.