The round-tail horned lizard (Phrynosoma modestum) is a member the lizard family Phrynosomatidae, also known as the spiny desert lizards. Horned lizards also happen to be one of the most curious and interesting of the American Southwest desert spiny lizards, which are often called horned toads, horny toad, etc. (no relation to toads). They have several interesting means of avoiding predation by coyotes, cats, dogs, snakes, birds and other lizards: by having near-perfect camouflage with their desert surroundings and when standing perfectly still, horned lizards appear to be completely invisible. When detected or captured, they can sprint short distances and will often puff up their bodies to appear much larger than they actually are. Spiky headgear is an additional defense that makes it difficult for a hungry predator to swallow. 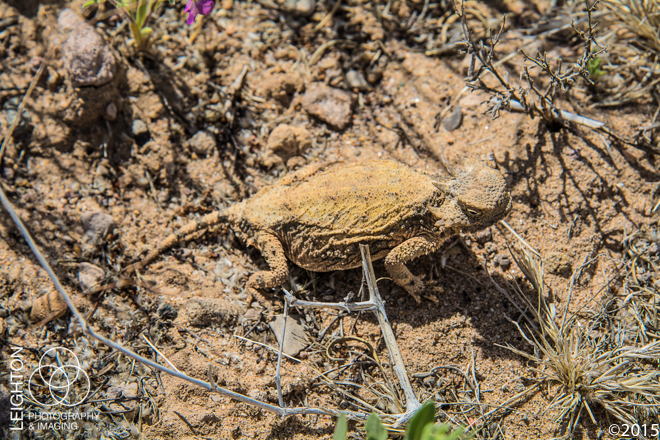 Every time I set out across the country on a wildlife photography trip, there are always one or two plant or animal species that I want more than anything to see for the first time and get on camera. The last time I travelled across the Southwest, my goal was to find the gila monster (and I eventually did) but on this trip I really wanted to find a horned toad. I realize that they are quite common to most people living here, but as someone who lives in the Pacific Northwest and grew up in both Florida and Nova Scotia, this was quite the novelty for me! Ironically, I was walking back to my car because I had to catch a plane in a couple of hours through the desert out in the middle of nowhere while talking to my wife on my phone when I spotted this handsome little lizard. And nearly missed my plane as a result! 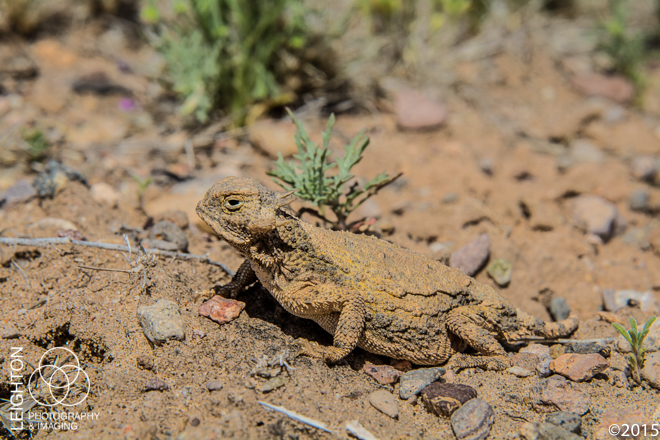 This round-tail horned lizard would not have been spotted had it not suddenly dashed out from where it stood motionless right in front of me in the Chihuahuan Desert in New Mexico’s Socorro County. One of the smallest of the horned lizards, these delicate desert-dwellers make their living eating mostly harvester, honey-pot and big-headed ants, with the occasional termite, small insect or larvae. What is most amazing about them is their natural camouflage! 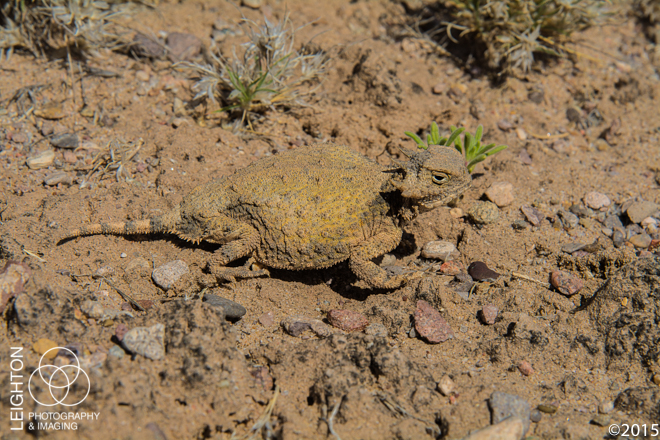 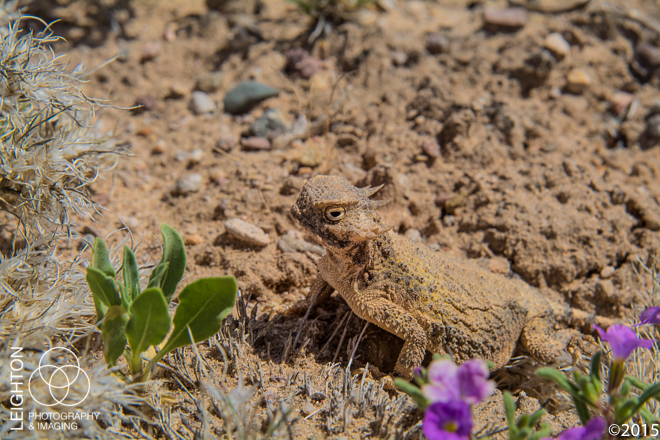 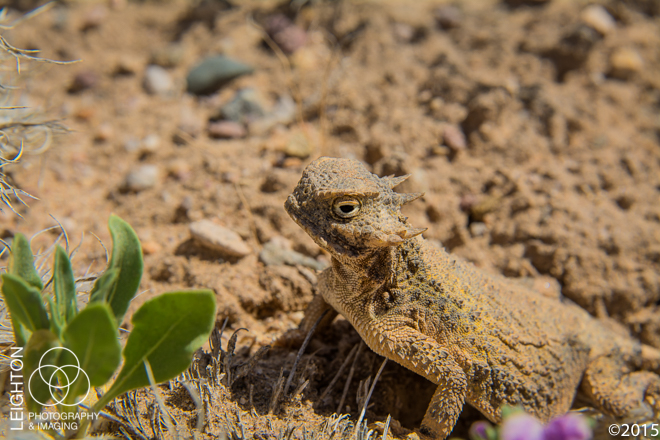 Here are two phone images I posted to Instagram a few minutes after I first found and caught this little beauty. I couldn’t get a clear shot of it from above with my work cameras because it kept running away too fast, so I had to resort to using my phone in the hopes of having enough of the physical characteristics of it in order to correctly identify the species later. Look how puffed up it got when I picked it up – just like a little pancake!

Sunset in the Mojave Desert https://bit.ly/3I3BYye