There is something so wondrous about the summer evening as it fades to dusk when the golden hour lights up the mountains in a warm serene bath of vibrant light and color, and watching the entire horizon transform itself as the light swiftly changes into cooler blues, pinks and violets as the shadows lengthen and as one’s sense of reverence and joy changes to self-contentment and deep reflection. Then suddenly wild shrieking animals unexpectedly shatter your reverie and reality comes crashing back to the present.

Recently I was in Waterton Lakes National Park in southern Alberta enjoying a solo visit to a part of Canada I’ve never visited before. Entranced by the sheer beauty of the Canadian Rockies in this lower part of the province, I was busily and happily enjoying myself while exploring and taking some landscape photographs of Sofa Mountain with beautiful sunset clouds in the background and Lower Waterton Lake in the foreground when not more than four feet away from me the most horrible, blood-curdling shrieking jolted me out of my state of joyous contentment and nearly gave me a ****ing heart attack.

A weasel was hunting and trying to catch a chipmunk right by my camera backpack. They were moving so fast that I only managed to get a couple of shots before they both disappeared into the brush. As far as I know, the chipmunk lived to be hunted another day…. 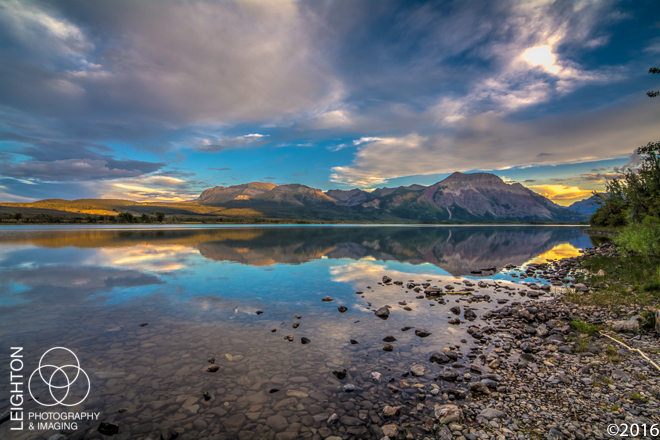 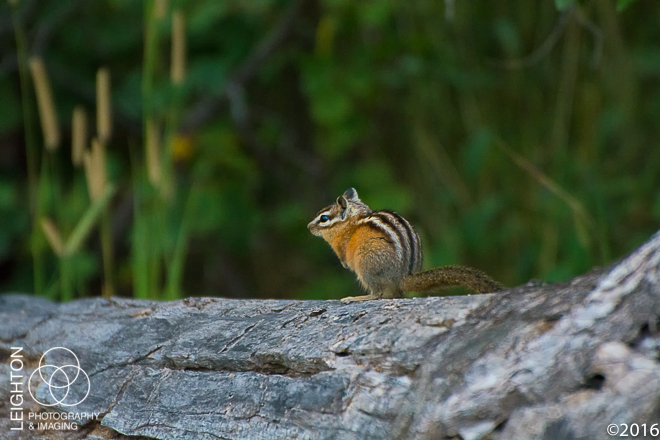 If this little chipmunk looks wary, it is for good reason. It was being actively hunted by a short-tailed weasel (stoat) at the edge of Lower Waterton Lake in southern Alberta’s Canadian Rocky Mountains. 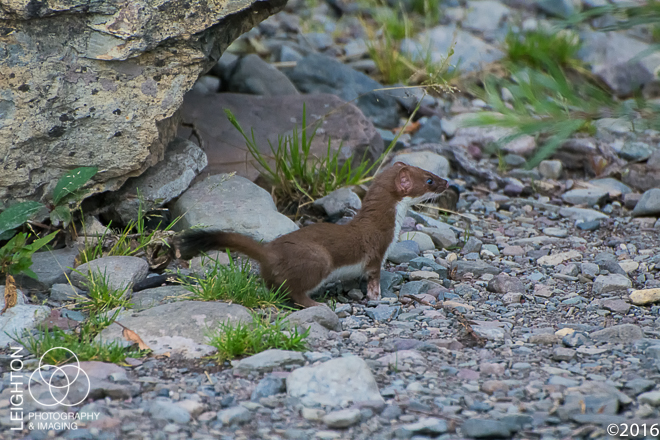 The short-tailed weasel (also known as a stoat or ermine) is a small and voracious predator that will take on prey much larger than itself. It is what as known as a circumpolar species, meaning it is found all around the arctic circle and tends to be found in colder climates. In the United States, it is generally found in the northernmost states, especially in the Cascade and Rocky Mountain ranges. It is commonly found across most of Canada (except the prairies) where it prefers varied habitats in forests, tundra, mountains, wetlands and anywhere varying habitat types converge. 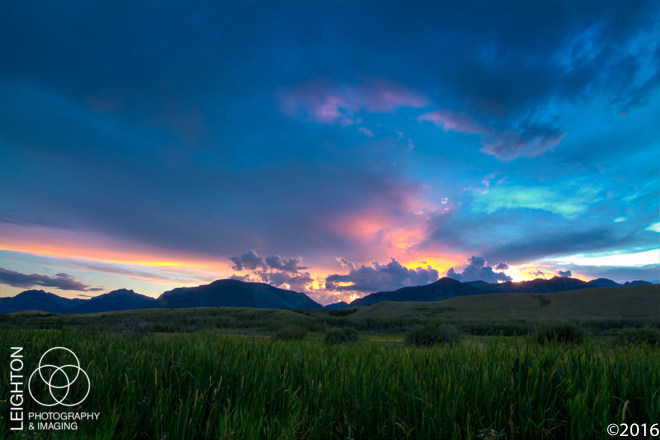 Where the Canadian Prairies Meet the Rockies

As the vastness of the open Canadian prairies butt into the Rocky Mountains, vastly different habitats converge, resulting in an enormous amount of variety in both flora and fauna. Weather patterns are disrupted when open plains meet up with towering rocky towers of rock, which means more rainfall, resulting in mountain erosion giving minerals, shade and shelter that promotes the growth of thick rich forests that teem with wildlife. Such a place is seen here in Waterton Lakes National Park in southern Alberta, Canada with a spectacular summer sunset over a remote duck-filled marsh.