Post #200! Many thanks for all of you who have hung around this long with me through the years! Today I’m still uploading images that have been in cue for editing and uploading to my nature photography website and these just happen to be from places not too far from my home in my adopted home of Washington, the Evergreen State. Click any image to enlarge. 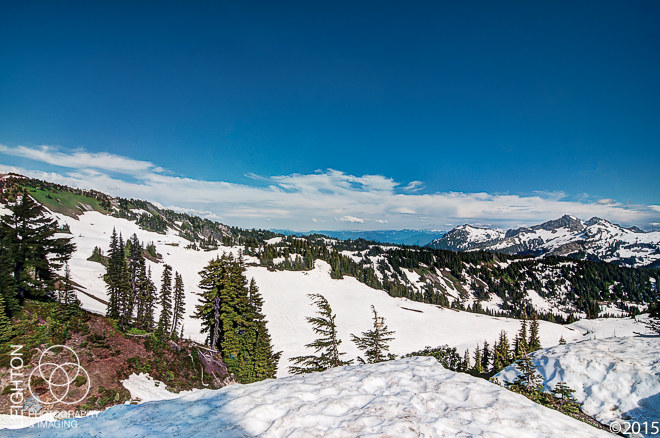 A sunny summer day on Washington’s Mount Rainier just at the top of the tree line above Paradise on the mountains southern face. While the meadows might still be covered in snow, the air was warm and the open spaces were full of blooming wildflowers! 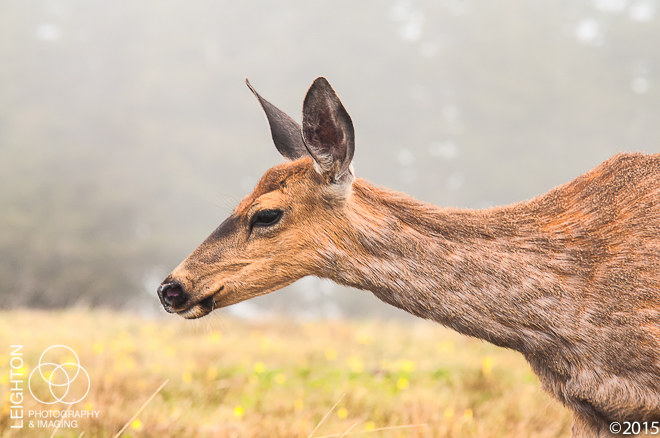 A bold female Columbian black-tailed deer feeds on the wild grasses growing along Hurricane Ridge in Washington’s Olympic Mountains. This subspecies of the mule deer (Odocoileus hemionus columbianus) is found only in the coastal temperate rain forests and mountains of the Pacific Northwest from Northern California to Washington.

A young male Columbian black-tailed deer feeds on the foliage below Hurricane Ridge in Washington’s Olympic Mountains. This subspecies of the mule deer (Odocoileus hemionus columbianus) is found only in the coastal temperate rain forests and mountains of the Pacific Northwest from Northern California to Washington. 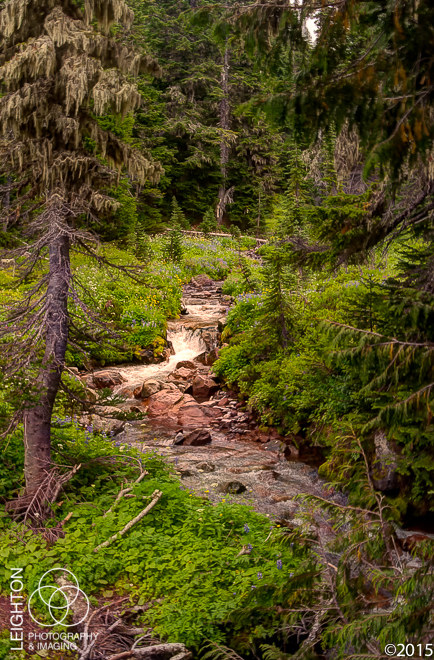 Spray Creek (photographed here close to its source) flows through a series of wooded patches and alpine meadows before gathering strength and more volume as it flows down Mount Rainier’s northwestern face. Shortly below this point, it becomes a raging, turbulent rush over a 300-foot waterfall as it flows down the mountain where it eventually joins the larger North Mowich River. Much further on, it will empty in to the Puyallup River which then will empty in to the Puget Sound. 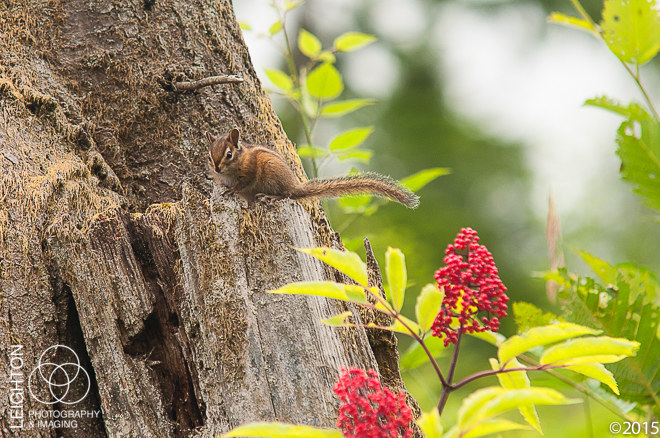 A very rambunctious Townsend’s chipmunk scurries around an old tree stump on Rattlesnake Mountain, about 30 miles east of Seattle. 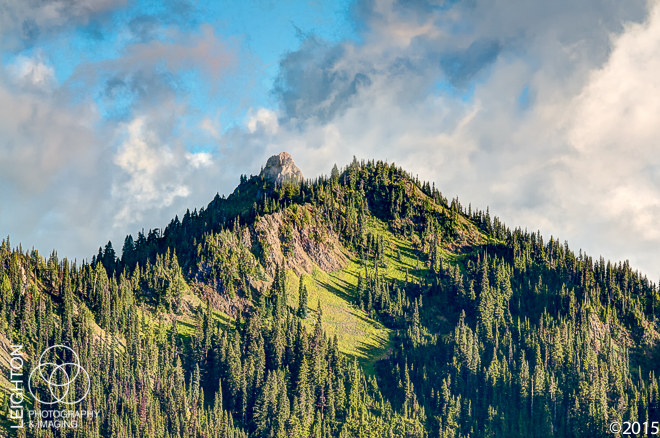 One of the many incredibly beautiful subalpine mountain peaks seen from Hurricane Ridge in Washington’s Olympic Mountains. 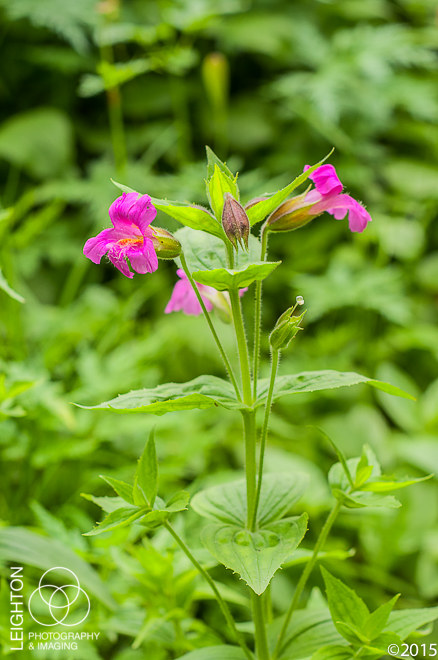 This attractive bright-pink water-loving wildflower in found throughout much of the west coast of North America where middle to high mountain altitudes and icy cold mountain streams meet. Pollinated by bees, the pink monkey-flower (Mimulus lewisii) is named after famed American explorer, Meriwether Lewis. Photograph taken on Mount Rainier, Washington. 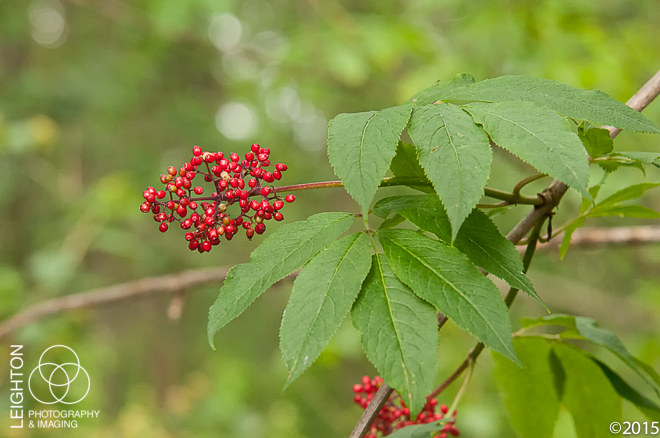 The common red elderberry is found throughout most of North America, excluding the Gulf coastal plain and the states of South Carolina, Arkansas, Oklahoma, Nebraska and Kansas. Not as often used as it once was in the past, elderberries are known to make fantastic jellies and wines. Caution should be used before consuming them – unless properly cooked, elderberries can cause nausea in most people, and the leaves and bark contain toxic compounds that produce arsenic. This one was found and photographed in a small wooded area just south of Seattle, Washington. 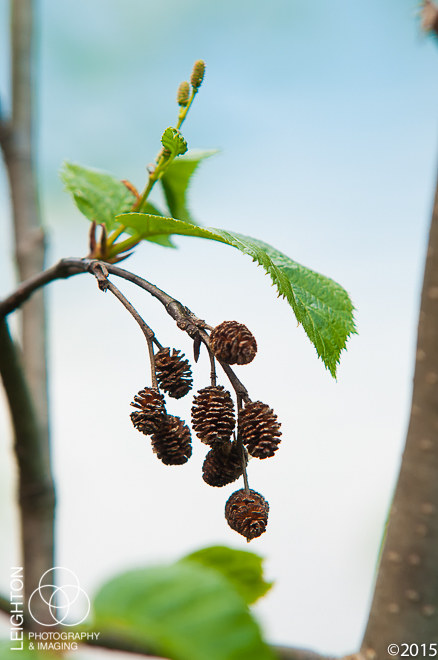 Female catkins of the Sitka alder on a summer afternoon at the very top of Snoqualmie Pass at the edge of Gold Creek Pond. These nondescript small “cones” patiently await pollen to be carried by the wind from the nearby male catkins to ensure the next generation of Sitka alders. 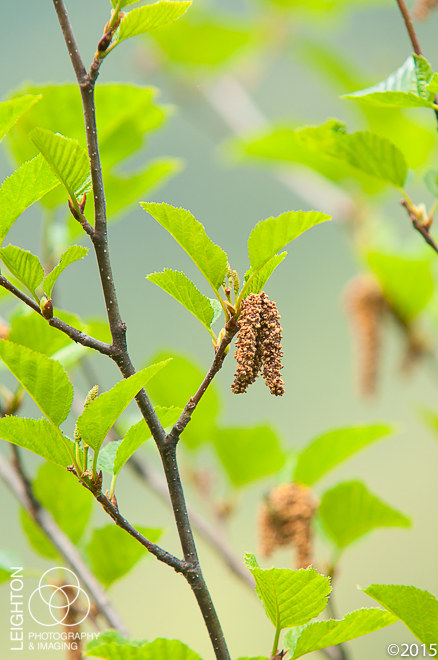 Male catkins of the Sitka alder on a summer afternoon at the very top of Snoqualmie Pass at the edge of Gold Creek Pond. These unlikely looking flowers supply the pollen that will pollenate the nearby cone-like female catkins – not with insect pollinators, but by the wind!