As I was starting to put this post together, I kept adding so many images that it got a bit ridiculous so I decided to break it up into three parts. None of the images in this are necessarily from the same place in Arizona, but cover the entire lower half of the state as I very loosely hugged the border from California to New Mexico. Click any image to enlarge, and if you like what you see, please let me know in the comments below – it really helps me out a lot! 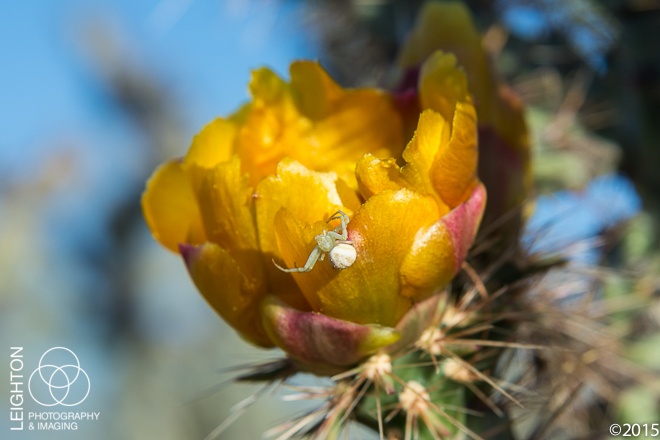 Unexpectedly this whitebanded crab spider popped out of this buckthorn cholla cactus flower as I was photographing it in Southern Arizona’s Organ Pipe Cactus National Monument on the US-Mexico border. These tiny spiders can take down  surprisingly big prey – much bigger than themselves, and this one was clearly well-fed. Bees were everywhere!

Not really a honeysuckle but a member of the acanthus family, the desert honeysuckle is frequently visited by hummingbirds. This one was found growing next to a field in Patagonia, Arizona. 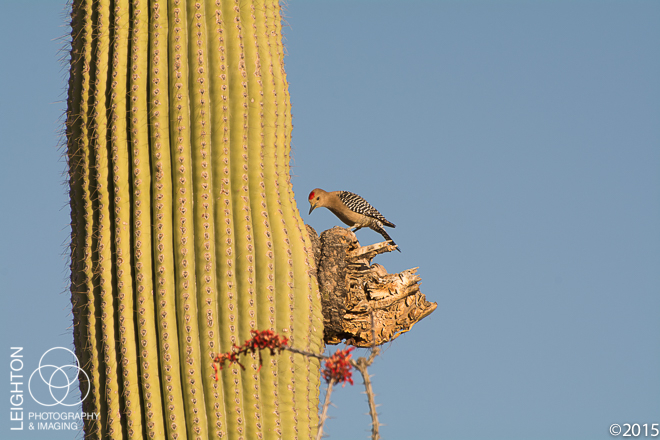 An iconic and noisy bird of the Sonoran Desert, this Gila woodpecker was busy drilling into the dead section of a saguaro cactus early in the morning in Pima County, Arizona. So noisy in fact, I got this shot from just outside my tent. 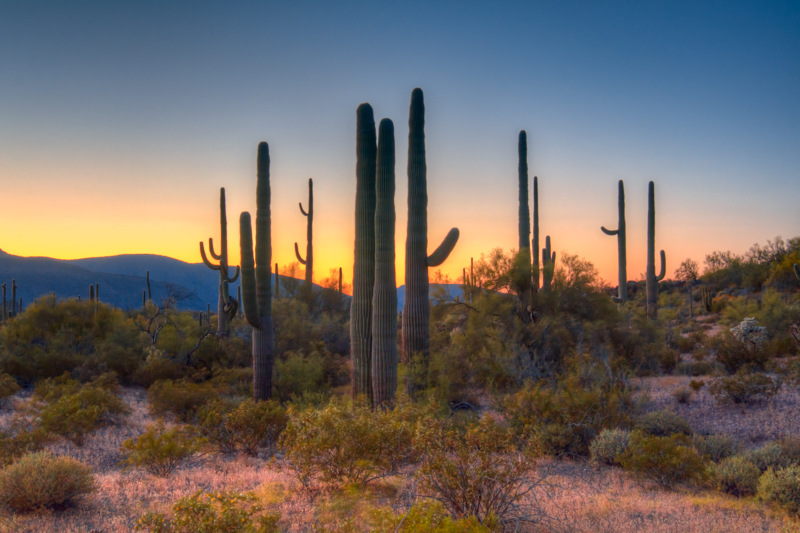 Sunset in the Puerto Blanco Mountains

Saguaro cacti stand tall as sunset fades in the Puerto Blanco Mountains in Organ Pipe Cactus National Monument along the US-Mexico border in Arizona. Truly one of my favorite places in the Sonoran Desert. 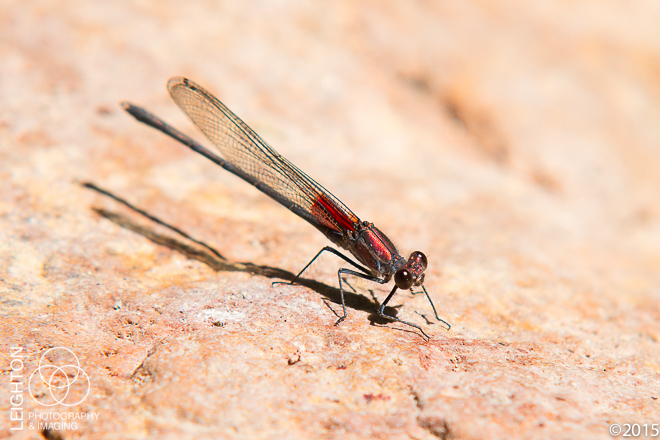 Very similar to the closely-related and common American rubyspot, the canyon rubyspot is a very rare damselfly found only in Arizona. This one was found on a rock sticking out of the water in the Sonoita Creek in Santa Cruz County. 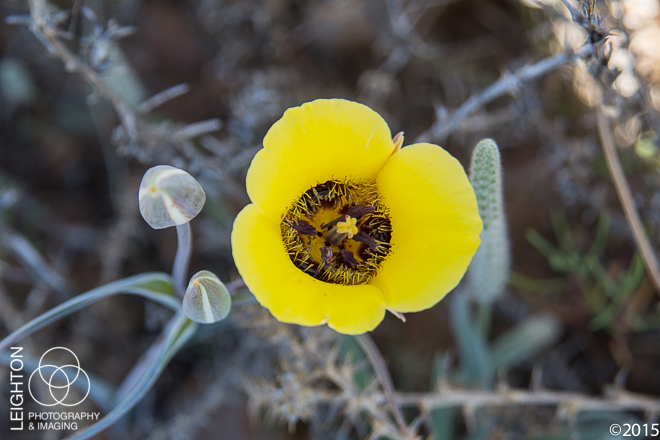 This incredibly yellow member of the lily family was found growing in the grassy hills in rural Santa Cruz County, Arizona on an extremely windy afternoon. It gets its name from the Spanish word for butterfly: mariposa. 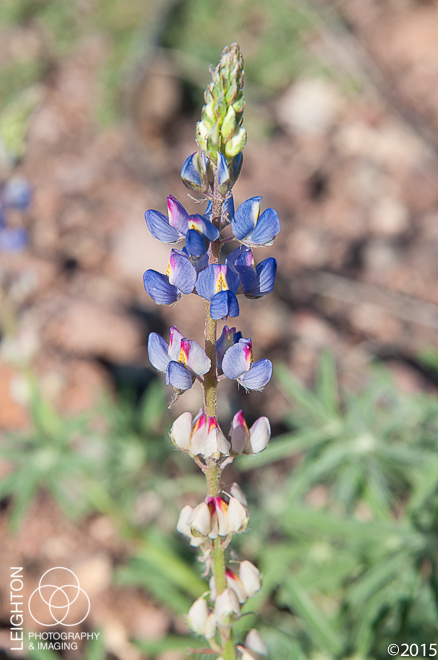 Desert lupine (also known as arroyo lupine or Coulter’s lupine) is found across most of Southern Arizona at low elevations under 3000′. This amazing member of the pea family has a cool adaptation to direct bees to the best flowers: once a new flower opens and a bee comes in contact with it while collecting the pollen, the yellow spot turns red, letting any pollinators know that that flower has already been visited. These lupines were found growing on the side of the road outside of Sells, AZ in Pima County. 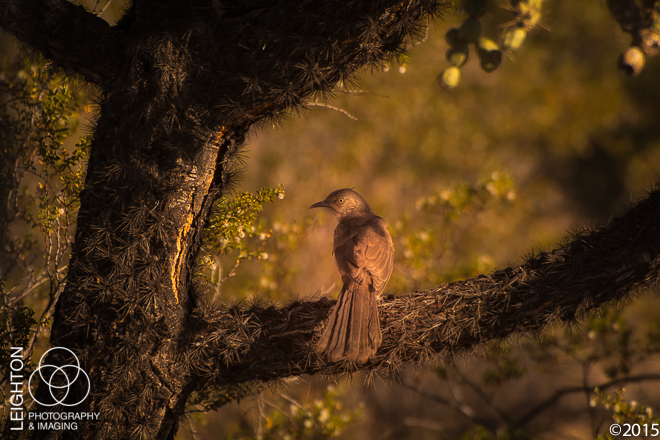 A curve-billed thrasher pauses for a moment in an old hanging chain cholla cactus early in the morning in rural Southern Arizona in the Sonoran Desert about three miles from the Mexican border in Pima County. 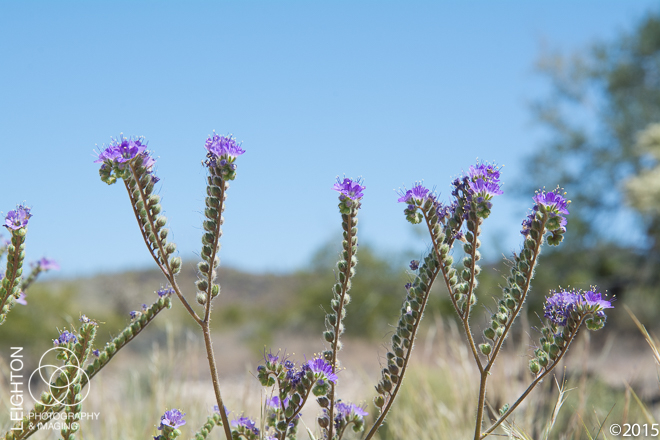 Found throughout many parts of the Arizona and California, I kept running into this beautiful and often overlooked wildflower in the driest parts of the Sonoran Desert in arroyos and roadsides. This one was found outside of Organ Pipe Cactus National Monument. 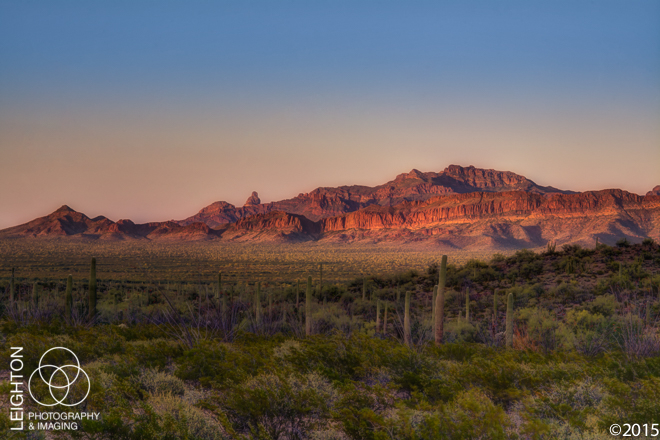 Golden hour in the Sonoran Desert! Big skies, lowlands filled with saguaro and organ pipe cacti, and loads of wildlife and incredible wildflowers – springtime in Arizona is about as beautiful as nature gets! 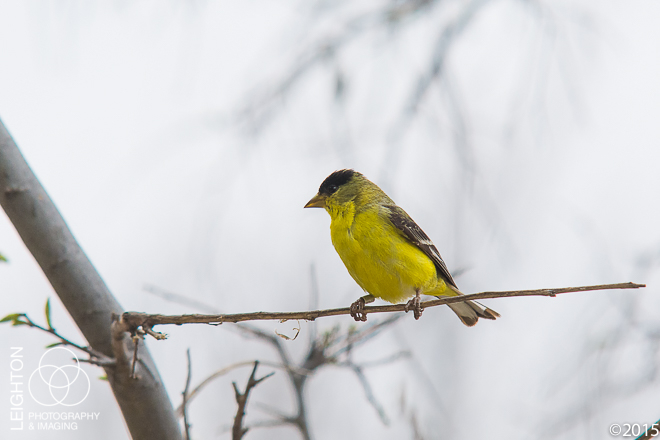 A male (above) and female (below) lesser goldfinch rest in a tree in Cochise County in southeastern Arizona. Smallest of the goldfinches, these attractive finches were photographed near the San Pedro River near Sierra Vista on a stormy springtime afternoon. 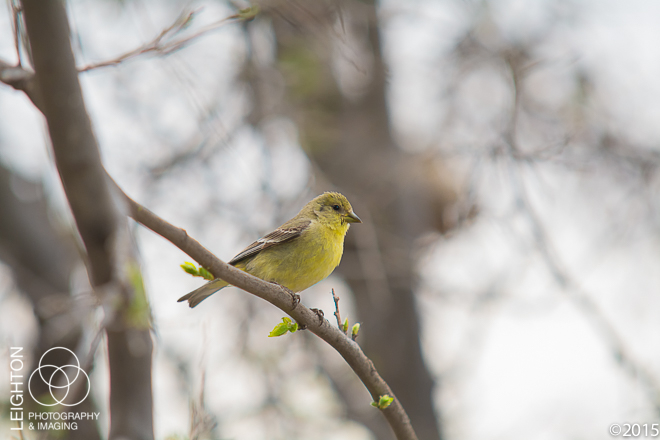