My last trip out to Arizona’s Sonoran Desert, I was adamant about finding the United States’ only venomous lizard – the gila monster. I wasn’t going to leave until I found one and got it on camera. Unfortunately, my luck was terrible and I was finding just about everything imaginable except my quarry. To my utter amazement and astonishment, I spotted this gorgeous pyrrhuloxia – I’d never seen or heard of one before, and thought it was some sort of Southwestern cardinal. As a Florida native who spent a decade in Nova Scotia, then back to Florida before moving to Seattle, Washington – this was a species that just never showed up on my radar. Problem was, it was fast! I followed this bird deeper and deeper into the desert, across countless arroyos and through cholla patch after cholla patch. 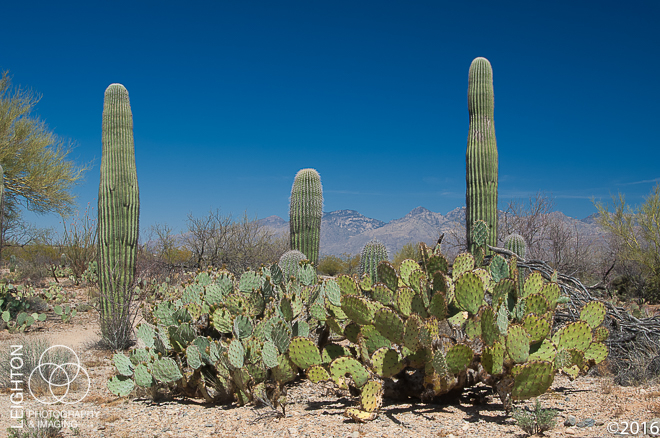 Here’s the dilemma: do I follow this beautiful, unusual bird or do I abandon it in search of the prize? Eventually I got these shots and decided to drop the pursuit. I’d already stayed a day later than I had planned, and I had to get back to searching for the reptile I was eager to photograph before hitting the road to knock out several hundred miles to my next destination. As I turned away from the pyrrhuloxia after watching it soar deeper among the saguaro, my eyes instantly locked on to a mass of black and orange scales…. it was my gila monster! 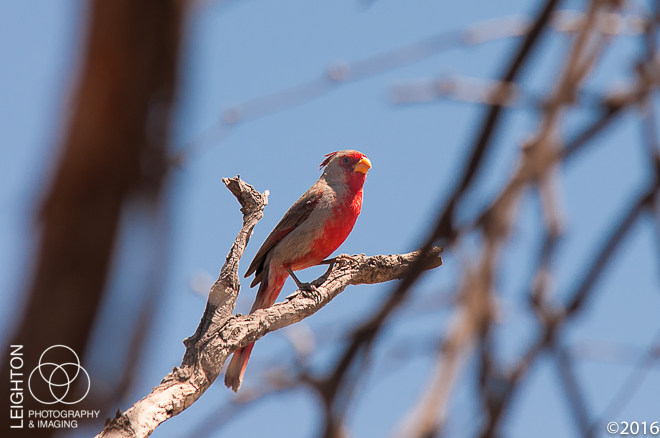 The pyrrhuloxia is a member of the cardinal family that has a range that just reaches into the Unites States in the states of Arizona, New Mexico and Texas. It is very similar in appearance to the more common red (or Northern) cardinal, but has an overall gray coloration with a red face (males) and red crest. This beautiful male was found and followed through the Sonoran Desert in Tucson, Arizona on a hot spring morning. 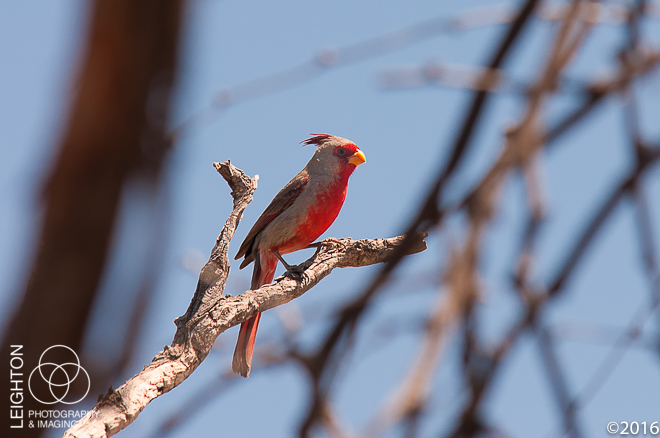 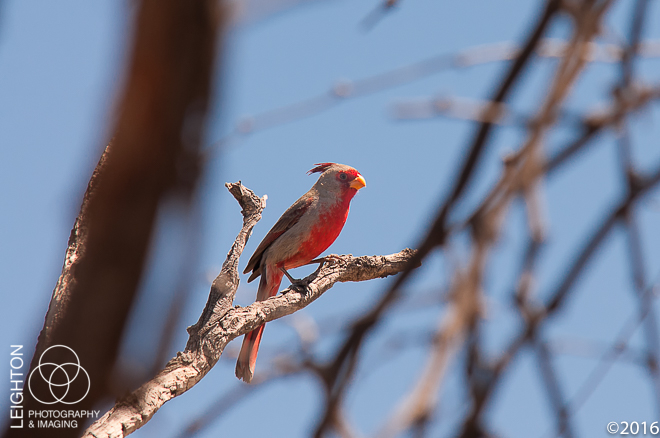 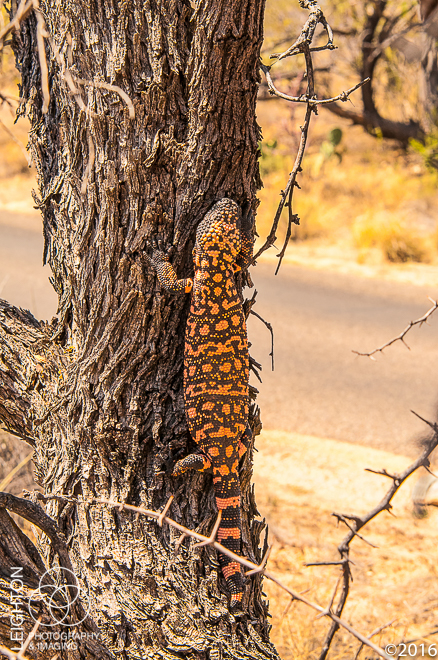 Close-up portrait of a Gila monster. This venomous lizard is only one of two venomous lizards in the world. This one was photographed in the Sonoran Desert just outside of Tucson, Arizona. 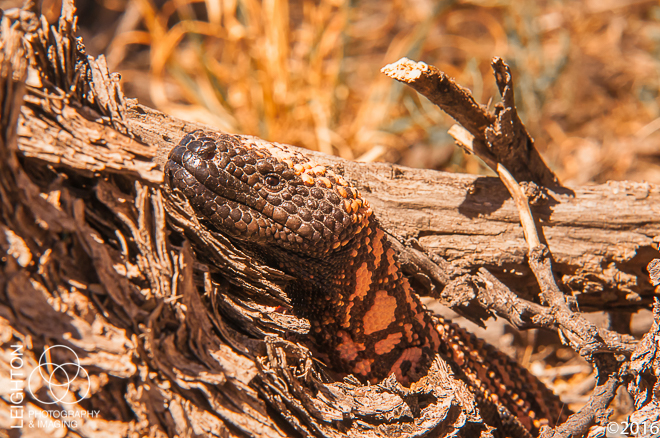 MORE IMAGES FROM THE SONORAN DESERT