Just outside of the city limits of Salt Lake City, Utah – on the Great Salt Lake is a remarkable mountainous island called Antelope Island. Also a state park, this island has a wonderful natural history along with a very interesting habitat and diversity of wildlife. In order to keep this post short and sweet, I’ll leave many of the details out, but with highlighted links for more in-depth reading. 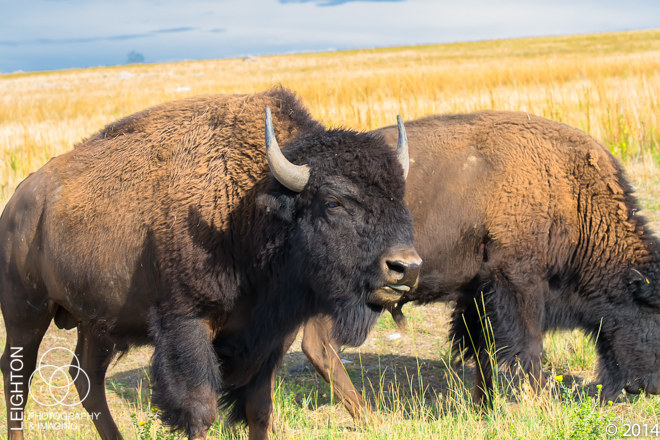 There is a free-ranging, currently publicly-owned herd of wild bison (commonly and incorrectly called buffalo) on Antelope Island that number upwards of 700 or more individuals. The habitat is perfect, as there are no wolves, bears or other predators, and the only limit to population is the amount of land that can support them. Antelope Island is roughly 42 square miles of mostly grassland and prairie, broken up by the occasional ancient rock formation. Sharing the island are pronghorn antelope, mule deer and bighorn sheep. The only current access to the island is a road built over a causeway, which since its construction has never affected the island’s genetic isolation. These bison never leave the island, nor do no new ones arrive from the mainland. Since genetic research has shown that all of today’s modern wild bison at least share some hybridization with modern domestic cattle, one thing is for certain: these Antelope Island bison have a distinct genetic heritage from all other bison in North America. They are potentially the most pure, in regards to the ancient populations that lived here up until Europeans first encountered them.

Fossil records show that bison have evolved and expanded across the north hemisphere in North America , Europe and Asia since the last ice age. In North America, several species of bison are thought to have thrived after the arrival of the first humans and the extinction of most of the ancient megafauna and other predators, such as the saber-toothed cat and dire wolf. The lack of competition for grazing across the vast prairies meant virtually no limit to population growth, considering the continent’s vast size and recently extinct herds of other large herbivores. 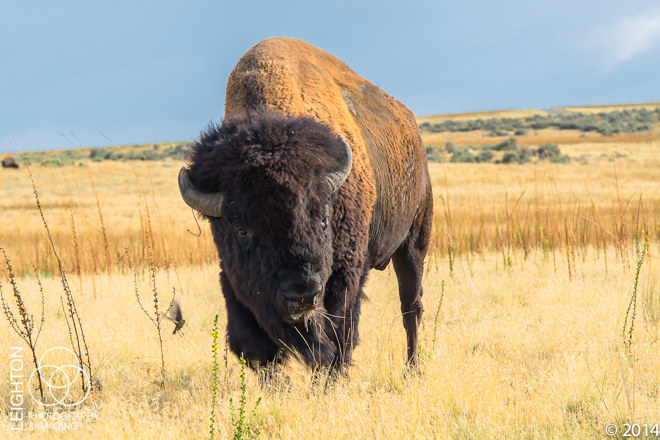 The American bison (Bison bison) is the only surviving species of bison in North America today. 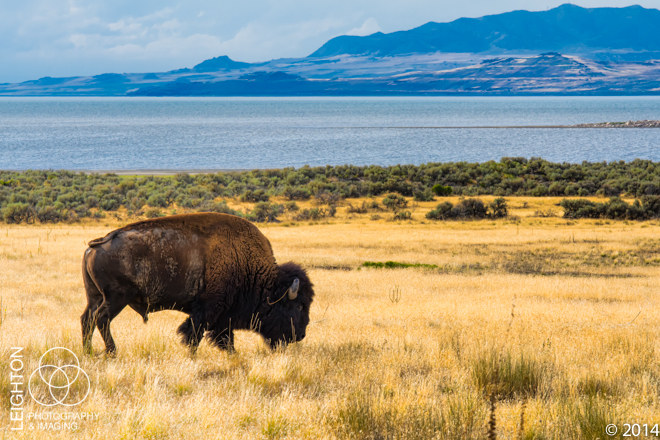 This population has been on the island since 1893, long before modern hybridization programs in attempt to make the much larger bison taste more like commercial cattle beef. Hopefully under careful management, this “herd apart” will continue to thrive far into the future as a genetically viable population.

The bison of Antelope Island are easily seen when visiting the island, particularly on the on northeastern corner. The adventurous or lucky might get to see coyotes, bobcats, golden eagles, bald eagles, snakes, lizards, birds, and even a couple of rare orb-weaver spiders that build their huge traps among the rock formations found all over the island!

More of my images from Antelope Island