This past week I happened to be in one of my favorite places in the entire United States – Arches National Park in Eastern Utah’s Moab Desert. The last time I was here last year there was a huge storm that pretty much killed any chances of getting any good photographs, and as I was getting close to the area this time, another storm was raging. Luckily, by the time I arrived, the storm had passed, and the pools of water that remained meant one thing – desert amphibians! Click on any image to enlarge. 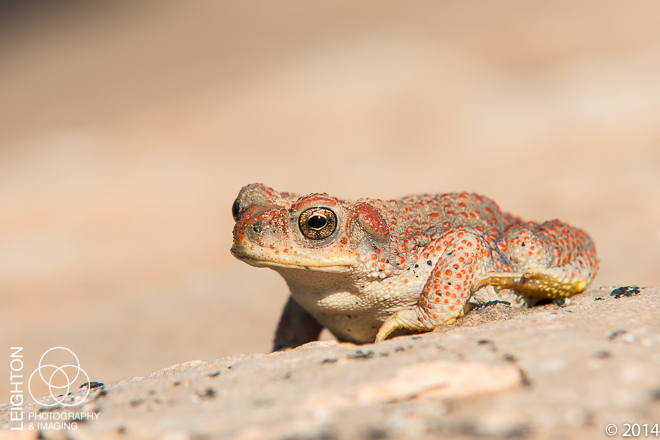 At home in the heat of the American Southwest, this red-spotted toad slumbers throughout the driest parts of the year, and emerges with the rains that come in spring and summer. This one was photographed in the Moab Desert in Eastern Utah. 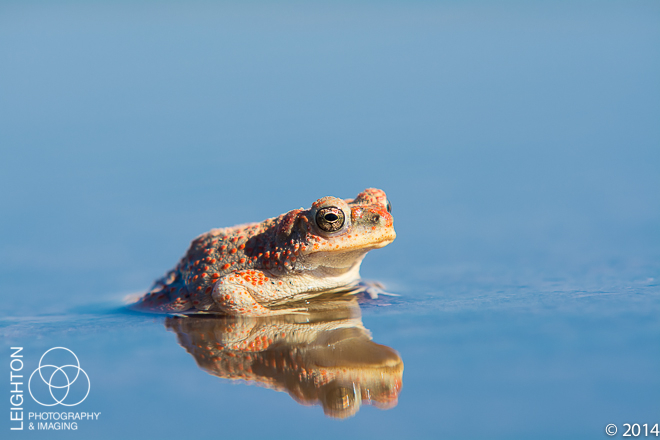 A red-spotted toad is reflected in a rare pool of water – a leftover from a massive storm that passed through the Moab Desert the night before. The brilliant blue sky reflected beautifully from this angle. 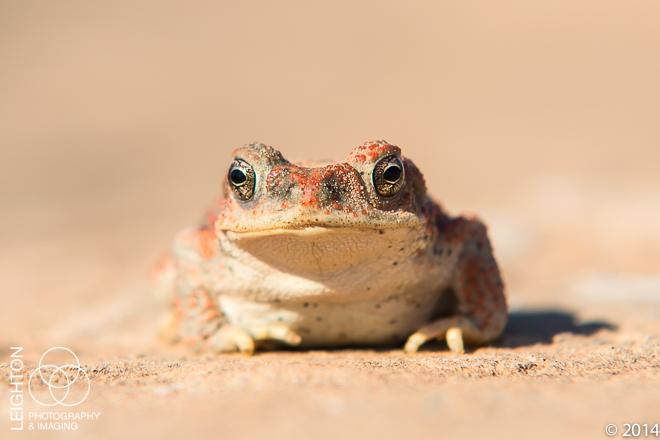 Close-up of a red-spotted toad, one of the few amphibians found in the deserts and plains of the American Southwest. Because water is scarce in these areas, they can be often heard after a heavy rain as a piercing high-pitched trill that means the males are calling for females, as breeding opportunities are few and far between. Eggs are laid singly and fertilized, and will hatch within hours. Six to eight weeks later, the tadpoles (if they survive and the water lasts long enough) will reach adulthood.