Yesterday I was in sagebrush country – that vast open wilderness that is Central Washington and is home to rolling hills covered with sagebrush and rabbitbrush, rattlesnakes and coyotes, crumbling basalt rock formations and wide open blue skies. Near Vantage, WA, a small village near the mighty Columbia River, I was taking a walk through the ravines and arroyos where I discovered a beautiful type of beetle I’d never encountered before. Actually it was a single antelope bitterbrush (a type of flowering desert shrub) full of them! Click on any image to enlarge or get more information. 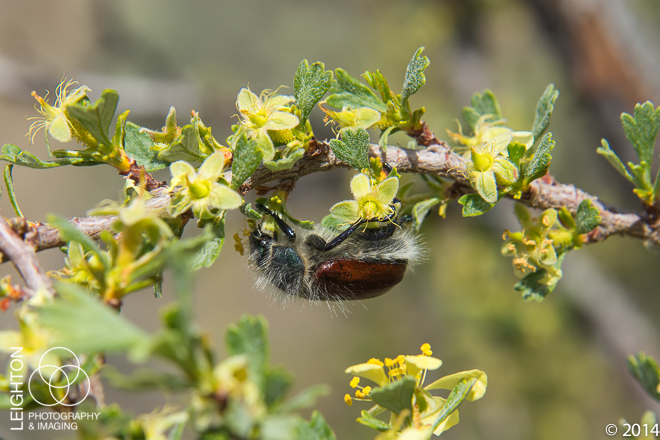 As I pride myself on my ability to identify any species of wildlife very quickly, this was going to be a fast ID. Metallic green head, thorax and undersides, coppery-red elytra (hard wing-covers) and overall looking very much like your typical June beetle except for the unusual thick long hairs covering the undersides and forward anterior half – no problem: plenty of unique identification clues. Turns out that among the various university websites and zoological databases in the Pacific Northwest there is almost no mention of them, except for a brief description out of Utah along with a very good photo and another two-sentence description from Oregon State University, both of them stating that not much is known about these except that they are sometimes found eating the flowers on apple, pear and peach trees and may or may not be a threat to agriculture pertaining to these important crops. 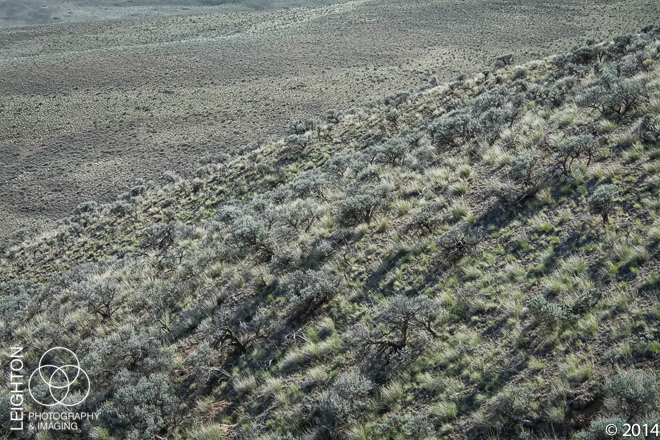 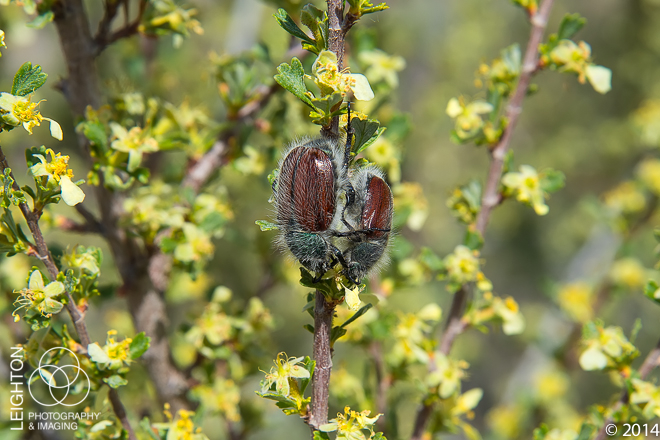 What I did find is the correct common and scientific name: little bear beetle (Paracotalpa granicollis). Besides being a member of the scarab beetle family (infamous for their importance in ancient Egyptian mythology, art, and culture), there is not much mentioned except that not much is known. That said, I’m adding my observations that I didn’t find that I hope will add to the traits of this beautiful, metallic insect. I found it in a dip in a very dry landscape in Wanapum State Park, presumably where there is a bit more moisture judging by a close-by stand of cottonwoods in an area that was more or less dry and arid with no trees. All of the beetles I saw were in an antelope bitterbrush (Purshia tridentata) around noon and every one of them appeared to be sleeping instead of feeding on the small yellow flowers. In fact, all of the flowers on this bush looked completely untouched. I touched several of them and they moved sluggishly, but none of them seemed hurt or damaged. Since most June beetles (the most similar species that I know well) are active at night, I’m guessing that these must be too. Walking around the area, I found other similar bitterbrush bushes, but none of them had beetles in them. 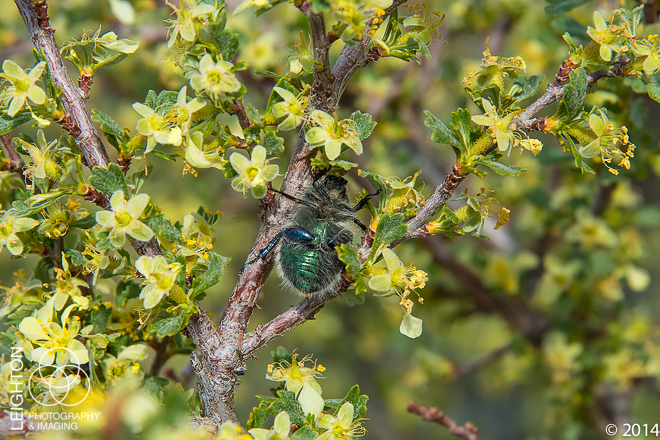 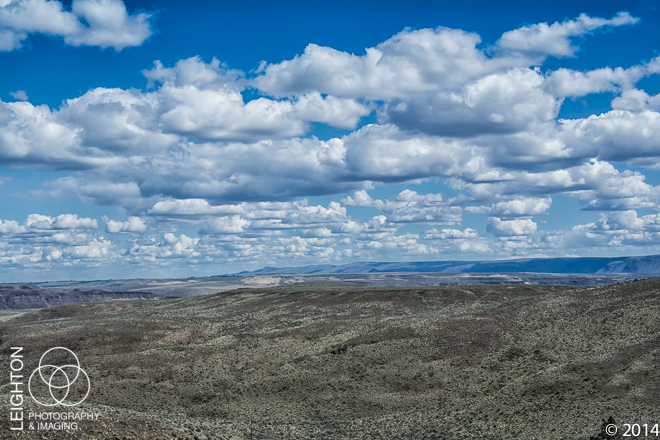 Sagebrush Country and the Big Sky

Hopefully more will be known about these gorgeous penny-sized scarab beetles as time goes on. Oddly enough, none of my various field guides from around the country have them listed, and not even the genus is listed. Just goes to show that the work of science is never done.